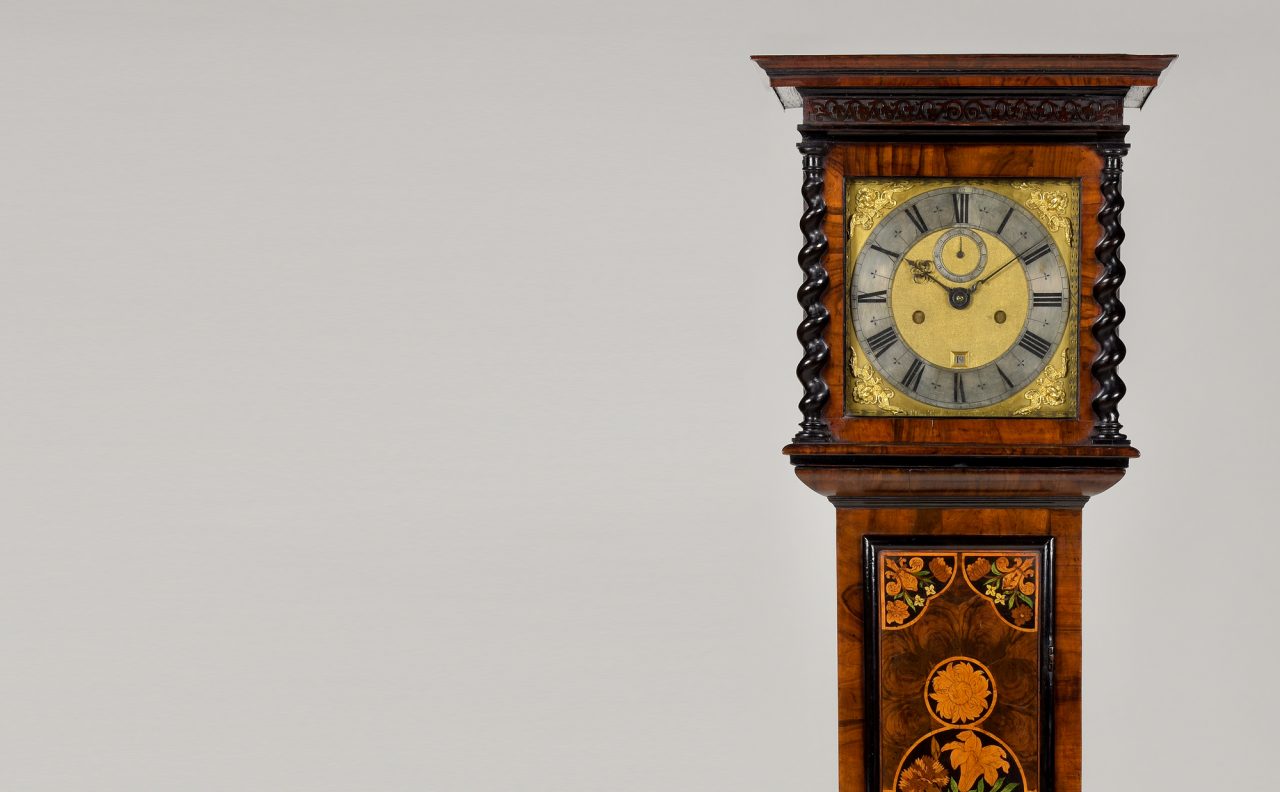 At the Sign of the Dial, a selling exhibition at Howard Walwyn Fine Antique Clocks  of Kensington Church Street, London takes place from 12th-26th November 2019.

Featured items include a James Clowes Charles II period architectural walnut longcase clock from around 167o – 1675, valued at £180,000. The superb 10 inch square brass dial is signed on the
dial plate below VI James Clowes Londini fecit. It has four winged cherub’s head corner spandrels, pierced and faceted blued steel hands and finely engraved narrow chapter and
seconds rings. James Clowes was born circa 1643 in Astbury, Cheshire and was the brother of John Clowes. He became a Free Brother in the Clockmakers’ Company as a ‘Great Clockmaker’ in April 1671 prior to his brother John. This rare clock would have been one of the very first that James Clowes made.

Also featured is a fine Charles II period Phase I ebony veneered quarter striking bracket clock with an 8-day movement dated to around 1682. With an asking price of £320,000, this is signed Tho.Tompion Londini Fecit to the lower edge and has finely chased gilt-brass winged cherub spandrels adorning the corners. The engraved silvered chapter ring has both Roman and Arabic chapters and Tompion’s sword hilt half hour markers. The elaborately pierced and finely sculpted blued steel hour and minute hands which are set off by the finely matted centre are typical of his work.

Tompion made very few clocks like this example to his Phase I design with a full striking train. The great majority are timepieces with repeat work. The present clock is fully illustrated in R.W. Symonds’ book Thomas Tompion His Life and Work.

Celebrating 25 years in business, the exhibition is a rare opportunity to see some superb clocks by makers including Thomas Tompion, the Knibbs, John Ebsworth, Daniel Quare, John Ellicott, Mudge & Dutton, the Vulliamys and more.