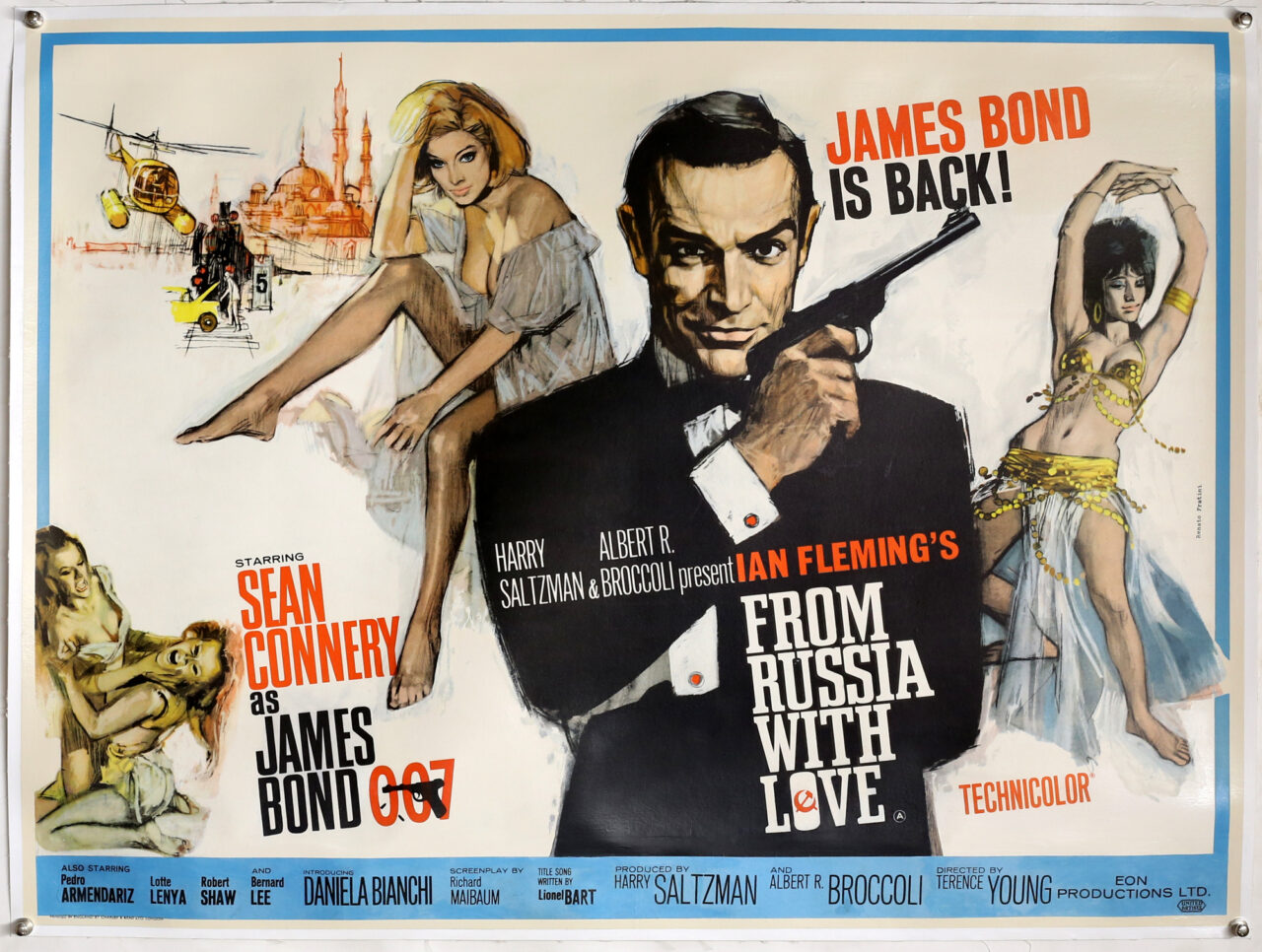 When the film Dr No was released on October 5, 1962, it launched a 007 phenomenon that is still running strongly 60 years later. Now Ewbank’s, the Surrey auctioneers who have taken over £1 million from dedicated James Bond sales, are marking the anniversary with 150+ lots of Bond film memorabilia and collectables on October 6th.

Highlights includes an official replica ‘golden gun’ signed by Roger Moore and Christopher Lee, a rare first edition of the first Bond book, Casino Royale, highly collectable movie posters for Thunderball, starring Sean Connery, and even casino chips from Daniel Craig’s debut film Casino Royale. Together the lots are expected to sell for up to £75,000.

The sale is just the latest in a series of 007 sales that have netter Ewbank’s over £1m since they first launched in early 2019 with one themed as Bond and Beyond.

Ewbank’s specialist Alastair McCrea, who has overseen the concept auctions for all of that time, says: “Ian Fleming’s James Bond has everything for the collector. Strong storylines, mixed with glamour, mystery and adventure have made the film franchise widely and wildly popular over the years, starting with the inspired casting of Sean Connery as the first 007.”

As a Bond aficionado, McCrea is regularly in contact with some of the most influential 007 collectors.

“The gadgets, costumes, posters and other memorabilia, including the books, make it as accessible as possible. Few collecting fields have as much potential and such a wide following.”

So valuable have Bond collectables been that they have even been targeted directly in burglaries. In March 2020, thieves broke into a north London home to steal five deactivated guns used in Bond movies, collectively valued at over £100,000.

The Ewbank’s sale includes a broad range of posters from the Sea Connery years, as well as rare promotional material and highly decorative first editions of the Ian Fleming books, the most desirable being a First Edition, First Impression of the first book, Casino Royale, from 1953, published by Jonathan Cape and estimated at £5,000-8,000.

“The allure of James Bond is as strong as ever,” says McCrea. “We now hold several sales a year dedicated to the 007 phenomenon and bidding is as vigorous as it’s ever been.”

Live online bidding is available via the auctioneer’s website at www.ewbankauctions.co.uk