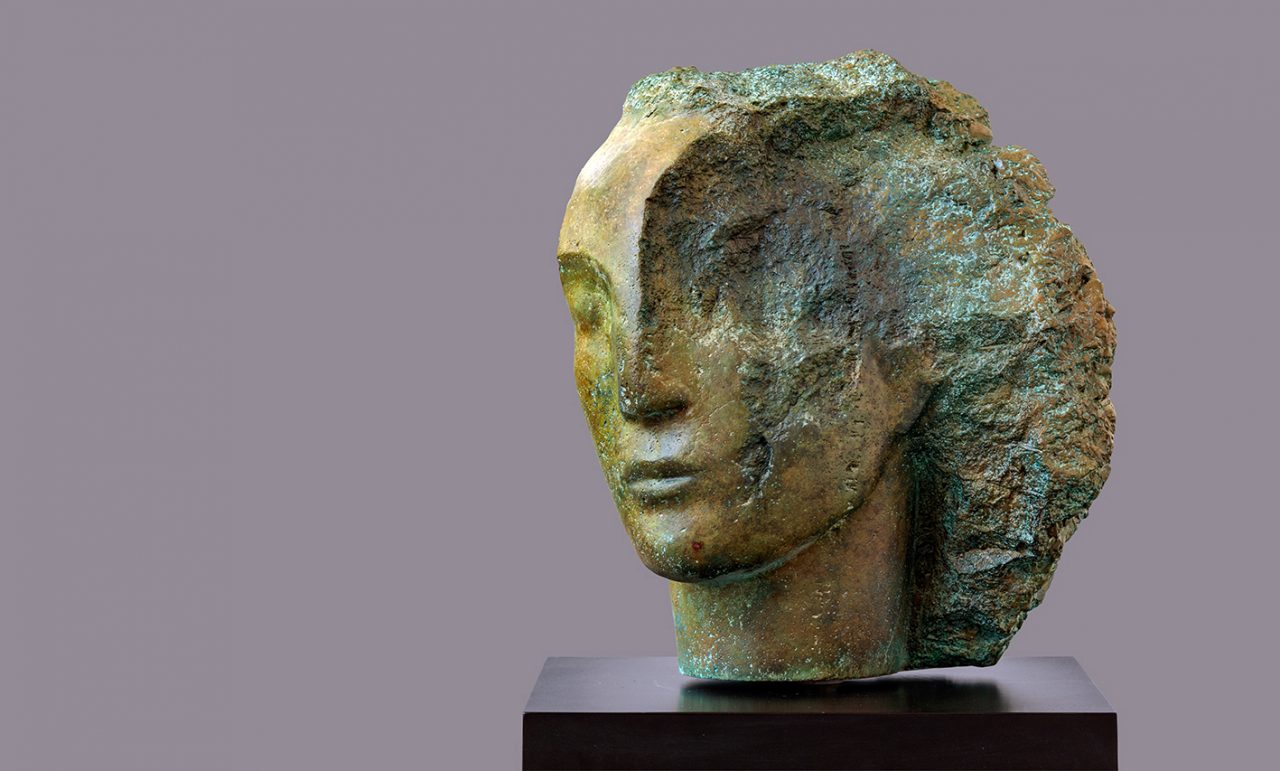 Emily Young, born in 1951 and described by the Financial Times as ‘Britain’s leading living stone sculptor’, is exhibiting her latest works at the Bowman Sculpture Gallery in St James, London, from November 21st 2019.

“Amidst the shock and shame of knowing how much life and beauty we destroy for such short-term gains, there is also the most powerful love and awe at the beauty of our planet.

“And the shock and shame and the love and awe are conjoined in these pieces, to carry forward this consciousness to our descendants, if they exist, and to the future generally, perhaps to none and nothing. But the carved stones are here, and they are going nowhere: they will survive far beyond our imaginations. They carry the poetry of human consciousness and the terrible knowledge, the agony of loss.”

Her grandmother was the sculptor Kathleen Scott, a colleague of Auguste Rodin and widow of the explorer Captain Scott of the Antarctic, and Young is a former muse of Pink Floyd (supposedly the song See Emily Play was written about her). Young currently resides in a monastery in Tuscany, and is regarded as one of the world’s most prominent environmental artists, the majority of her pieces being heavily inspired by the climate crisis. Last year an environmental art project in which she placed giant sculpted heads on the seabed to prevent illegal fishing made world headlines.