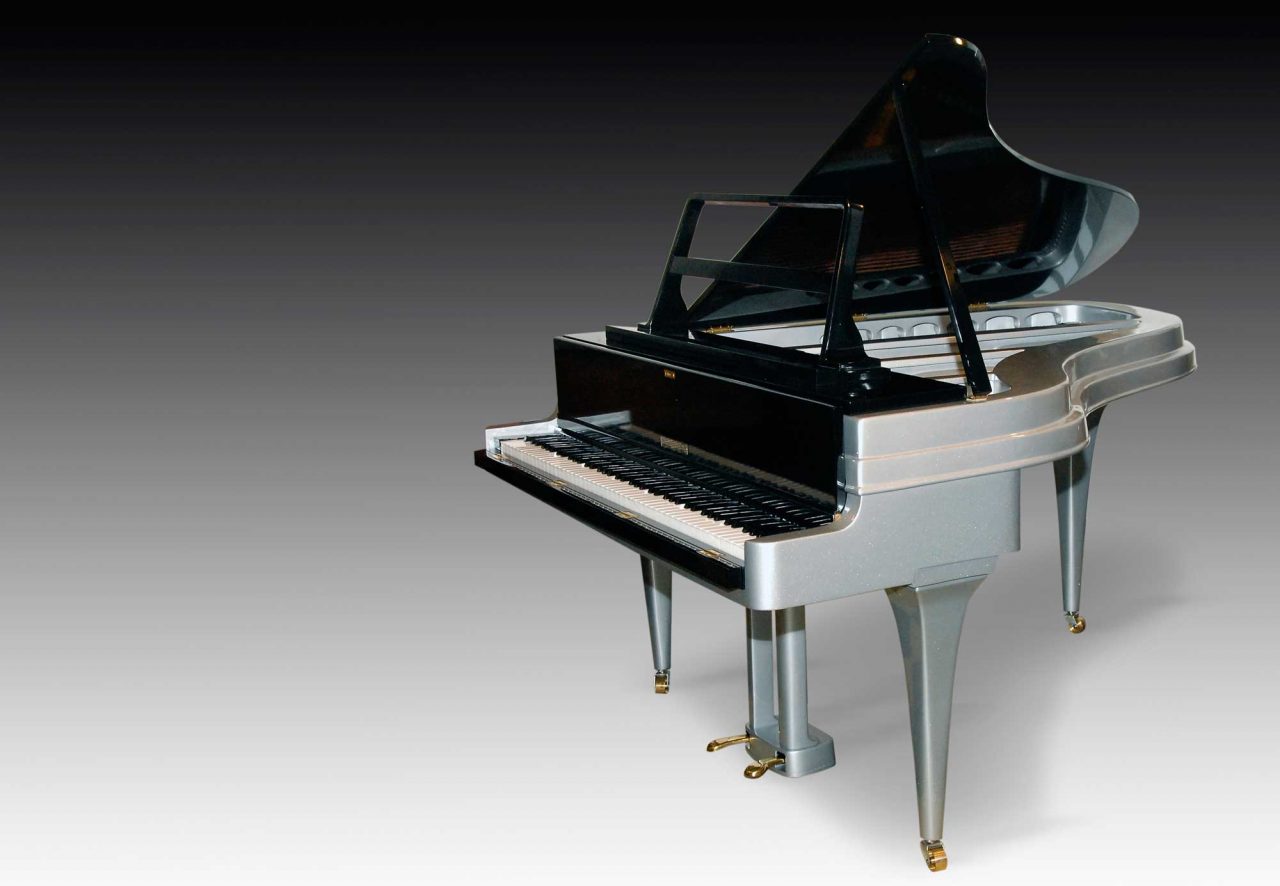 Dreweatts auctioneers is to offer an exceptional private collection of rare pianos in a landmark sale on September 23rd, 2021. The collection was amassed by David Winston, who holds a Royal Warrant as Restorer and Conservator of Pianos to HM the Queen. It comprises 26 unique instruments dating from the 18th century to present day.

Among those expected to achieve the highest bids is a rare 1925 Pleyel grand piano fitted with an original ‘Auto Pleyela’ self-playing mechanism, in a spectacular Chinoiserie Louis XV case (estimate £40,000-£60,000) and a remarkable double piano from Pleyel, which is one of only 50 ever made. This model, which has a guide price of £30,000-£50,000, was once owned by the concert pianist wife of French writer and minister of culture André Malraux. (Top of page: Dutch aluminium grand piano, designed in 1965 by pioneering Dutch piano maker, Johan Rippen (1909-1994), Estimate £12,000-£15,000.)

Speaking about the sale, Will Richards, Deputy Chairman of Dreweatts said, “It is rare to see so many exquisite pianos together in one sale. We are proud to offer such an outstanding collection of instruments of such quality, history and craftsmanship. It is also very exciting, as this is the first time the collection has been offered in its entirety. Spanning three centuries of craftsmanship and innovation, this is a historic sale and a wonderful opportunity to own a piece of piano history.”

The pianos have been collected by one of the world’s foremost piano restorers, David Winston, who has restored some of the most valuable pianos in the world, including those owned and played by the greatest names in classical music, including Beethoven, Chopin and Liszt. David Winston has a connoisseur’s eye for exceptional quality and unusual provenance. Many of his pianos are one-off pieces with significant historic importance. His collection represents a lifetime’s passion coupled with an exceptional depth of knowledge and personal involvement.

Commenting, he says, “The first thing for me is that it must be something that nobody else has. It must be both an excellent musical instrument and a beautiful object. Each was chosen for its unique place in history, art and culture.”

Among other highlights in the sale is a Wurlitzer 1411 Butterfly grand. At only 4’1” it is one of the smallest 88 note grand pianos ever made. It features an iconic case design, making it one of the most highly sought-after Art Deco instruments of all time (estimate £10,000-£15,000). Another is the first piano ever built by David, a stunning Viennese Fortepiano created in 1991, based on an original by Joseph Brodmann, 1823. A remarkable instrument, the piano has been used internationally in many recordings and concerts by some of the world’s leading musicians (estimate £15,000-£18,000).

399 Days in Yorkshire With Rachel Kneebone

Lucy Kent and the Magic of Landscape