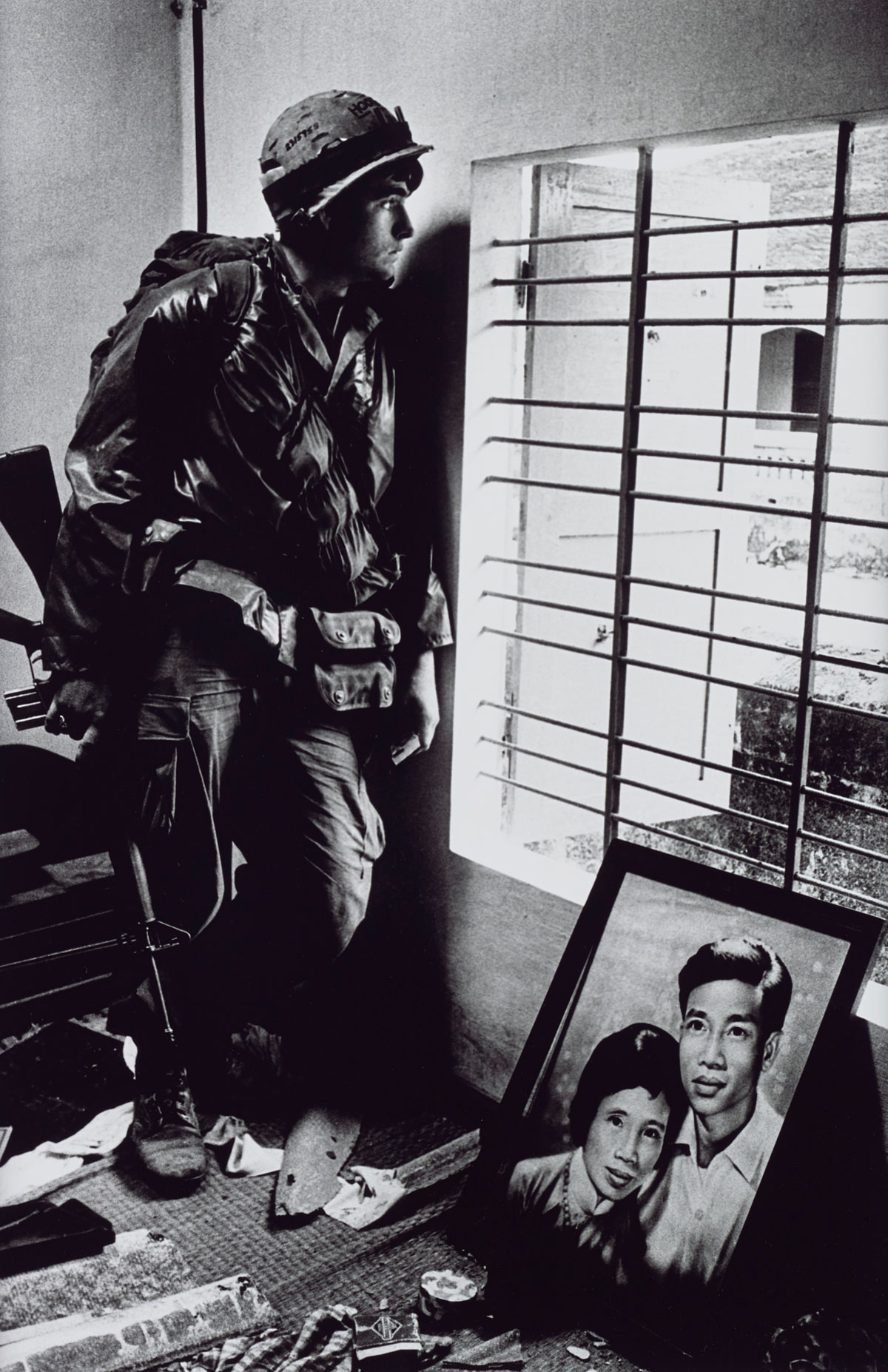 With over 250 photographs, all printed by McCullin in his own darkroom, the Tate Britain’s latest exhibition offers up room after room of great and terrible images by the legendary British photographer.

McCullin is renowned as one of Britain’s greatest living photographers for his work as a photojournalist and war correspondent. His 60-year photographic career can be examined in this full retrospective, exhibiting from 5 February to 6 May 2019.

Here, images of conflict from around the world—including Vietnam, Northern Ireland, Lebanon and Biafra—feature alongside McCullin’s work in documentary photography, landscape, still life, and his travel assignments. Notably, the exhibition also includes the Nikon camera that took a bullet for him in Cambodia, emphasising the reality that McCullin’s photographs are often taken at great personal risk.

The exhibition begins amid the bomb-damaged streets of north London, where McCullin spent his impoverished youth and began documenting his surroundings in the 1950s. When The Guvnors, a portrait of a local gang, was published in The Observer in 1958, it launched his career as a photojournalist. Working for both The Observer and The Sunday Times Magazine, McCullin went on to capture the appalling fallout of conflicts from Vietnam and the Congo to Cyprus and Beirut.

Indeed, some of McCullin’s most iconic and impactful photographs are included at the exhibition. Shell-shocked US Marine, The Battle of Hue (1968), Starving Twenty Four Year Old Mother with Child, Biafra (1968) and Northern Ireland, The Bogside, Londonderry (1971) all feature, bearing haunting witness to a journey across the world.

McCullin’s documentary photography in Britain also makes up a significant part of the exhibition. Engaging scenes of poverty and working class life in London’s East End and the north of England are shown alongside other photographs taken around the country, including character studies of people at the seaside and at Ascot.

Drawing towards its close among the meditative landscapes of the British countryside, the exhibition reveals the landscapes and still lifes that became a focus for McCullin from the 1980s onwards. Huge, immersive panoramas of Somerset, where he has lived for the past 30 years, can be compared to the textured compositions taken mostly in his kitchen that play with the concept of light.

McCullin’s current ongoing project ‘Southern Frontiers’ fittingly connects the two key strands of his work: conflict and landscape. For years, McCullin has been documenting the physical remains of the Roman Empire in the North African and Levantine landscapes, including that of Palmyra. Returning to Syria last year, he documented deliberate destruction and demolitions.

It is these powerful works, including The theatre on the Roman city of Palmyra, partly destroyed by Islamic State fighters (2017) that mark the end of the exhibition.