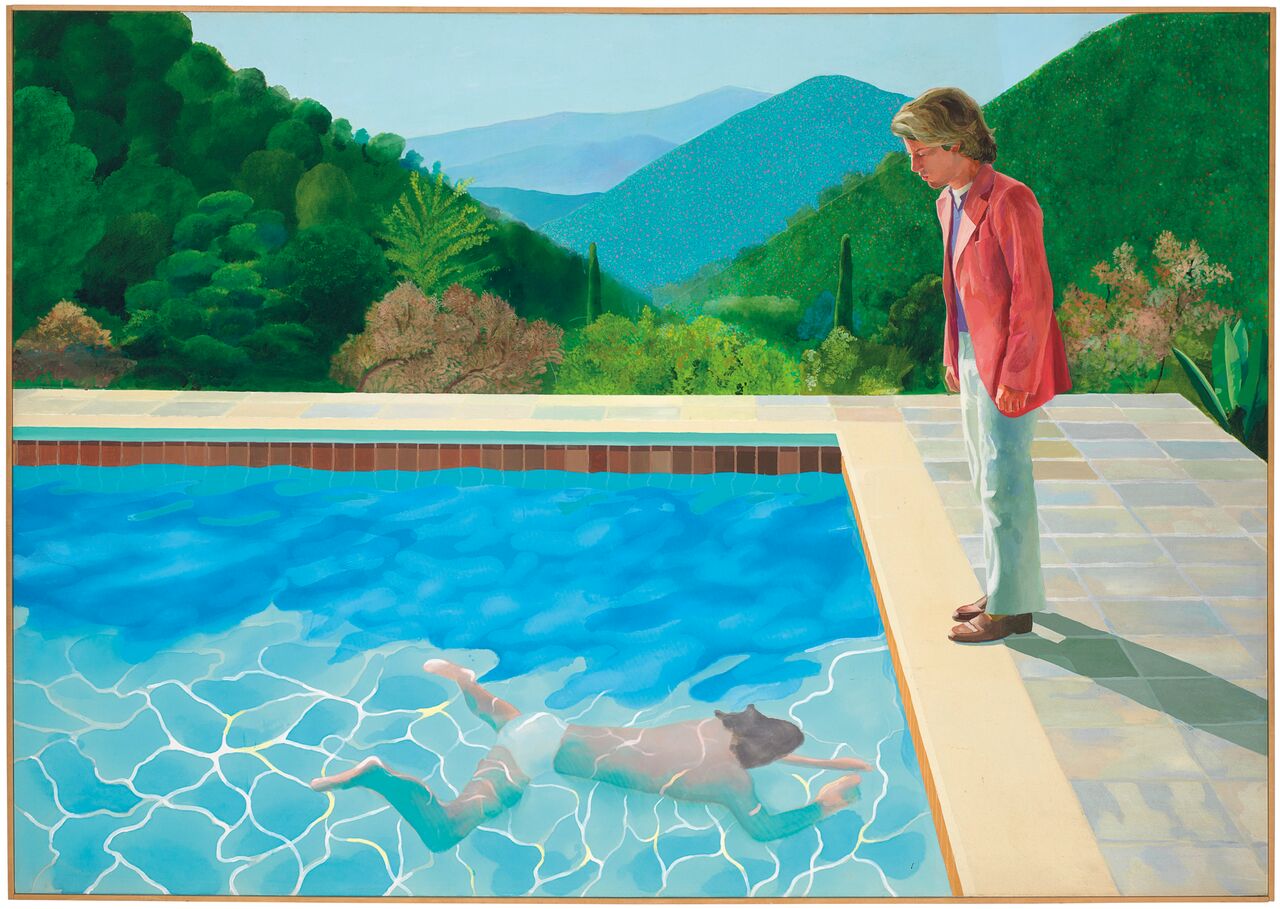 Celebrated British artist David Hockney has set a new auction record after Portrait of an Artist (Pool with Two Figures) (1972) sold for $90.3 million at Christie’s auction house in New York.

After more than nine minutes of bidding, one of Hockney’s most iconic images set a new world record price for a living artist, helping Christie’s Post War and Contemporary Evening Sale to realise $357.6 million on 15 November.

Applause is said to have broken out after the oil painting was sold to an anonymous telephone bidder for significantly more than its pre-sale high estimate of $80 million.

Christie’s called the Hockney ‘one of the greatest masterpieces of the modern era’.

‘We rarely can say, “This is the one opportunity to buy the best painting from the artist.” This is it,’ Ana Maria Celis, vice-president of post-war and contemporary art at Christie’s, said.

Portrait of an Artist (Pool with Two Figures) is a story of two compositions. In 1971, Hockney destroyed the work after months of reworking, deciding to return to the concept in April 1972 ahead of a planned opening exhibition at New York’s André Emmerich Gallery.

‘I must admit I loved working on that picture,’ he would recall. ‘Working with such intensity; it was marvellous doing it, really thrilling.’

Los Angeles’ pools would become the setting for many of the 81-year-old artists’ major works of the 60s and 70s but Portrait of an Artist (Pool with Two Figures) is undoubtedly one of his most revered.

The image has appeared on the cover of a number of monographs about the artist and was part of an international retrospective that celebrated his 80th birthday in 2017.

The record for the most expensive piece of art ever sold at auction is held by Leonardo da Vinci’s Salvator Mundi, which sold for $450.3 million just last year.

If you enjoyed this article, see: David Hockney Exhibition: The Life of a British Icon

This auction has been one of many exceptional sales this year; find out more on Arts & Collections.