Modern British furniture manufacturing leads the world, with its design flair and traditional hand skills setting the highest standards. But what does it take to continue an illustrious history of furniture-making?

British furniture-making has always set the highest standards in design and manufacturing quality, and it’s fascinating to realise how much its styles and materials are influenced by world history.

From the Restoration period of the 1660s-1680s, when the return of the king and his court from exile led to an age of ‘magnificence’, to the French influence of the “William and Mary” style in the 1700s, it has often been the tastes of royalty which have set British furniture trends. Equally influential in other eras have been the skills of the master cabinet-makers such as Chippendale and Sheraton, whose books The Gentleman and Cabinet-Maker’s Director and The Cabinet Dictionary influenced generations of craftsmen.

While Victorian design often harked back to previous eras, with Norman and Gothic influences evident, with the coming of the 20th Century all bets seemed to be off—in Britain, Art Deco, inspired by the 1925 Paris Exposition Internationale des Arts Décoratifs et Industriels Modernes, took off only when mass production and cheaper materials made the styles more readily available to the middle classes.

Yet even as the demands of the mass market led inexorably towards Scandinavian minimalism and the tyranny of the flat pack, British quality furniture manufacturing maintained standards of skill and innovation. But, as Richard Davidson of luxury bespoke furniture company Davidson of London points out, “Not all furniture is created equally”.

See Also: How Is the Luxury Furniture Market Developing Worldwide? 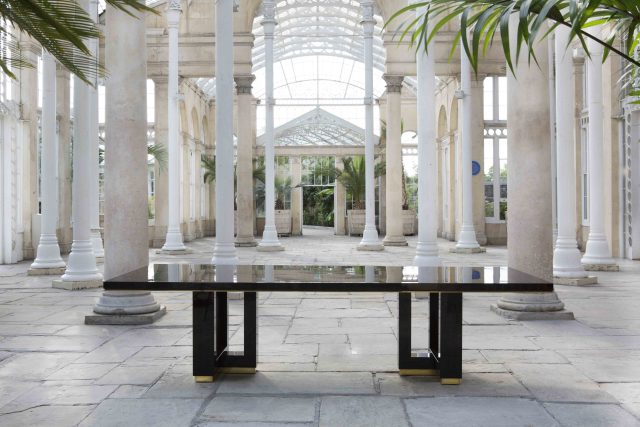 Davidson, based in Chelsea Harbour, London, was founded in 1986 by experienced antique furniture dealer Richard Davidson and his partner Dierdre. It remains a family business, with PR veteran Alexandra Davidson serving as Managing Director, and sister Claudia Davidson bringing her publishing experience to a directorship and PR role.

The company maintains standards of hand crafting, attention to detail and luxurious quality, symbolised by a discreet plaque on each piece. “If you’re paying a lot of money for a piece of furniture, then people have every right to be demanding, so we have to come up to the mark,” says Richard Davidson. “Furthermore, if everything was made abroad and then shipped out to our customers, how would we assure that the quality meets our own standards?”

“Our furniture is made entirely to order, which separates us from other ‘off-the-shelf’ makers and retailers. As a result, no two pieces are identical. Some will require coordination from numerous specialist outworkers from all around the UK, as well as our team of 20 expert cabinet makers and polishers. As well as our in-house experts, we work with external artisans and craftsmen throughout the country, including a firm of specialist gilders, carvers, woodturners and highly skilled metalworkers.” 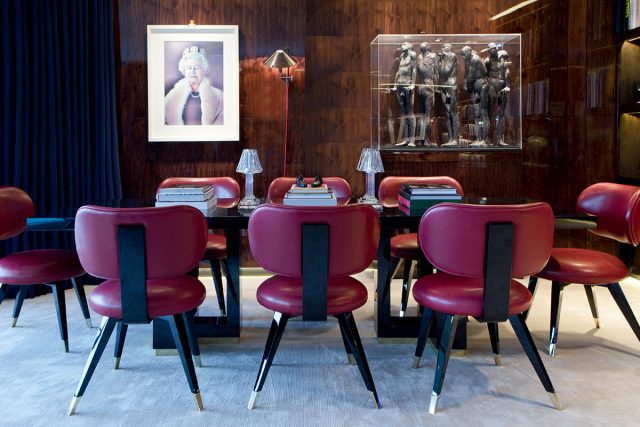 To create the hand-carved panels for the Galaxy Drinks Cabinet, for example, Davidson calls on a wood carver who previously managed a team of woodworkers when ornate, Regency-style furniture was in fashion.

The company can also offer a bespoke service. “Fashions have changed the way in which people furnish their houses,” says Richard Davidson. “Previously, bedrooms might have featured an antique, freestanding wardrobe, or there’d be a separate, dedicated dining room. But an increasing number of homes are now open plan, which has driven demand for more fitted furniture.”

Davidson also responds to changing tastes in other ways, offering for instance the colourful West Coast Collection, inspired by designer Anna Standish’s passion for American interior design from the 1970s.

Another creative approach is to collaborate with interior design companies. The stunning Howes dining table, hand-carved and finished in beautiful grey pebble anegre with bronze inlay, is the product of a six-month collaborative process with Taylor Howes. The striking radial pattern to the anegre top and luxurious bronze riverbed relief were inspired by the nature of passing time. As Taylor Howes chief executive Karen Howes explains, there was also a more practical reason for the shape, so that no one would have to sit at the head of the table, making it feel less corporate. The result was a piece of furniture that is as much a piece of art as a functional table. “We wanted it to be beautiful whether it was laid or unlaid,” says Karen Howes.

The creation of the Howes table is typical of Davidson’s demanding process of hand construction, incorporating 40 individual pieces of exotic flame-figured veneer, which have to be neatly joined in the middle.

All the timber work and riverbed bronze detailing are hand-carved, and, when it comes to polishing, each piece is individually lacquered before being assembled. Two semi-circular elements then form the base of the table in this time-consuming hand-finished design.

See also: Iconic Djinn Chairs As Seen in 2001: A Space Odyssey for Sale from Chiswick Auctions