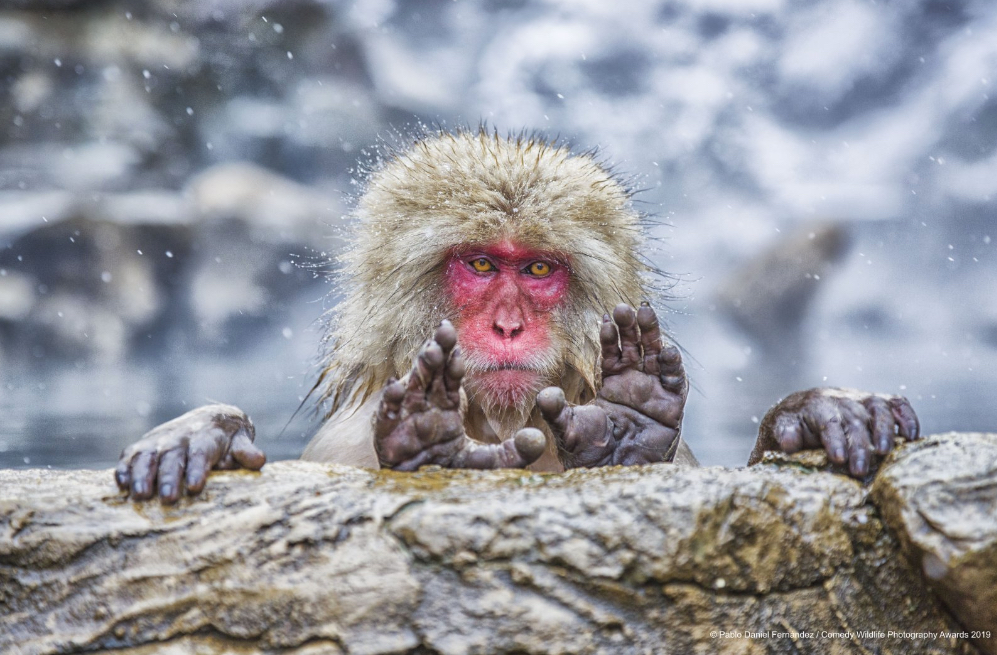 Pablo Daniel Fernandez - What Are You Looking At?

The Comedy Wildlife Photography Awards has announced its shortlist of 40 entries for the 2019 Awards. The category and overall winners will be announced on November 13th, with the overall winner receiving a week-long trip to Kenya.

The Awards were co-founded in 2015 by professional photographers Paul Joynson-Hicks MBE and Tom Sullam, who are passionate about conservation. The idea for the competition arose when they were both working and living in Tanzania, East Africa. Their goal was to create an amusing and lighthearted photographic competition based on wildlife animals doing funny things, whilst also addressing the very serious issue of wildlife conservation.

The Comedy Wildlife Photography Awards, which is free to enter, is open for four months of the year to professional and amateur photographers from all over the world. Images and videos are submitted via the website. The animals photographed must be strictly in the wild and not in captivity. Entries are judged on comedic merit and photographic skill by a panel of judges, assembled from the comedy, travel, photography and conservation professions. Forty finalists are chosen from thousands of entries, with the winners announced at an awards ceremony in London.

The Born Free Foundation (BFF) the international wildlife charity founded by Virginia McKenna, Bill Travers and their eldest son Will Travers OBE is the main conservation partner of Comedy Wildlife Photography Awards with a percentage of the profits from the awards going to the foundation each year to help keep wildlife living in the wild.

This year the People’s Choice category is sponsored by Affinity Photo.