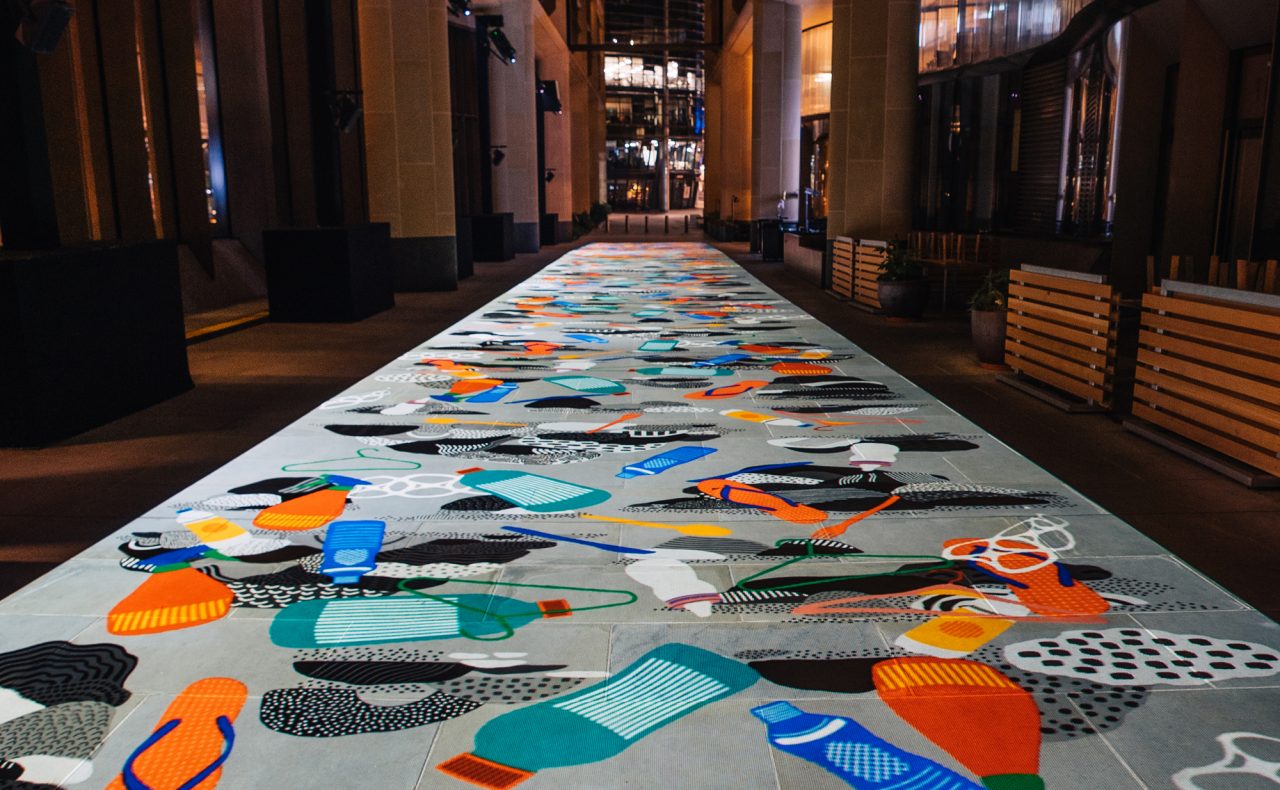 Imminence, a new climate-inspired public art commission produced by Artichoke – the creative team behind the nationally-acclaimed Lumiere Festival – will light up Bloomberg Arcade in the City of London from 5th December 2019.

Commissioned by Bloomberg Philanthropies and designed by NOVAK, in collaboration with Hazel Dunn and Ed Carter, the immersive installation will illuminate the full length of Bloomberg Arcade with shape-shifting projections highlighting the impact of human-led climate change on our planet.

As world leaders meet in Madrid for the COP25 climate change conference, the light and sound installation will invite the public to experience and reflect on animated scenes depicting the consequences of climate change as they unfold beneath their feet. Issues captured in the vibrant projected landscape and accompanying soundscape will range from deforestation and bee extinction, to coral bleaching and global warming.“

Even as we are bombarded with daily messages about the calamity that we are facing, we still find it all too easy to turn away,” said Helen Marriage, CEO of Artichoke. “Art offers us another language that can reach into people’s consciousness with fresh urgency. It is able to surprise and delight and at the same time transform the way people see the world and their role within it.”

As patterns run in a continuous sequence, an original, synchronised soundtrack produced by composer Ed Carter adds to the sense of constant motion and urgency. The score draws on climate and environmental data from 1880 to the present day, combined with recordings from the natural world that reference the changing visual imagery. The music reflects the alarming rates of change observed across climate indicators, including arctic sea ice volume, seasonal monthly temperature, global forest cover, and the decline in UK pollinating insects, among others. Developed in collaboration with textile artist Hazel Dunn, NOVAK’s work draws on the tradition of textile design as a medium for storytelling, playing with geometric patterns, bold colour and texture.

In Imminence, the striking juxtaposition between vibrant aesthetic and sombre subject matter encourages people to look twice and consider the reality of the climate emergency. Adam Finlay, Studio Director, NOVAK, said: “We are honoured to have been commissioned to make this site-specific work addressing the most pressing issue of our age. We hope the visually stunning designs, narrative and soundtrack will resonate strongly with audiences.”

On view until 10th January 2020, Imminence is one of a series of Bloomberg Philanthropies-supported public artworks aiming to inspire climate action in cities around the world. Previous works in London have included Ackroyd & Harvey’s Beuys’ Acorns (July 2019) and Olafur Eliasson’s IceWatch (December 2019).