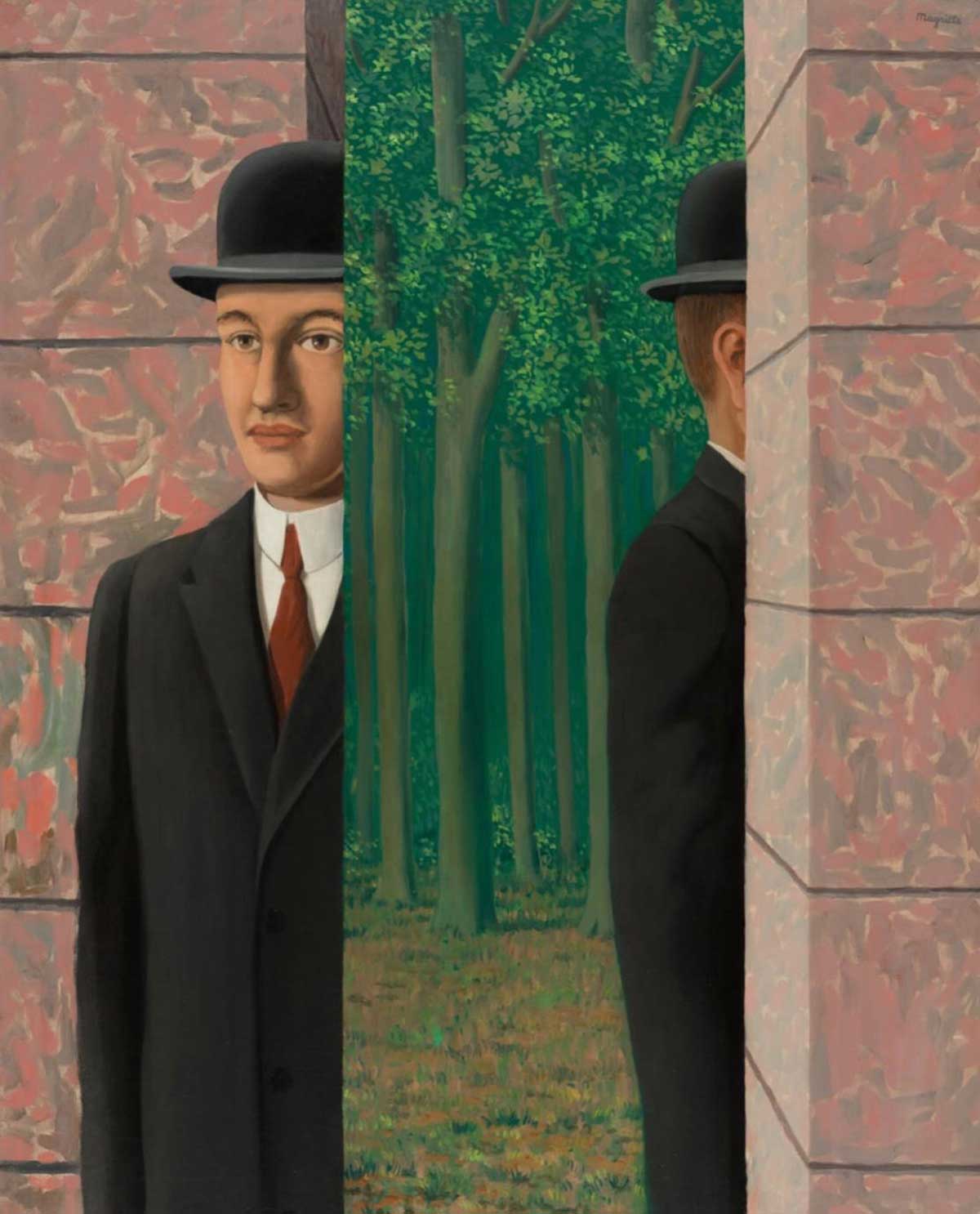 Leading The Art of the Surreal sale, the painting is estimated to fetch between £15-25 million and is expected to set a new world auction record for the artist.

This is the first time the work of art—which is considered to be one of the finest and largest examples of René Magritte’s bowler hat series—will be offered at auction.

It was previously owned by Gustave Nellens, the collector who commissioned the ‘Le Domaine Enchanté’ paintings by Magritte and owned several of the Belgian artist’s canvases.

Le Lieu Commun is thought to be one of only four paintings featuring the famous bowler-hatted man from 1964—a motif for which the surrealist artist is widely known.

Magritte explored the bowler hat as a symbol for an anonymous, unremarkable bourgeois everyman.

Oliver Camu, deputy chairman of Impressionist and Modern Art at Christies, said: ‘In subject matter, Le Lieu Commun is the most important painting by René Magritte to be offered at auction since 1999 when the painting Le Fils de L’Homme, created for Harry Torczyner, the great friend and patron of the artist, was sold for a then world record price.

Estimated at $2.5-3.5 million, the iconic Magritte masterpiece Le Fils de L’Homme (1964)—which depicts the bowler-hatted man with his face covered by a green apple—fetched $5.39 million in 1999.

Camu added: ‘The everyman figure of the bowler-hatted man was used by Magritte as a pictorial cypher, moving between layers of reality.

‘The present work is highly enigmatic and inventive. In Le Lieu Commun Magritte subverts the traditional genres of portrait and landscape painting and challenges our understanding of reality and representation; he plays with the viewers sense of what is real and what can be perceived.’

The painting, which is signed ‘Magritte’ in the upper right corner will be on view in New York, Hong Kong, Beijing, Shanghai, Taipei and Los Angeles before the sale.

The Magritte masterpiece will be also exhibited in London from 22 to 27 February ahead of the auction.