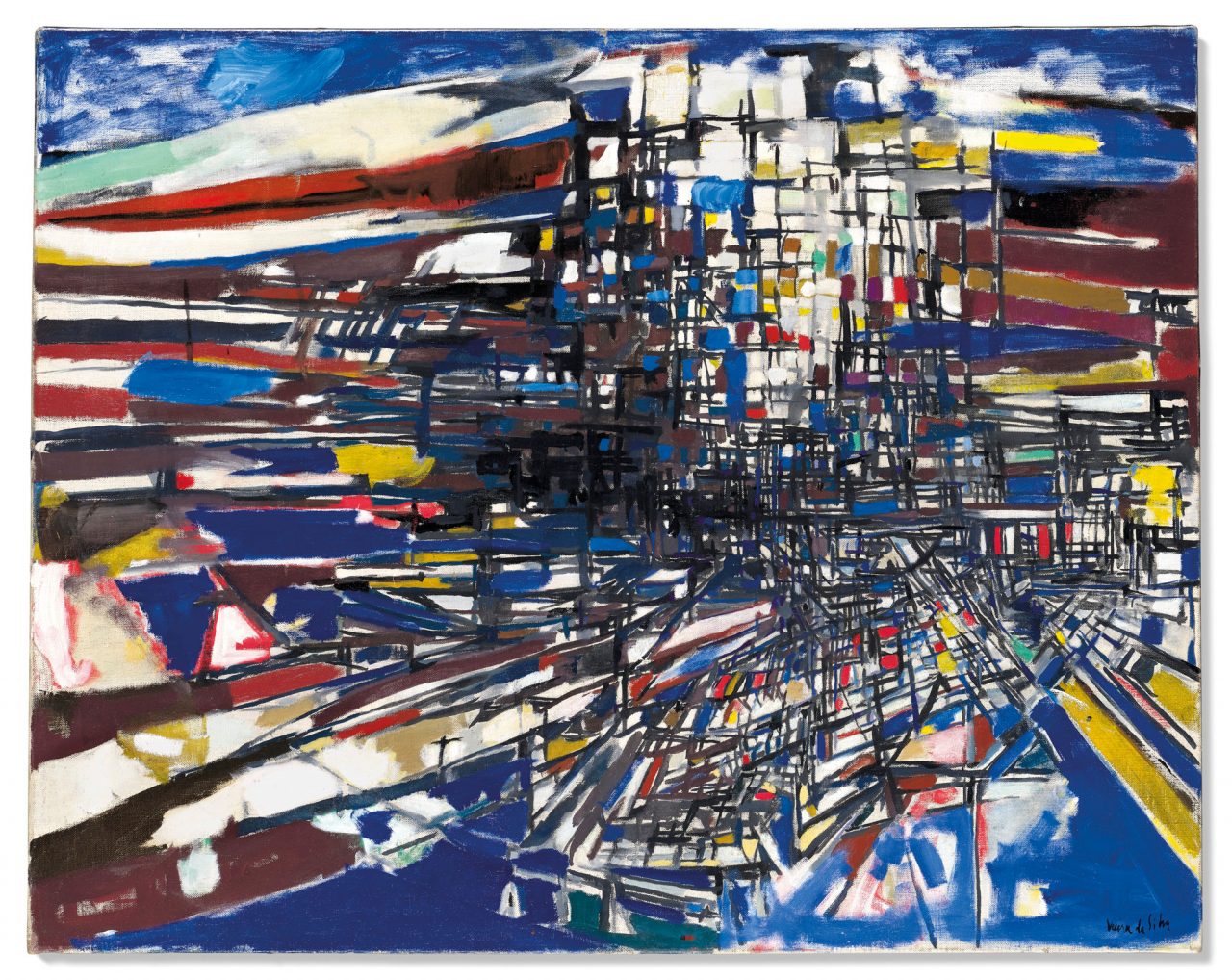 Its Impressionist and Modern department will be merged with the Postwar and Contemporary department in a new hybrid sector called “20/21,” or “20th and 21st Century Art.”

The decision is seen as a sign that auction houses are being forced to make changes to reflect the current state of the market both in terms of economics and health. It also reflects growing trends towards the domination of the contemporary market over  the classical, and the tendency or online auctions to blur the lines between art categories.

Contemporary specialist Alex Rotter will be chairman of the new department, while Impressionist and Modern specialist Giovanna Bertazzoni will act as vice chairman.

The changes in structure will result in redundancies in several departments, with more losses expected to be announced in due course. Christie’s CEO Guillaume Cerutti said: “Our clients don’t think in categories any more..It’s not only about restructuring and reorganising, it’s because we truly believe there is a continuum in these three parts. I believe that contemporary art has roots in the beginning of the 20th century and that without Monet and Duchamp, we would not be able to understand today’s contemporary art.”

With revenues for this year expected to be around half of last year’s, it’s perhaps no surprise that Christie’s has been forced to restructure. The moves certainly make economic sense as Christie’s says that 60 percent of its clients in the two departments are actually the same group of collectors.

Introducing these changes and other news, a press statement from Guillaume Cerutti read:

“I am again writing to update you on a number of important changes at Christie’s.

“Christie’s is now open around the world and live auctions have re-started.

“All of our global offices are open, with necessary measures to protect our visitors and our staff in place. Live auctions have either already resumed or will start shortly in each of our major auction rooms.

“A number of notable sales will take place in the coming weeks:

“ONE: A Global Sale of the 20th Century will take place on 10 July and will be the first of its kind relay-style auction presented in real time using streaming technology across Hong Kong, Paris, London and New York. Many great works will be offered in this sale — both virtual and live exhibitions launch today.

“In Hong Kong, our main exhibitions open from 4 July. As always, the sale series includes a broad selection of categories, from classical paintings to contemporary art and luxury.

“In Paris, sales continue next week with Design and Contemporary art sales.

“In Geneva, we will be hosting our auctions of Fine Wine, Watches and Jewellery from 20–22 July.

“In London, we just held our Islamic art and carpets sale on 25 June. In July, we will commence a multi-category celebration of craftsmanship from antiquity to the 21st century, presented over 12 auctions — both online and live — culminating in a special Classic Art Evening Sale on 29 July.

“In New York, aside from the ONE sale and the Post War and Contemporary Art Day sale, our next scheduled sale will be Magnificent Jewels on 29 July.

“Online activity has continued apace with an increasing array of clients buying online as the volume and range of sales expands. Clients from 80 countries have participated in online sales, with 35% of buyers new to Christie’s. This period has been a coming of age for online sales. A 28ct. diamond is being sold online as you read this, and with a current bid of $1,325,000 it will be the highest value jewel ever sold online and will hold the record for an object sold online by an art auction house…and it’s not over yet! .

“Greater collaboration is occurring across the art market in these digital times and, in an industry first, this September 60 international art dealers, brought together by La Biennale Paris, will sell objects online at Christie’s.

“Similarly, demand for Private Sales is strong. Since March, Sales are up 113% compared to the same period last year. Within this, the number of sales for works over $10 million has more than doubled. We have just announced an ambitious selling exhibition of monumental sculpture to be held online with works sourced from disparate corners of the world, including Australia, Yorkshire, San Francisco and Monaco. Pieces by Ai Wei Wei, Jeff Koons, Niki de Saint Phalle, Richard Serra and Barbara Hepworth are available in Dream Big online now and through the Summer.

“This lockdown period has been an unprecedented time of change and innovation. As an organisation we are leading the way with innovative offerings and developing digital and private sale platforms that allow us to serve our clients to the highest standards possible.

“Continued investment in market leading platforms combined with robust management of our cost base is critical in a period of such rapid change. In some instances this has resulted in reducing our headcount to ensure that we are as efficient as possible and to streamline internal structures as we look to increase our investment in key segments of the market.

“As part of this process we are also pleased to announce new ambitions for 20th & 21st Century art. Reflecting evolving market demand and the collecting habits of our clients, our largest fine art specialist teams have been reimagined and our newly formed 20th & 21st Century Art group will present the best art from the periods across live, digital and private sale platforms. This new group will be led by Chairman, Alex Rotter, based in the Americas, and Giovanna Bertazzoni, as Vice-Chairman, based in Europe.

“Finally, as before, I also wanted to let you know that as a values-based organisation, we will continue to put responsibility at the heart of our activities. We are listening carefully as to how we should use our platforms to address systematic racism and discrimination of any kind. We are committed to creating a more diverse and socially engaged Christie’s and we must hold ourselves accountable to be better.

“Sincerely and with best wishes,