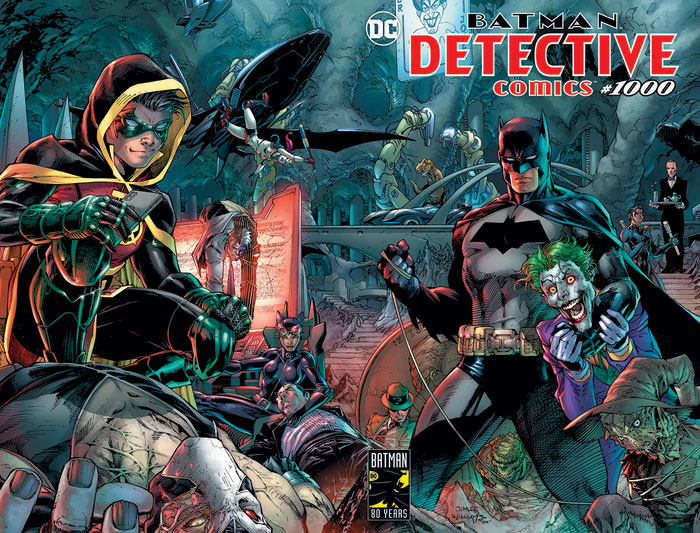 With the current popularity of movies based on comic-book superheroes, it’s no surprise that rare and collectable comics are appreciating in value. If you own a classic such as Action Comics 1 (1938), featuring the first appearance of Superman and worth $3,200,000; or Detective Comics 27 (1939), the first appearance of Batman and worth $2,230,000; you wouldn’t just read it then throw it under your bed.

No modern comic will reach anything like that value again – rarity and condition, as well as age and content are the key to value, and modern comics are printed in huge quantities and commonly stored away by collectors in museum-quality conditions. But even a modest investment can pay off with a bit of luck – in 1977 our own Editor bought a copy of Issue 1 of the independently published Cerebus the Aardvark for 75p, selling it ten years later for £450. It’s now worth $16,500. Go figure.

So given the chance to pick up something which may accumulate in value, for a relatively small outlay of a few pounds, comics may well be worth a punt.

First published in 1937, Detective Comics, the origin of the DC label and home to the Batman character, reaches a milestone in March with the publication of Issue 1,000. It’s the longest continuously published comic book in the United States, and though the issue numbering system and publishing frequency have changed over the years, it reverted to its original numbering scheme in 2016, so issue 1,000 is of real significance for the title.

Detective Comics is most famous for introducing the Batman character and universe in Issue 37, dated May 1939. Writers Bob Kane and Bill Finger created the character, and leading artists and writers associated with Batman over the years include Frank Miller, Alan Grant, Doug Moench, lan Moore, Neal Adams,  Walt Simonson and Brian Bolland.

It’s now common for comics to be issued with several variant covers – it’s become a rather tired ploy to increase sales – but as part of DC’s year-long global celebration of Batman’s 80th anniversary, Issue 1,000 of Detective Comics, due for publication on 29th March, will feature no fewer than 11 official DC variant covers, plus countless exclusives from comic dealers – possibly as many as 100 in total. So good luck trying to collect them all.

Apart from the official cover by Jim Lee, variant covers include one by Brian Bolland (a Forbidden Planet dealer exclusive, limited to 2,500 copies, featuring a homage to his own artwork from the launch of the shop 40 years ago); a Jeehyung Lee variant showing Batman’s nemesis Harley Quinn, limited to 3,000; covers paying homage to the ‘60s and ‘80s art of Jim Steranko and Frank Miller; and for those who appreciate modern art, there’s even a blank cover variant with no artwork at all, just the logos.

Writers contributing to the issue include Kevin Smith, Christopher Priest, Paul Dini and Denny O’Neil – so there’s plenty to read before you board it, seal it in an acid-free bag and store it (upright, remember) in an airtight filing cabinet. In 50 years’ time, Detective Comics Issue 1,000 may be worth a fortune.

This is Me: Creating the Look of The Greatest Showman