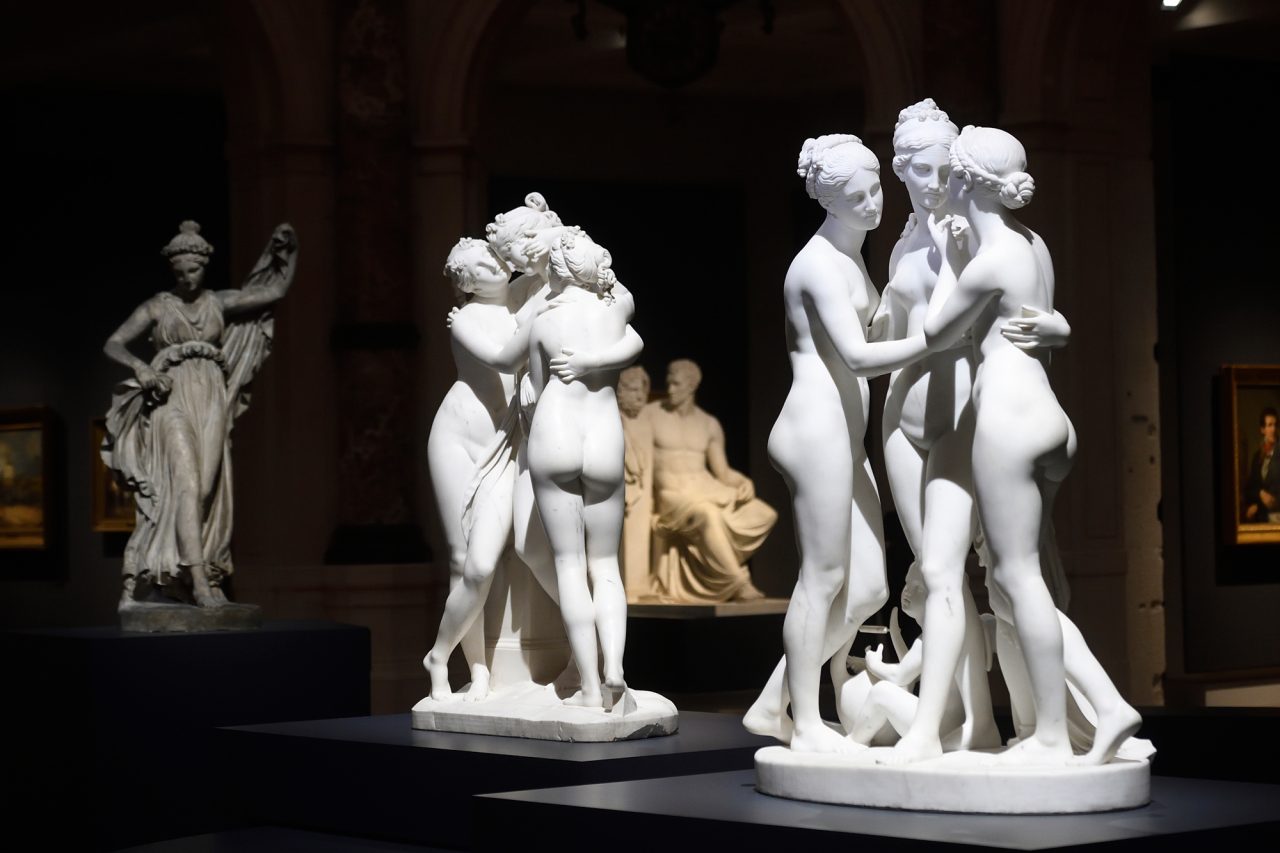 Canova and Thorvaldsen: The Birth of Modern Sculpture runs from 25th October 2019 – 15th March 2020 at Gallerie d’Italia, Piazza Scala, Milan. The major exhibition tells the tale of the two great modern sculptors Antonio Canova and Bertel Thorvaldsen and how they revolutionised sculpture.

The first ever exhibition devoted to the relationship and rivalry between the two great sculptors of their day; Italian Antonio Canova (1757-1822) and Danish Bertel Thorvaldsen (1770-1844) presents the story of these two great sculptors of the Romantic and Neo-Classical eras, their careers and their cities; a tale of art, sculpture, nations, rivalry and the generations of artists they inspired.

This is an unmissable opportunity to admire the most important works of art by Canova and Thorvaldsen, shown together for the first time. The project has been created in a historic collaboration with the Thorvaldsen Museum in Copenhagen and the State Hermitage Museum in St. Petersburg and features key loans from other major national and international museums.

Italy played a central role to both sculptors’ lives and careers and the exhibition brings over 150 works together from across Italy and further afield to Milan with key works from the Intesa Sanpaolo collection to be shown together for the first time. The city of Rome was particularly important to both artists; Canova arrived in Rome in 1781 and remained in the city until his death in 1822, while Thorvaldsen settled in the city in 1797, spending the next forty years there. It was in Rome that the two great masters began engaging in one of the most famous and fruitful instances of artistic competition in history, interpreting identical themes and subjects to create a number of masterpieces: classical mythological works, such as Psyche Revived by Cupid’s Kiss, Venus, Paride, Hebe and The Three Graces which embodied some of life’s great themes, from the brevity of youth, the enchantment of beauty to temptation and heartbreak.

Canova and Thorvaldsen: The Birth of Modern Sculpture will bring together the fruits of this historic competition and ongoing rivalry for the first-time, including Canova’s celebrated The Graces from the State Hermitage Museum alongside Thorvaldsen’s Cupid and The Graces from the Thorvaldsen Museum, offering visitors the unique opportunity to compare each of these masters’ approach and style.

Both Canova and Thorvaldsen were celebrated by their contemporaries and by critics of the era for their appreciation for the Classical world and ability to reinterpret classical themes through the lens of the modern day. Canova was seen as a revolutionary artist in Italy and abroad who gave sculpture precedence over all other forms of art by confronting ancient works and reinterpreting them for a contemporary audience.

Keeping a close eye on the work and strategy of his rival, Thorvaldsen was inspired by a stricter and more conservative adherence to classical norms, beginning a new period of Nordic art inspired by Mediterranean civilisations. Both artists not only revolutionised an approach to classical ideals in sculpture but also advanced new techniques. Each established large studios the size of complex workshops with numerous colleagues and students and were able to break free from the constraints that clients typically placed on sculpture due to the high costs of marble or bronze.

Thanks to the technical innovations like the use of preparatory plaster models, introduced by Canova and used on a large scale by Thorvaldsen, the sculptors had — for the very first time — the freedom to express their own poetic vision through statues designed without being commissioned.

The unprecedented pairing of these two great sculptors is made possible through Intesa Sanpaolo’s partnerships with the Thorvaldsen Museum in Copenhagen and the State Hermitage Museum in St. Petersburg, as well as the contribution of major works loaned by museums and private collections in Italy and abroad including the Vatican Library, the Uffizi Galleries in Florence, the J. Paul Getty Museum in Los Angeles, the Museo Nacional del Prado in Madrid, the Pinacoteca di Brera gallery and Pinacoteca gallery of the Ambrosian Library in Milan, the Metropolitan Museum in New York, the Museo e Gypsotheca Antonio Canova in Possagno, the National Gallery of Ancient Art in Rome and the Gallerie dell’Accademia in Venice.

An accompanying exhibition catalogue will be published by Skira.