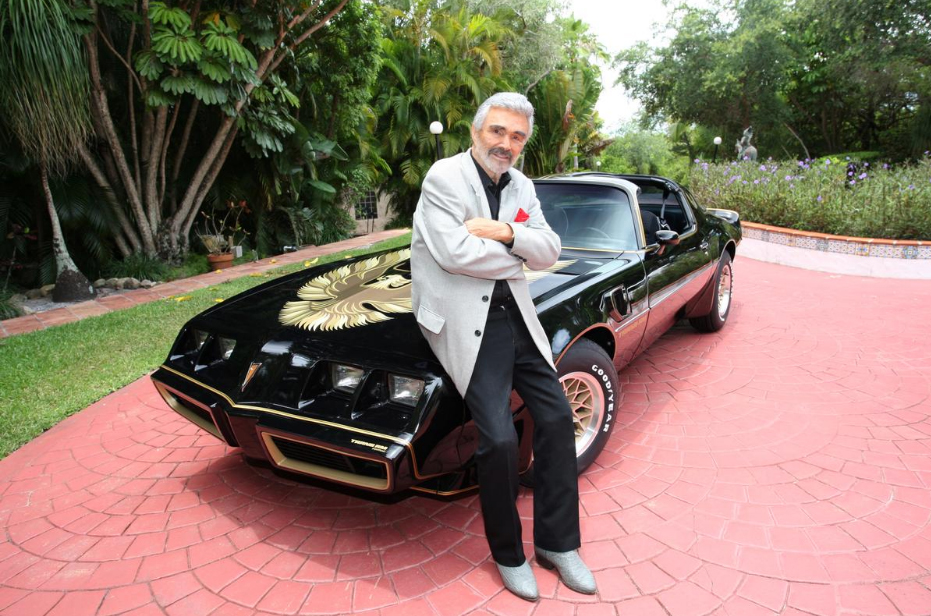 Julian’s of Los Angeles’ auction on Saturday June 15th and Sunday June 16th 2019 at The Standard Oil Building in Beverly Hills and live online at www.juliensauctions.com offers some of the most iconic and personal items of Hollywood legend, Burt Reynolds, the Emmy and Golden Globe winning and Oscar nominated actor who was born Burton Leon Reynolds on Feb. 11, 1936, in Lansing, Michigan, and raised in Florida’s Palm Beach County.

Reynolds first made a name for himself as a football star and earned an athletic scholarship to Florida State University. But his promising football career ended with injuries and Reynolds turned his sights to acting. After appearing in summer stock and plays, Reynolds moved to New York where he studied at the Actors Studio and landed a role in the New York City Center revival of Mister Roberts in 1957. Television roles soon followed when Reynolds moved to Hollywood and nabbed roles on the westerns, Riverboat and Gunsmoke. But it was as outdoorsman Lewis Medlock in John Boorman’s 1972 classic thriller Deliverance that became Reynolds’ breakthrough role. The film went on to be nominated for three Oscars including Best Picture in 1973 around the same time Reynold’s status as a charismatic sex symbol was cemented when his now iconic Cosmopolitan centrefold sold a staggering 1.5 million copies. His mega stardom continued with his performances as an ex-football player Paul “Wrecking” Crewe in prison in The Longest Yard (1974), Semi-Tough (1977) and Hooper (1978).

Reynolds went on to star in The Cannonball Run, The Best Little Whorehouse in Texas and The Man Who Loved Women, and was Hollywood’s No. 1 box-office attraction from 1978-1982. Reynolds died at the age of 82 on September 6th 2018 in Jupiter, Florida.

One of the top highlights of the auction event will be a 1979 Pontiac Trans Am built by Bandit Movie Cars and owned before his death by Burt Reynolds and his business partner Gene Kennedy. The spectacular vehicle, synonymous with Reynolds’ iconic character “Bandit” from one of the top box office road movie franchises of all time Smokey and the Bandit, is estimated at $300,000 – $500,000.

“Burt Reynolds was a true American icon whose larger than life persona, style and swagger epitomized the very definition of masculinity,” said Darren Julien, President/Chief Executive Officer of Julien’s Auctions. “We are honoured to be working with his family in curating this exceptional collection of his most iconic items that could now be owned and cherished by a lucky few of his millions of fans around the world.”

Find Beauty and Inspiration In Ibiza With Hotel Artworks