British war plane history could be lost forever if a man who’s amassed a ‘museum-ready’ collection of rare V-bomber cockpits can’t find someone to pilot his lifetime’s work to a new destination.

Nigel Towler, 65, has dedicated 40 years of his life to salvaging and restoring the largest array of V-Bomber cockpits in one private collection. The strategic bombers first flew 70 years ago courtesy starting with the Vickers Valiant in 1951. It entered service in 1955 and was followed by the Avro Vulcan and Handley Page Victor. They all played their part in the Cold War and the Victor and Vulcan found fame during the Falklands War.

Reluctantly Nigel has taken the tough decision to part with his colossal collection, which includes a Victor cockpit that participated in the Falklands War and another which is the only one of its type still in existence. However, if he can’t find a buyer, he may be forced to sell off hundreds of parts individually and scrap the aircraft nose sections – something he dearly hopes will not happen.

Nigel, a retired businessman from London, said: “This is a one-off opportunity and it would be tragic in the extreme if someone does not see the worth in what I have accumulated over the last 40 years. When you sit inside these cockpits you can feel the history.”

The Cockpits Collection, due to be sold on March 9th by Hansons Auctioneers, includes B(K) 1 XD826. Originally a bomber, it flew from Honington in Suffolk and the nose survived as a ground-trainer at Feltwell, Norfolk, when the airframe was scrapped in 1965. It served with Nos 7, 90, 138 and 543 squadrons and the 232 Operational Conversion Unit.

Then there’s Victor cockpit XH669, the second B2 model built. It was later converted to become a tanker and was involved in the Black Buck raid during the 1982 Falklands War. It was due to be the last aircraft to pass fuel to Vulcan XM607 but famously XH669’s fueling probe broke. It was retired by No 55 Squadron in 1990.

Equally important is XH670, the last surviving section of a Victor B2 Bomber variant still in existence, and Vulcan K2 XH560, one of six B2s converted into tankers during the Falklands conflict. As well as the cockpits, numerous spares and parts are available to buy. 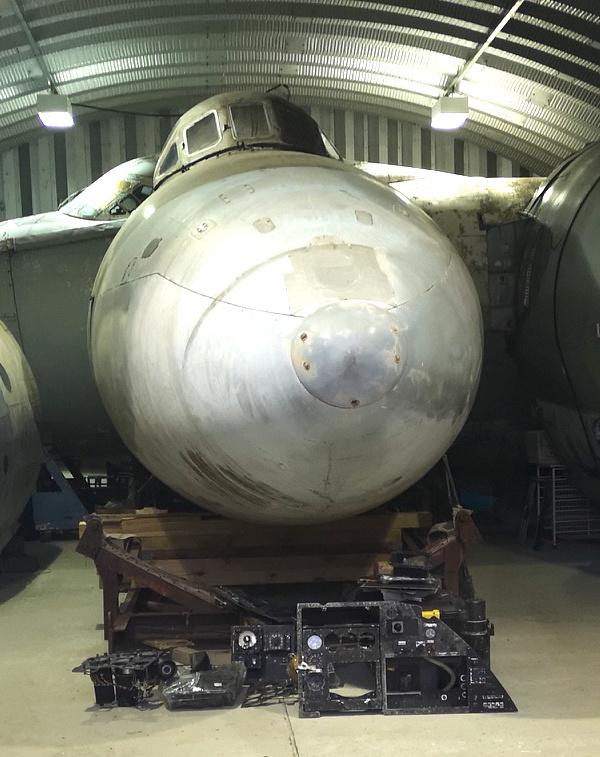 Nigel said: “When I started this, I wanted to honour a part of RAF history often overlooked, and the crews who flew V-Bombers.Some of them are my friends.They understand how hard it’s been for me to source these parts. I’m hoarding what I consider to be a real treasure trove of Cold War aviation history, planes that helped to preserve world peace for 40 years. These cockpits deserve to be in a museum or on display but I haven’t got the wherewithal to make that happen.

“It’s time for me to pass the baton. I hope someone will come along with the same passion and dedication as me. If these cockpits are scrapped and the parts sold off individually it would be impossible for someone else to piece something like this together again. Even if you started 20 years ago you would struggle to find the parts.

“This is an opportunity to go to a one-stop-shop – me – to buy a ready-made museum. The buyer won’t have to endure the pain, time and trouble I have been through to find instruments and panels, ejection seats and the countless parts required to assemble the cockpits. My ambition was always to make these cockpits 100% correct so that former crews would find them as accurate as when they flew them. Most parts have been sourced in the UK. I’ve been known to drive to the north of Scotland for a part worth only £5 but essential for authenticity.

“I don’t think about how much it’s cost me over the years but I imagine I’ve spent around half a million – an average of £12,500 a year is probably realistic. When I consider purchase of the cockpits, parts, transport, storage and paying for aircraft engineers to assist me it has cost me a considerable amount. I could never get all that money back and don’t expect to.

“The ultimate ambition would be to see those who served on the aircraft, maintained them or even those who just love them, purchase them as a tribute to the V-Force and its crews and display them together so others may enjoy them. 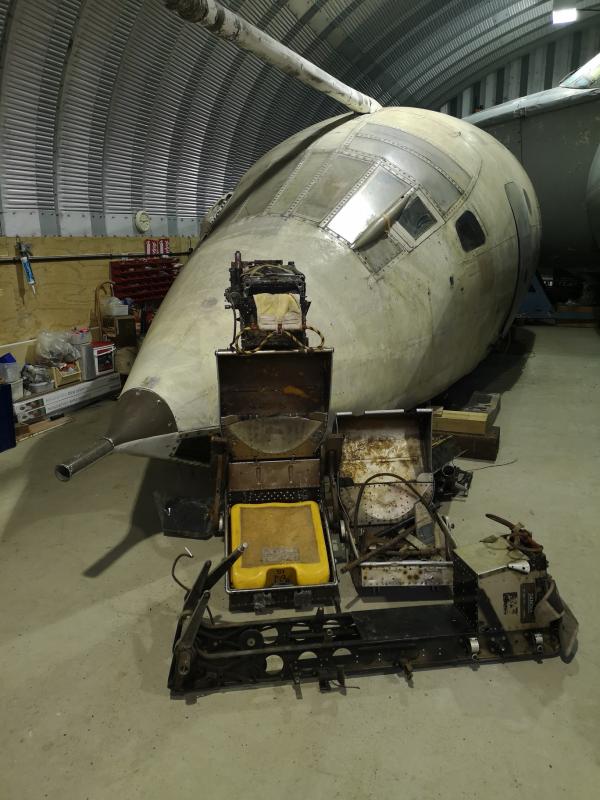 “My fascination with planes started when a family friend gave me a wooden propeller found in a derelict house when I was 11. I used to visit air shows and enjoyed the flying displays but always wondered what was going on inside the cockpits and how the crew operated. I started collecting in the 1970s when I was in my late teens. I was on the Ministry of Defence mailing list and scoured newspaper adverts for parts.

“It became my mission to be the only man crazy enough to buy the cockpits of all three V-Bomber models. I knew I could never save an entire plane but I could save the nose pieces.

“Back in the 70s and 80s there was a lot of emphasis on World War Two but people largely ignored the Cold War. When I was a kid in the 60s, we were very conscious of preparations for nuclear conflict. I vividly remember my mother telling me that if conflict became imminent, she would drive us away to a more remote location rather than remain in London. As she experienced the Blitz in the Second World War it was still a recent memory for her.

“Britain is good at preserving ancient history but sometimes forgets the history we’ve just made. I feel the importance of V-Bombers has been overlooked. One cockpit I bought was due to be scrapped by a museum.

“This is a story of Britain’s nuclear deterrent, air-to-air refuelling and the Falklands conflict. These 60-year-old Victor cockpits celebate what the British aircraft industry achieved after the Second World War. I am a temporary custodian of history.I hope someone will come along to preserve The Cockpits Collection for posterity.” 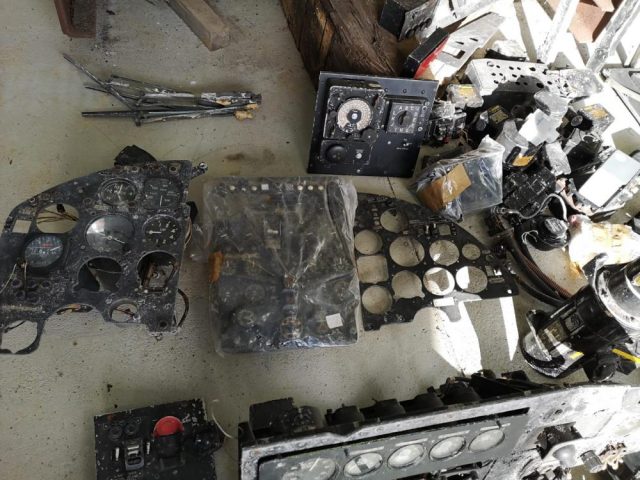 Rik Alexander, who is managing the sale on behalf of Hansons, said: “We have been hugely impressed by this collection and the incredible work Nigel has put into preserving British aviation history. Due to the value of the huge amount of equipment amassed, the entire collection should achieve £200,000 to £300,000. We hope we can help Nigel find the perfect buyer.”

The Cockpit Collection is due to be sold on March 9 in Hansons Auctioneers’ Iconic 20th Century Auction. To find out more about the collection, email Rik Alexander: ralexander@hansonsauctioneers.co.uk. More information is also available at: http://v-bombers.org/

I Can See Clearly Now... Holistic Healthcare at the Kusnacht Practice