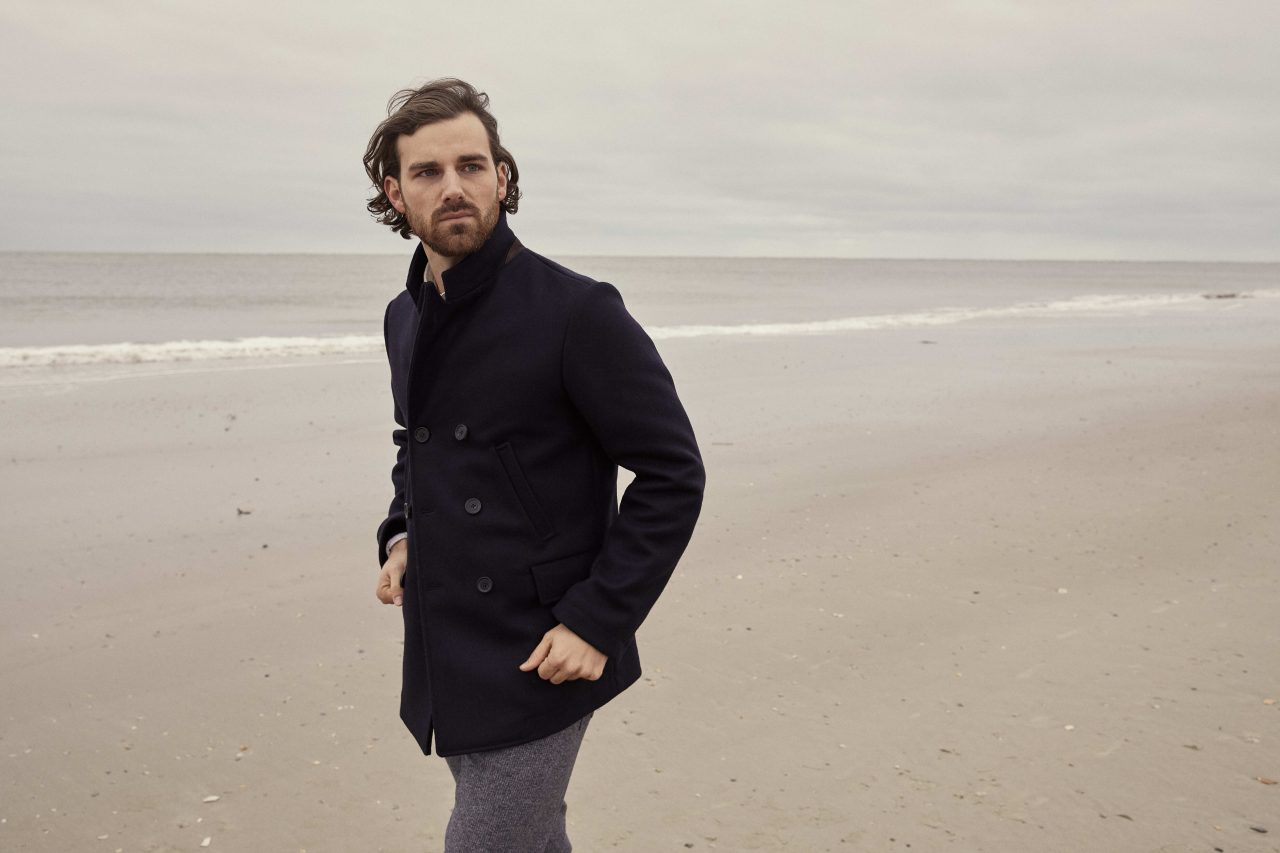 Billy Reid is a modern Southern studio based in Florence, Alabama. From there, the brand has been making expertly crafted, standout clothing for more than 20 years, for which it has earned four CFDA awards, the most prestigious honour in fashion. One such item is the Bond Peacoat, a standout piece of outerwear that has become one of Billy Reid’s bestsellers, thanks in part to its supporting role in the movie Skyfall, where it was worn by Daniel Craig as agent 007, aka James Bond.

That name is a happy coincidence, as we learned from a conversation with the brand’s namesake founder and designer. Billy told us the inspiration behind that name, as well as what makes it a fan favourite year in and year out. The coat is now available at Harrods, and the conversation is below.

Let’s start here: What first inspired the design of the Bond peacoat?

Billy Reid: The first peacoat actually debuted in the collection in Fall 2001. It’s one of the essential pieces in a man’s wardrobe, and has its roots in military influences, so having our own take on a classic seemed like a natural. There are plenty of peacoats to select from, so putting our own spin and details into the garment was our inspiration.

As with any Billy Reid piece, what stands out are those details. What are your favorite elements of the coat?

BR: We detail the peacoat with hidden details such as distressed leather touches under the collar and pocket flaps. We bind the interior seams with biased cotton, and there’s a subtle signature v inset at the under sleeve.

What about the fabric — what do you use, and where is it from?

BR: The fabric is sourced in Italy and is a sturdy melton that resists pilling. We manufacture the garment with one of our factory partners in Italy.

Now about that name. The Bond Peacoat is named for the street in New York City where your flagship store is located, right? And not for a certain movie spy?

BR: That is correct. The shop opened in 2008 on Bond Street in NoHo. It’s an ironic coincidence that the Bond Peacoat actually was selected as a lead garment in a Bond film.

So how did it end up in the movie?

BR: Daniel Craig had personally purchased the coat in our shop and loved it. When he read the script for Skyfall he noticed one of the scenes called for a peacoat to be worn. He instructed the film’s wardrobe team that he wanted to wear his own peacoat, which was ours, so they reached out and bought 30 of them from us for filming. We had no idea the peacoat would be onscreen for nearly 15 minutes. We began to get contacted from all over the world by customers wanting the Bond Peacoat, and it is still one of our most successful items we’ve ever produced.

Why do you think it has resonated so much with your fans over the years?

BR: The garment was a successful item for us before the film. I think the details and the fit have a modern, yet ageless appeal, and it’s a coat that can live with you for many years.

While this season’s version retains all the appeal of the original, it also has a few small updates. What are those?

BR: We have maintained the integrity of the original garment with very slight modifications to the perfect fit. It’s one of those situations where we believe we shouldn’t mess around with something that continues to work so well for us and our customers seem to love.