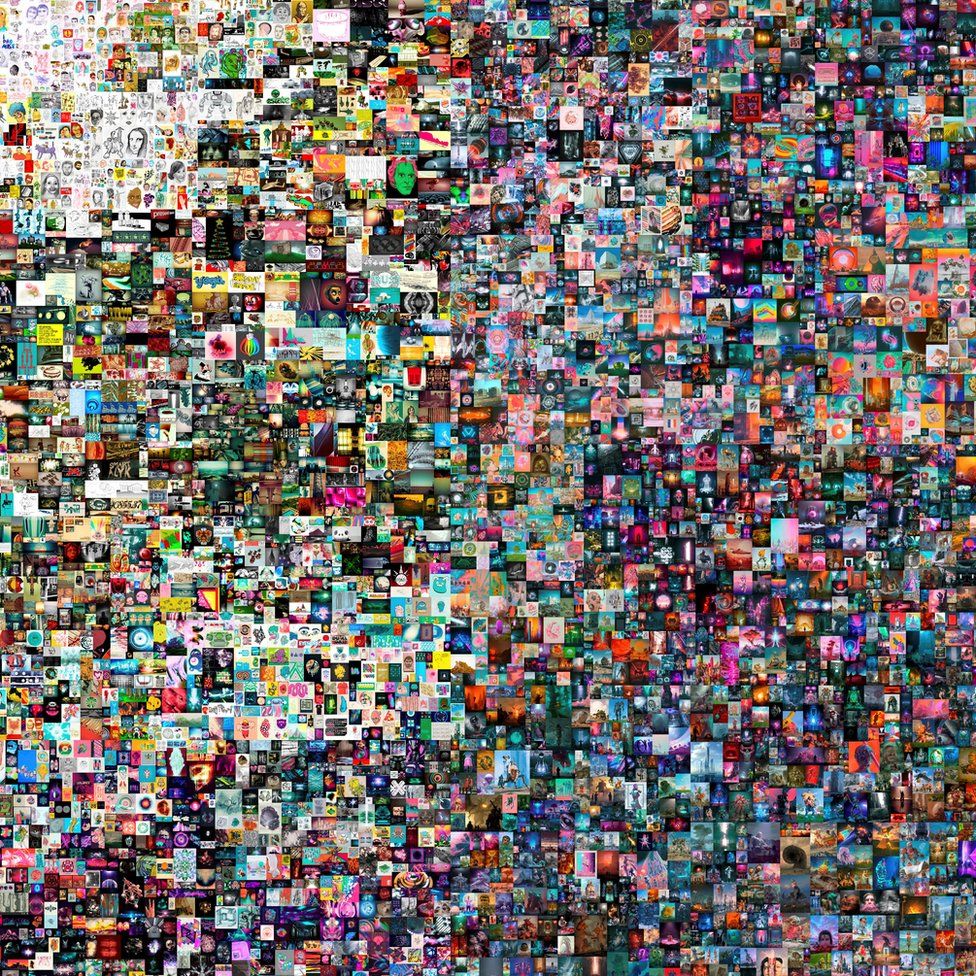 The first digital-only art auction by auction house Christie’s has sold a work by the artist Beeple for $69m (£50m).

The digital artwork, The First 5000 Days, a montage of images made over the last 13 years and posted to Instagram, was sold as an NFT, a Non-Fungible Token – in other words the buyer gets no physical object, just the ownership of the art in the digital world.

Beeple, real name Mike Winkelmann, has now become one of the most valuable living artists, and the idea of the NFT as a means of proving provenance and ownership of an artwork is firmly established. Christie’s said that the sale was the first NFT-based work of art sold by a “major” auction house, and set a new world record for digital art.

There have been precedents: Canadian musician Grimes sold a collection of her artworks for more than $6m at the beginning of March, and Jack Dorsey, co-founder of Twitter, has put his first tweet up for sale, with a bid of $2.5m so far. In a controversial case, one group burned a genuine Banksy original, before putting its digital token up for sale, for $380,000 (£274,000).

From a starting point of $100, bidding for the Beeple artwork reached $10m early in March, but on the final day of bidding it zoomed to a final price of $69,346,250. Christie’s said that 22m people watched the final moments of the auction on livestream, including the artist, who was heard announcing ‘I’m going to Disneyland’.

Perhaps partly due to the difficulty of viewing and selling physical artwork during lockdown, excitement over NFTs, unique identifiers of ownership for non-physical objects such as digital art, has reached the point where they could become the prevailing form of buying and selling for major works. They can be sold or traded in the same way artworks can, but don’t require any physical movement or storage.

However, critics argue that the idea may be an investment ‘bubble’ which could burst at any time, and also point out the environmental impact of using the digital space for storage and transaction, in the same way that cryptocurrencies like Bitcoin require the use of huge, environmentally unsafe computer servers.

Own a Piece of the Irish Whiskey Story from Boann Distillery