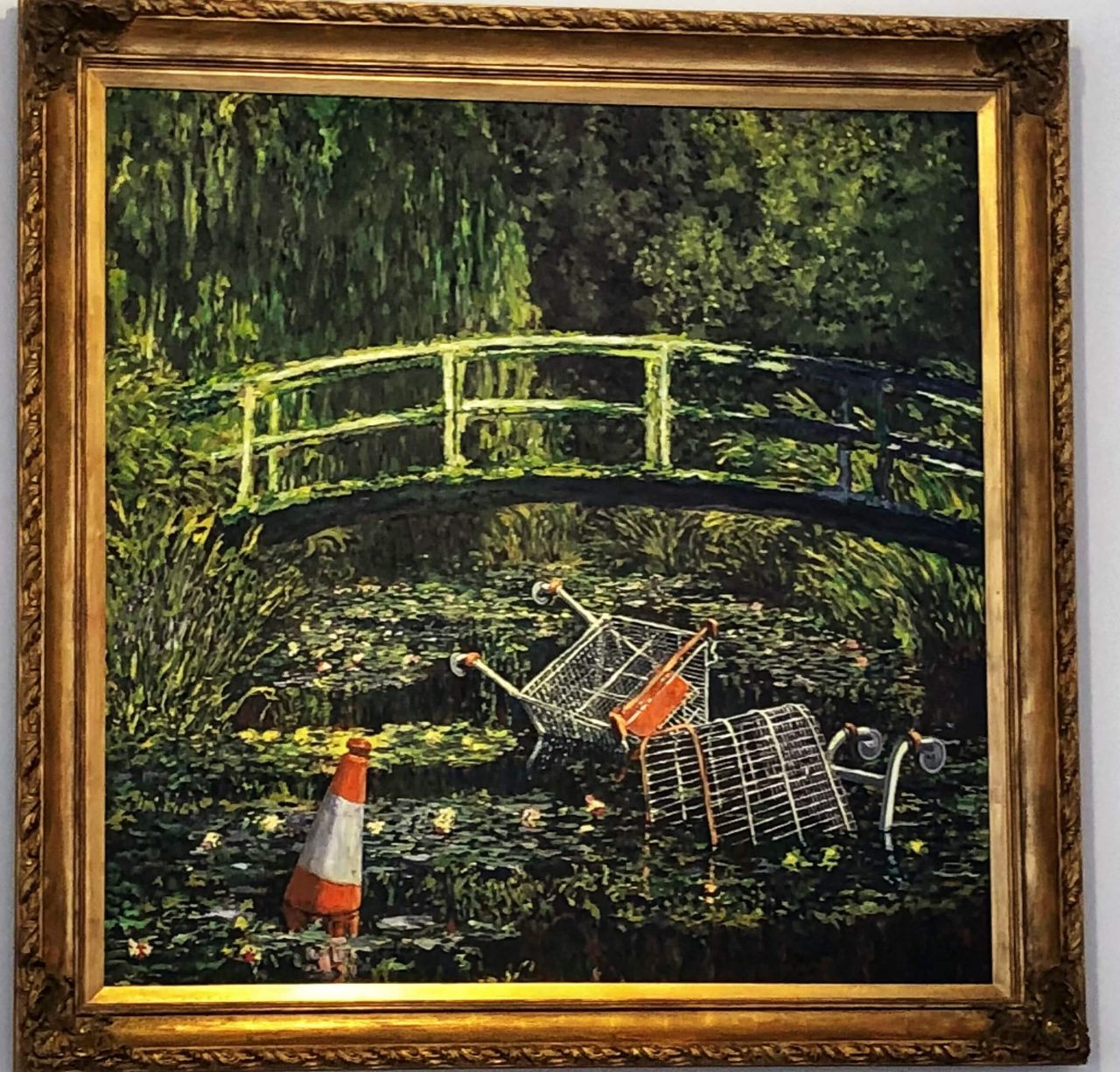 Pseudonymous street artist Banksy’s 2005 work Show Me The Monet has sold for $9.8 million at Sotheby’s in London. The second most expensive Banksy piece the art world has seen at auction, the piece is a parody of Monet’s water lily paintings with added traffic cones and shopping trollies.

Sotheby’s said the piece “presents a dialogue on the impact of the corporate world on our environment and the sacrifices made at the expense of so-called ‘human progress’.”

“The work is such a complex and strong comment on the institution of art, but also a comment on consumerism vs. culture. Today I perceive it as one of the most important works of art in this century so far,” said Jacob Thage, the director of the Museum Jorn in Denmark where Show Me The Monet was most recently displayed to the public.

The painting transforms Monet’s masterpiece depicting a Japanese-style bridge in his famous garden at Giverny into a modern-day fly-tipping spot. Instead of an idyllic lily pond, the composition shows discarded shopping trollies and a fluorescent orange traffic cone floating in the water beneath the bridge.

Show Me the Monet  was created in 2005 as part of a collection called The Crude Oils, and had first been shown publicly in Banksy’s second gallery exhibition, the organisers of which are believed to be the sellers.

“Ever prescient as a voice of protest and social dissent, here Banksy shines a light on society’s disregard for the environment in favour of the wasteful excesses of consumerism,” said Alex Branczik, Sotheby’s European Head of Contemporary Art.

“Recent years have seen seminal Banksys come to auction, but this is one of his strongest, and most iconic, to appear yet,” he added.

Show Me The Monet is the most expensive of Banksy’s works to sell at auction since his painting Devolved Parliament, which depicts MPs as chimpanzees in the House of Commons, sold for $12 million a year ago, setting a record price for the artist’s work.

Banksy, whose real identity is kept a closely-guarded secret, recently spray-painted images of rats wearing face masks inside London Tube trains. He also lost a copyright battle against a company which was using some of his images on greetings cards. In April he responded to lockdown by showing on his Instagram account rats he had painted in his bathroom at home. 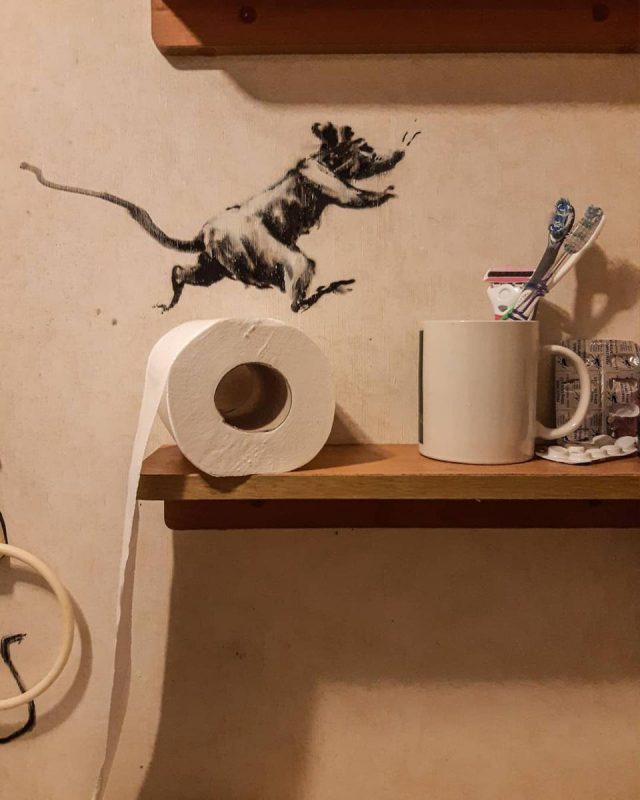