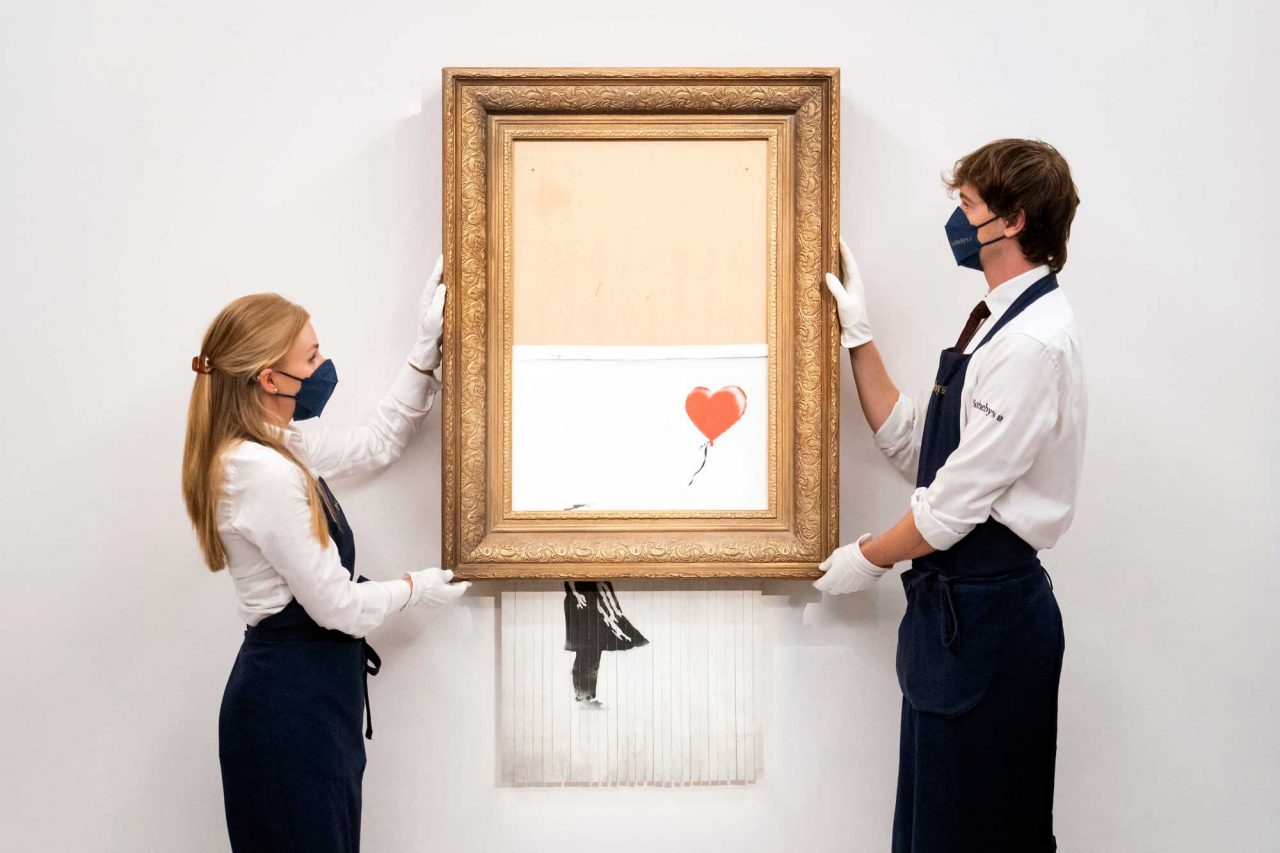 The world-renowned partially shredded Banksy artwork, Love is in the Bin, previously known as Girl with Balloon prior to the self-destruction, has sold for a record-breaking £18,582,000 at Sotheby’s in London on Thursday.

The original piece had attracted attention from all across the world three years ago, when the artist went on to operate the shredding mechanism of the artwork after it went under the hammer for £1m in 2018.

Love is In the Bin as the damaged artwork was renamed was retained by the unknown buyer and went up for auction again as a ‘new work’, with speculation as to whether the art market had recovered sufficiently for it to reach a new high. The piece was auctioned on Thursday selling for £16m, significantly over its £4-6m guide price. Including the buyer’s premium, the purchaser acquired the piece for a total price of £18.6m, beating the previous record of £16.8m set for Banksy back in March.

The auction itself saw various bidders battling it out for the piece. The phone bidders dominated the bidding with dozens of calls coming in. Bidding lasted for approximately 10 minutes with five phone bidders, three bidders in the room and one bidder online. Eventually, it was one of the phone bidders, an Asian collector who was on the phone with Nick Buckley Wood, Hong Kong director of private sales, who secured the piece.

Auctioneer Oliver Barker, before starting the bidding stated that the piece became an “unexpected piece of performance art” when it shredded in the very same auction three years ago.

When concluding the bidding Barker said: “At £16m ladies and gentlemen we are selling the Banksy at Sotheby’s.

“You were here for this fantastic moment.”

“I can’t tell you how terrified I am to bring down this hammer,” he continued drawing in laughter from the room.

Alex Branczik, Sotheby’s contemporary art chairman said: “It is almost three years to the day since one of the most ingenious moments of performance art this century made auction history.

“It has been a whirlwind to follow the journey of this now legendary piece and to have it back in our midst, offering it tonight in the very room it was created by the artist.”

He continued: “Banksy is no stranger to making headlines and this latest chapter in his story has captured imaginations across the world – we can only begin to guess what might come next.”