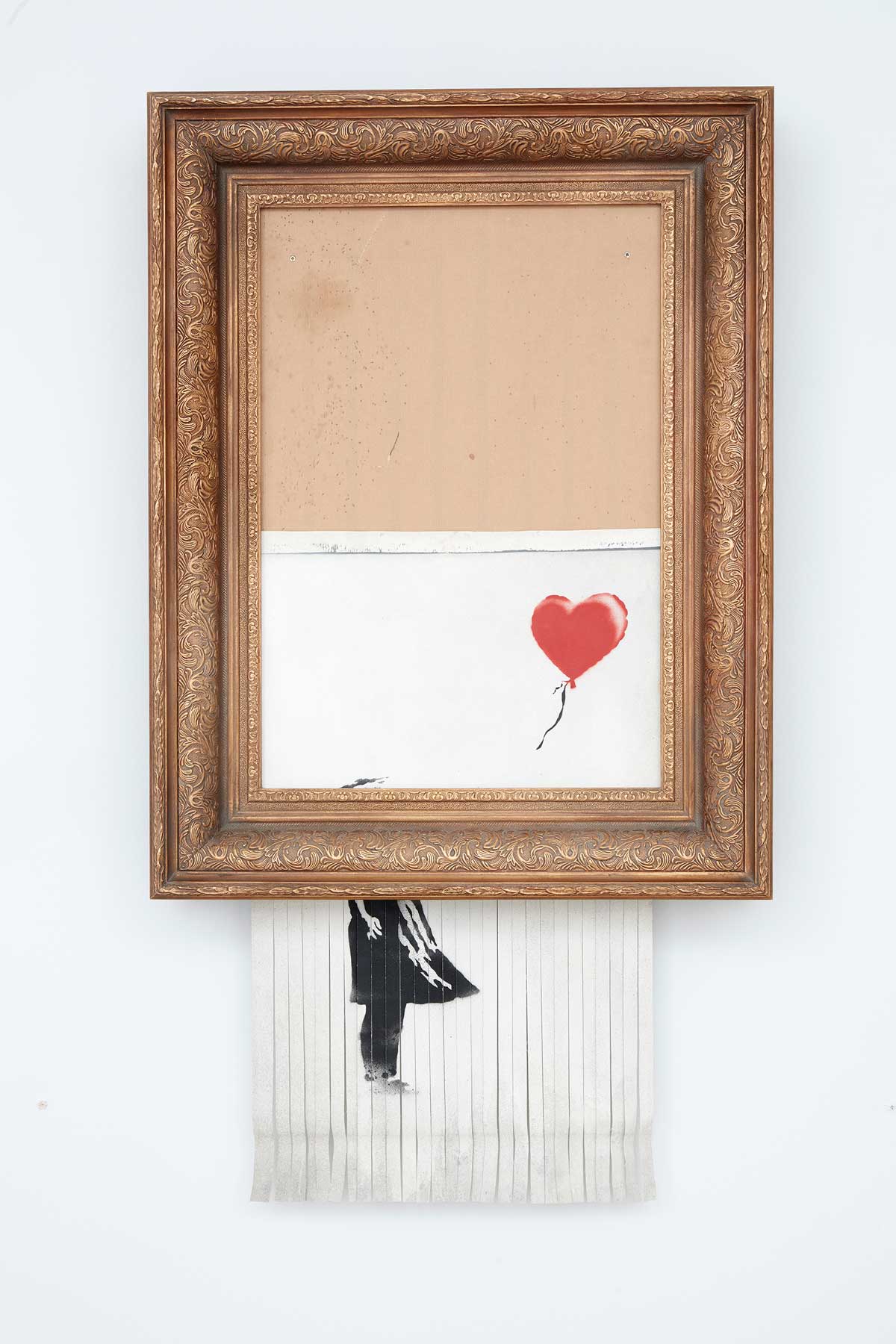 Anonymous street artist Banksy released a video on his official website showing a ‘practice run’ shredding of his famous million-pound Girl With Balloon (2006).

Shred the Love (the director’s cut), which was posted on Tuesday 17 October, implies the stunt pulled at the Sotheby’s auction should have ended with the artwork being completely destroyed.

In the video, Banksy himself is shown constructing the shredding mechanism. The clip also features recordings from the auction itself—including clips of the moment the mechanism was activated as well as the partial destruction.

It ends with the words: ‘In rehearsals it worked every time…’ with a replica of the piece in complete shreds.

See the entire video below:

At one of the most high-profile auctions to date, Banksy’s Girl With Balloon was offered by Sotheby’s during its Contemporary Art Evening Sale on 5 October in London. The artwork—which was initially estimated to fetch £200,000-300,000—self-destructed immediately after it went under the hammer for a whopping £1.04 million. After the sale, Alex Branczik, Sotheby’s head of contemporary art in Europe, said, ‘It appears we got Banksy-ed.’

Since then, the buyer—a female European collector—has revealed she will be proceeding with the purchase at the same price as was achieved on 5 October.

She commented: ‘When the hammer came down and the work was shredded, I was at first a bit shocked, but gradually I began to realise that I would end up in my own piece of art history.’

Branczik added: ‘Banksy didn’t destroy an artwork in the auction, he created one.

‘Following his surprise intervention on the night, we are pleased to confirm the sale of the artist’s newly titled Love is in the Bin, the first artwork in history to have been created live during an auction.’

A history of high-profile pranks

Banksy is no stranger to pranking art establishments. He has previously pulled stunts in the Louvre, Tate Britain, the British Museum, the Museum of Modern Art, the Metropolitan Museum of Art and the Natural History Museum.

Can Buying Art Result in an Additional Income or Capital Gains Tax Charge?