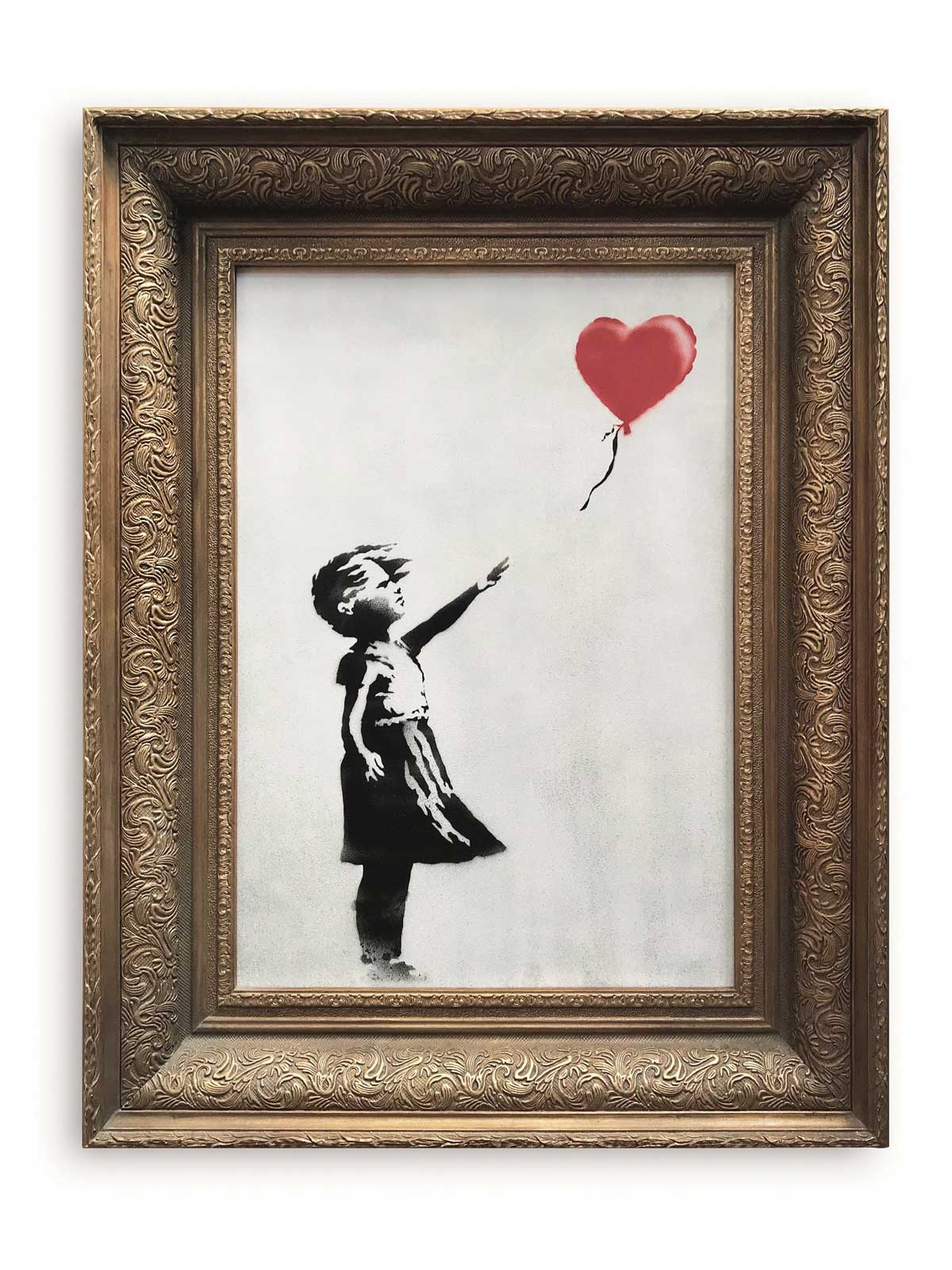 One of his most recognisable paintings, Girl With Balloon (2006), self-destructed immediately after it went under the hammer for an astounding £1.04 million.

It is still unclear what the ramifications are for the art world, the auction house and the buyer, who has not yet been identified.

Alex Branczik, Sotheby’s senior director and head of contemporary art in Europe, said, ‘It appears we just got Banksy-ed.’

Branczik told the Associated Press the auction house is ‘busy figuring out what this means in an auction context.’

In response to the stunt, Banksy has since released a video showing how he secretly built a shredder into the artwork’s frame.

The clip, which was uploaded on the artist’s Instagram, starts with a caption saying: ‘A few years ago I secretly built a shredder into a painting…in case it was ever put up for auction.’

It is still unclear how the shredder was activated.

Girl With Balloon is among the artist’s best-known pieces, having appeared for the first time in a wall in London’s Great Eastern Street.

In 2017, it was voted as the nation’s favourite artwork.

Banksy, the ever-enigmatic artist, has managed to retain his anonymity, despite being one of the most widely recognised figures in the modern and political art landscapes.

He rose to prominence through a series of strategically placed graffiti pieces across the country, and has since gone on to stage instalments such as Dismaland, which the artist himself described as a ‘family theme park unsustainable for children.’

How Artists Throughout History Became Famous

The Legacy of Renaissance Architect Michelozzo