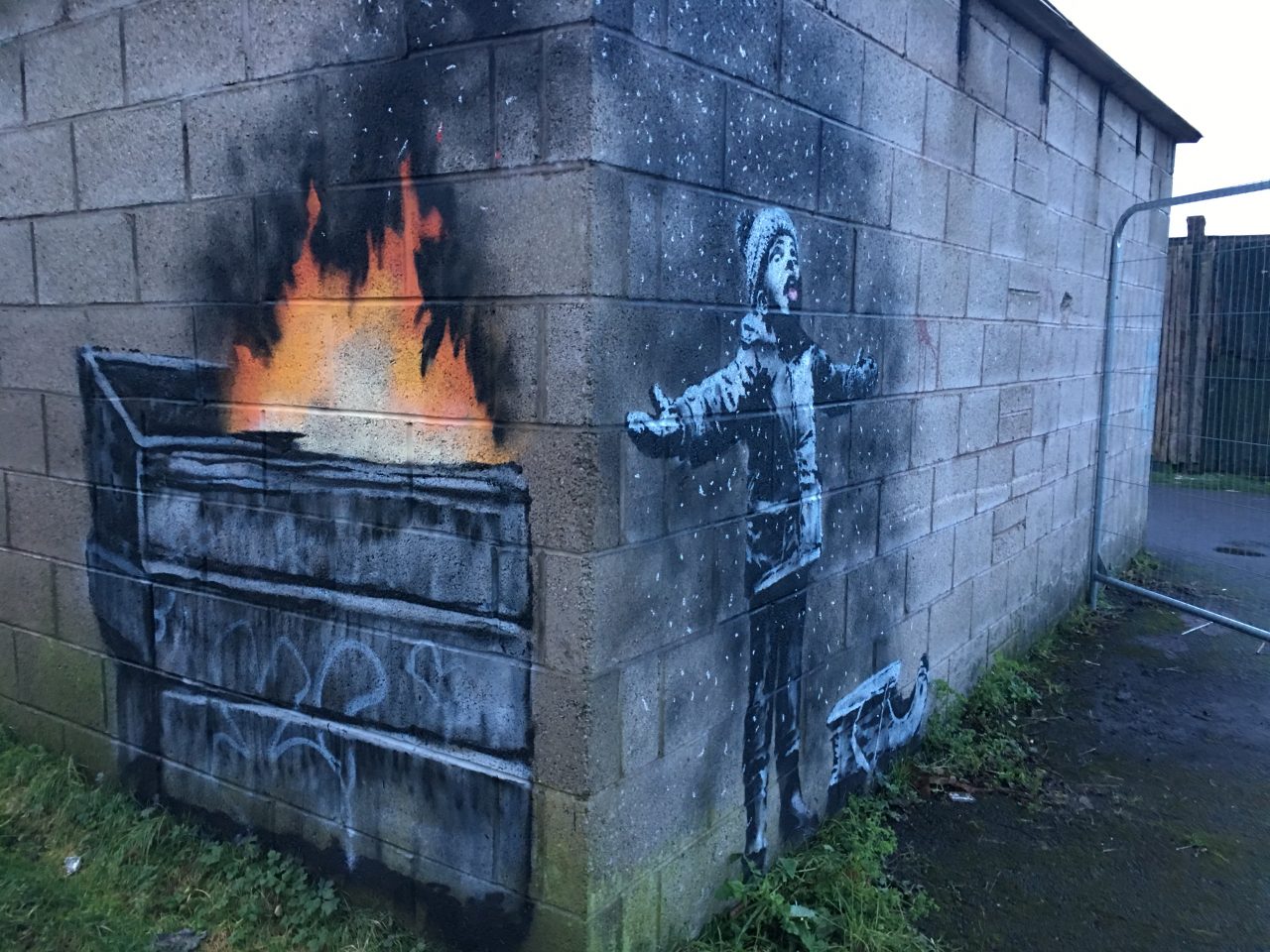 A mural by mysterious graffiti artist Banksy is to be moved from a garage wall in Port Talbot to a new gallery in the town.

Essex-based gallery owner John Brandler paid a six-figure sum for Seasons Greetings, and described it as one of the artist’s most important works.

The graffiti on steelworker Ian Lewis’ garage appeared overnight in December 2018. Contractors begin transferring the piece, painted across two external walls of the Port Talbot garage to a new gallery in the town on Tuesday 28th May.

Ian Lewis has previously spoken of the stress he has experienced looking after the mural, which he always wanted to go into a museum – actor Michael Sheen helped to pay for security for the mural over the Christmas period, when it began to attract large numbers of visitors.

The mural depicts a child playing in what appears to be snow, but which is actually ash from a skip fire. Artist Banksy confirmed it was his work shortly after it appeared

Contractors have spent weeks preparing for the move, coating the mural with resin to prevent it crumbling, fitting wooden framing to keep it upright, cutting the 4.5-tonne wall, and lifting it in sections by crane onto a wagon. A police escort will accompany the vehicle on its way across town to the SAM (Street Art Museum), located at a recently renovated building in Ty’r Orsaf, opposite Port Talbot Parkway railway station.