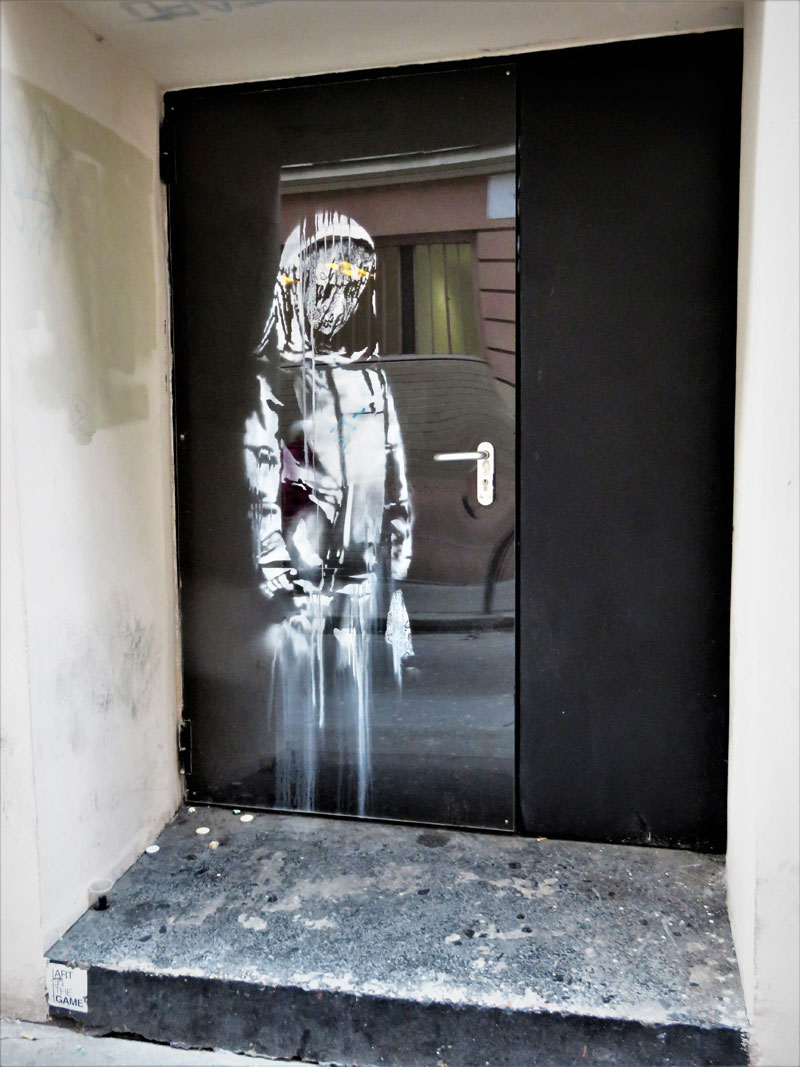 A Banksy artwork that was painted to memorialise the victims of a 2015 terror attack in Paris has been stolen.

The black and white work depicted a mournful female figure wearing a veil and was reportedly cut out of the emergency doors at the Bataclan concert hall, where it paid homage to the 90 people killed at the venue in November 2015.

The concert hall reported the theft in a tweet on Saturday.

‘It’s a deep sadness that moves us today,’ the tweet read. ‘Banksy’s work, a symbol of remembrance and belonging to everyone—locals, Parisians, citizens of the world—was taken from us.’

According to local media, the theft occurred on Friday night and involved ‘a group of hooded individuals armed with angle grinders.’

The suspects were then believed to have driven away with the artwork in a truck.

The Bataclan mural appeared last June, joining a series of other works in Paris attributed to the anonymous street artist.

Banksy shared a picture of the mural on his Instagram.