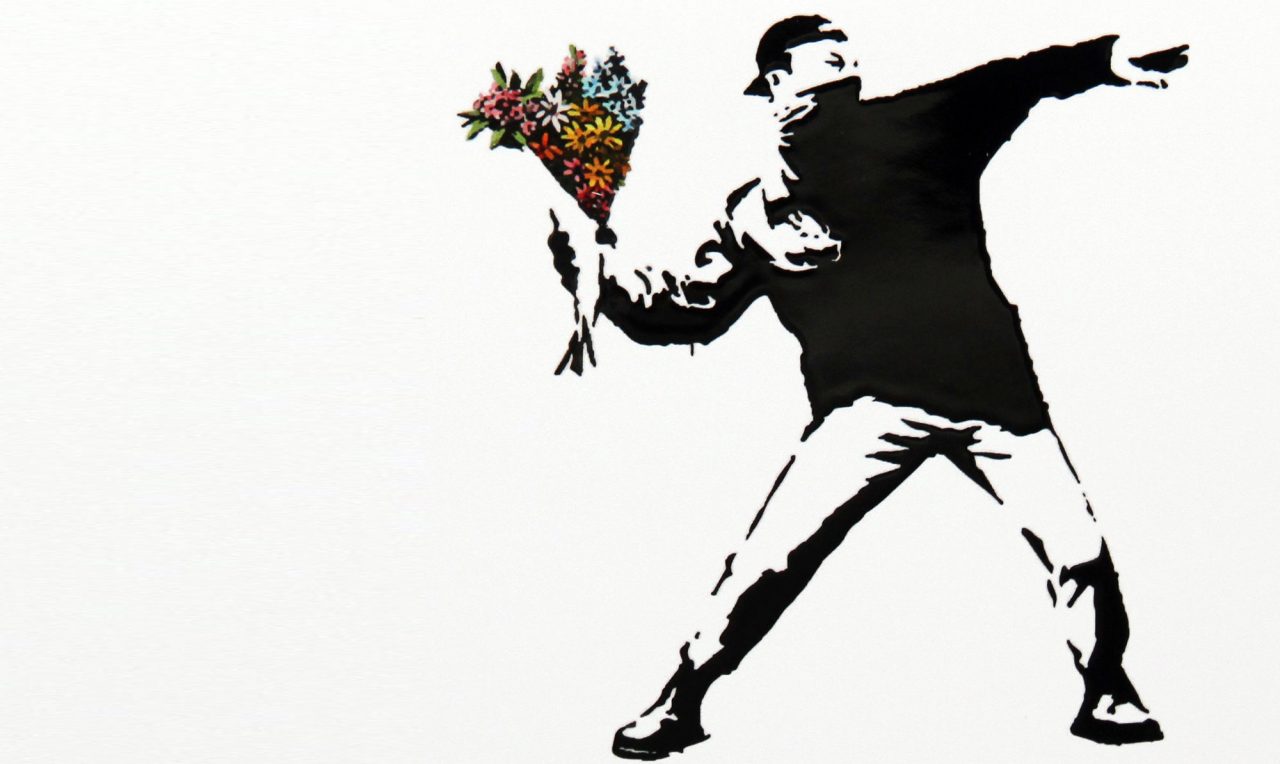 Graffiti artist Banksy has lost a legal battle over one of his most famous artworks with a greetings card company.

The artwork, known as Flower Thrower, depicts a masked protester throwing a bouquet of flowers. It first appeared on a wall in Jerusalem in 2005, and was appropriated by a UK-based card company, Full Colour Black, for use on greetings cards.

Banksy successfully applied for an EU trademark for the work in 2014, and in 2019 opened up his own shop featured versions of his artwork for sale, which he admitted in an interview was “for the sole purpose of fulfilling trademark categories”.

The pseudonymous artist’s copyright claim was challenged by Full Colour Black, arguing that the artist did not use the image for trade purposes or for branding. Judges at the European Union Intellectual Property Office have now granted the appeal, stating in their decision that Banksy’s decision to graffiti public property, his previous expressions of uninterest in maintaining copyright to his own work, and his anonymity were all factors in the ruling.

The panel of judges, part of the European Union Intellectual Property Office, said: “Banksy has chosen to remain anonymous and for the most part to paint graffiti on other people’s property without their permission rather than to paint it on canvases or his own property.

“He has also chosen to be very vocal regarding his disdain for intellectual property rights.

“It must be pointed out that another factor worthy of consideration is that he cannot be identified as the unquestionable owner of such works as his identity is hidden; it further cannot be established without question that the artist holds any copyrights to graffiti.”

Banksy has long expressed disdain for intellectual property, famously claiming “copyright is for losers”, a comment he may live to regret. In fact images of Flower Thrower and other Banksy works are widely available on everything from mugs to cushions.

Full Colour Black’s legal representative said that the decision must be “devastating” for Banksy, adding “He will need to consider whether any of his trademarks for his artworks are actually valid.”

Earlier this year, Neil Buchanan, star of children’s TV programme Art Attack, was forced to deny that he is Banksy following a series of rumours put about on Twitter.