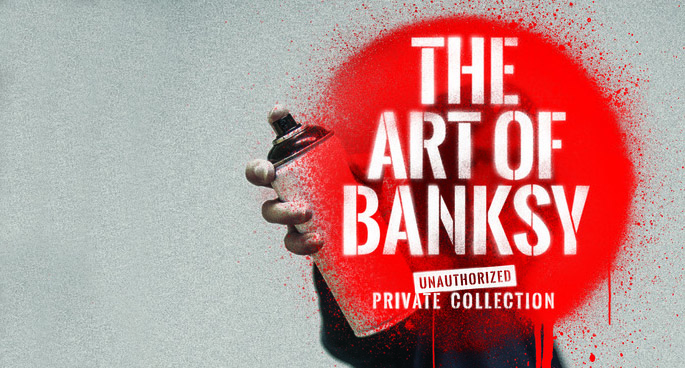 The Art of Banksy

A ‘sort of’ Banksy exhibition, The Art of Banksy, is coming to London after visits to Melbourne, Tel Aviv, Auckland, Toronto, Miami, Gothenburg and Sydney (but not Berlin, where it was cancelled). Curated by Banksy’s former agent, Steve Lazarides, the exhibition is described as ‘not authorized by Banksy and not curated in collaboration with the artist’.

Opening on April 23rd 2020 at an as yet undisclosed venue in South Kensington, the exhibition will feature 80 of Banksy’s ‘original and authenticated’ works, including a version of Girl With A Balloon.

Presented by The Art Of Banksy London Ltd., the exhibition is claimed to hold the world’s largest collection of privately owned Banksy art. On display will be prints, canvasses, screenprints, sculptures, unique works and limited editions from 1997 to 2008, the period which resulted in Banksy’s most recognisable and well-known works. All artworks are on loan from private collectors.

Banksy is infamous for his outdoor art which can be found in streets all around the world. Banksy’s indoor pieces – original and unique works on canvas, wood and paper – have so far been less exposed and are on display at this exhibition.

See also: Banksy: How A Vandal Broke The Mould of British Art