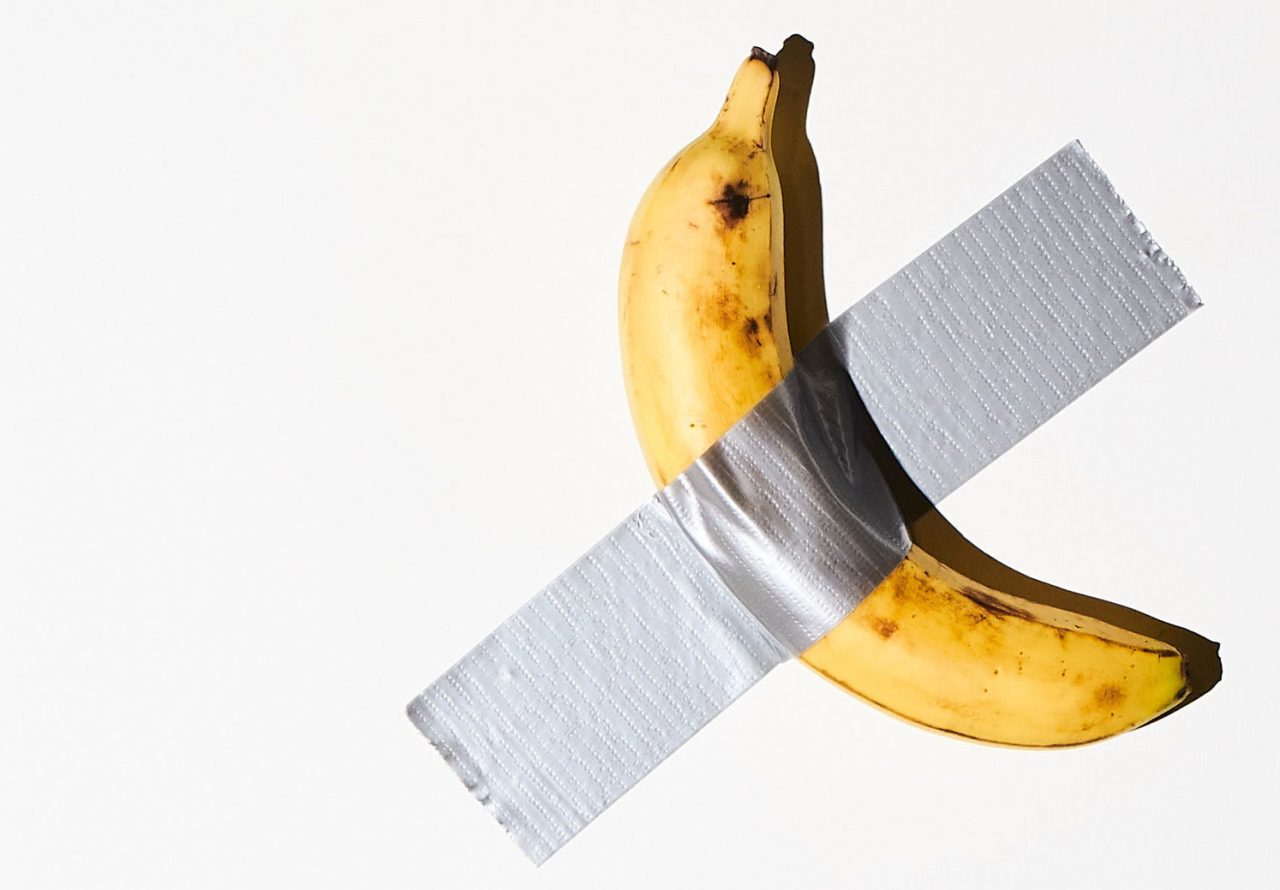 An art work by Maurizio Catellan on display at Art Basel Miami Beach, consisting of a banana duct-taped to a wall, was removed and eaten by a performance artist on Saturday November 7th. The work, Comedian,  was valued at $120,000 – performer David Datuna described it as ‘delicious’.

The artwork comprised a banana bought in a Miami grocery store, and a single piece of duct tape, and the gallery behind the sale, Galerie Perrotin, said there were three editions, and that two had already sold for around $120,000.

The artist had previously stated that the banana could be replaced if necessary, and indeed gallery founder, Emmanuel Perrotin, had been filmed removing a banana from the wall and eating it himself. The artist’s instructions for the work are said to be “intentionally imprecise.” But in a statement on Sunday, the gallery announced that the installation had been removed altogether amid public safety concerns. “Art Basel collaboratively worked with us to station guards and create uniform lines,” it read. “However, the installation caused several uncontrollable crowd movements and the placement of the work on our booth compromised the safety of the artwork around us, including that of our neighbours.”

Prior to the reported sale, Perrotin told broadcaster CNN the bananas are “a symbol of global trade, a double entendre, as well as a classic device for humour,” adding that the artist turns mundane objects into “vehicles of both delight and critique.”

Galerie Perrotin says the artist first came up with the idea a year ago. “Back then, Cattelan was thinking of a sculpture that was shaped like a banana,” reads a press release. “Every time he traveled, he brought a banana with him and hung it in his hotel room to find inspiration. He made several models: first in resin, then in bronze and in painted bronze (before) finally coming back to the initial idea of a real banana.”

Cattelan last made the news in September when one of his artworks,  an 18-carat-gold toilet valued at around $6 million, was stolen from Blenheim Palace.