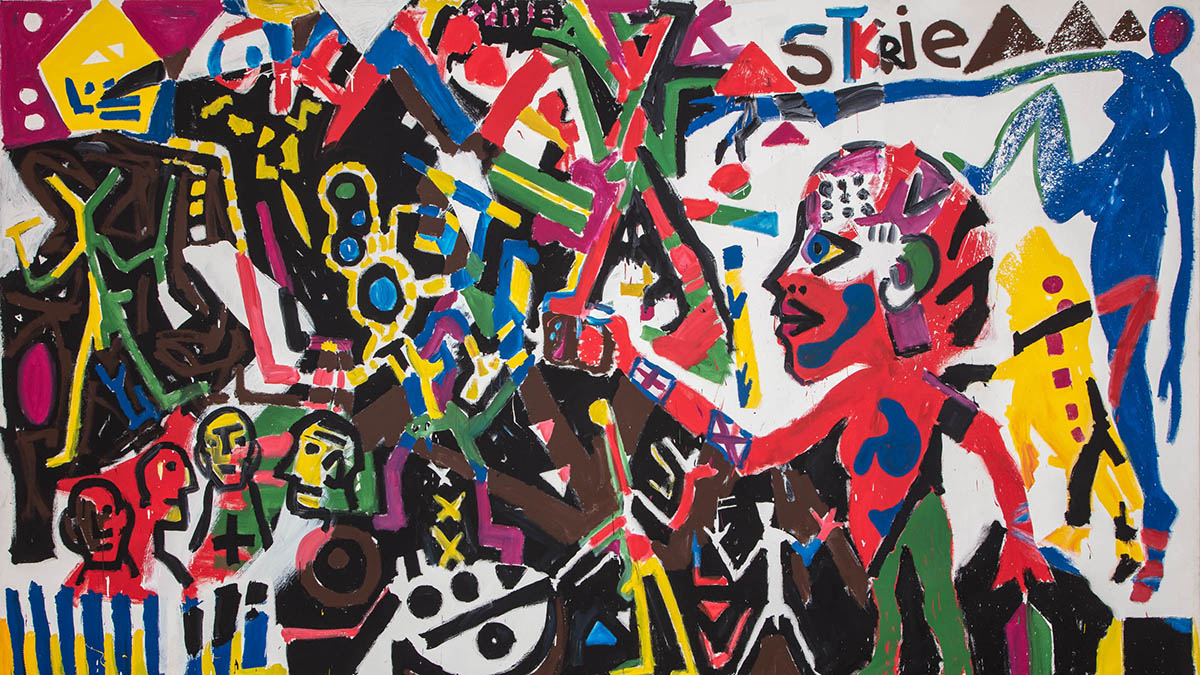 AYE Project Space, a well-established Beijing-based gallery, is making its debut in Hong Kong with a dazzling pop-up exhibition, Angelus Novus, featuring the works of both Chinese and Western contemporary artists, including representative works of German Neo-expressionist masters.

Held from March 26th to 31st, this co-production of Michael Werner Gallery and AYE Gallery will be held concurrently with Art Basel HK, with a shuttle bus to the venue in Chai Wan from the convention centre.

The title of the exhibition, Angelus Novus (New Angel) pays tribute to German philosopher Walter Benjamin’s profound appraisal of Paul Klee’s Angelus Novus: “But a storm is blowing in from Paradise; it has got caught in his wings with such a violence that the angel can no longer close them. The storm irresistibly propels him into the future to which his back is turned, while the pile of debris before him grows skyward. This storm is what we call progress. ”

As the guru of Chinese Cynical Realism, Liu Wei, well acquainted in both western and home contemporary art scenes, had his mind set on progression and self-subversion. In Lan Ting Xu, Liu re-explored traditional ink painting techniques with an intuitive and novel approach.

As the year 2019 marks the 30th anniversary of the fall of the Berlin Wall the show not only commemorates this historical event, but also contemplates the looming fate of mankind: beneath the firmament, caught up in historic turmoil, what is mankind stepping into at the crossroads of globalization and nation-states?

Michael Werner and AYE envision a rosy prospect for the contemporary art scene in Angelus Novus, braving the storm of unknown with grace and finesse, educating and entertaining art lovers and academia alike.

It has not yet been announced for how long the pop-up exhibition will be open; more details here.