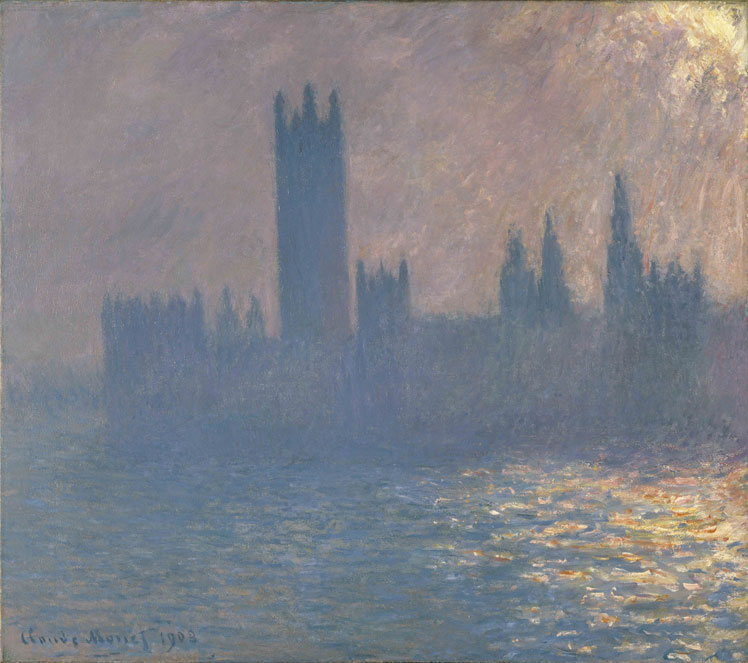 Six paintings by Claude Monet featuring the Houses of Parliament will be brought from the U.S., Germany and France to London, where they will join the Tate Britain’s exhibition—Impressionists in London, French Artists in Exile (1870-1904). It maps the journey embarked on by French Impressionists, who sought refuge in Britain during the 19th century.

While there are 19 paintings within this series, depicting the impressive political Westminster monument from different perspectives, none of them currently reside in the U.K. Gorgeous colours are used within them, transferring the warmth of the depicted sunset onto each canvas expertly. The Tate obtained the six works by Monet this week, ready for the Tate Britain’s exhibition this coming winter.

The upcoming display will also include pieces by Camille Pissaro, Auguste Rodin and James Tissot. The retrospective seeks to uncover the patronages that came from the shift of artists to London at this time. Likewise, it highlights the various ways Britain was interpreted by the artists, allowing audiences to view it through an alternate perspective. Interestingly, their adaptations of London were very different to that of British artists of that era, who would often dismiss the capital’s symbolic fog and smoggy aesthetic. Instead the artists featured in the Tate Britain’s exhibition capture the city in a very real and atmospheric way. This will be discussed and presented in more detail throughout the collection.

Monet journeyed to London to avoid conscription to the army and was accompanied by his wife and young child. He painted several pictures during his few months there and made several impressive acquaintances that would shape his artistic career. Most notable was the artist Charles-Francois Daubigny, who is now recognised as one of the forefathers of impressionism and later became Monet’s mentor.

Director of the Tate Britain, Alex Farquharson, commented, ‘It is a great example of how art in Britain has always been part of a bigger international story and how it has always been shaped by major world events and social upheaval.’

Don’t miss the prestigious works by Claude Monet, which are set to be in the Tate Britain’s exhibition. Impressionists in London, French Artists in Exile (1870-1904) will run from 2 November 2017 until 7 May 2018.

If you have enjoyed reading this article: ‘Works by Claude Monet Set to be in the Tate Britain’s Exhibition’, click here to read more on Arts and Collections about Hokusai’s Great Wave.