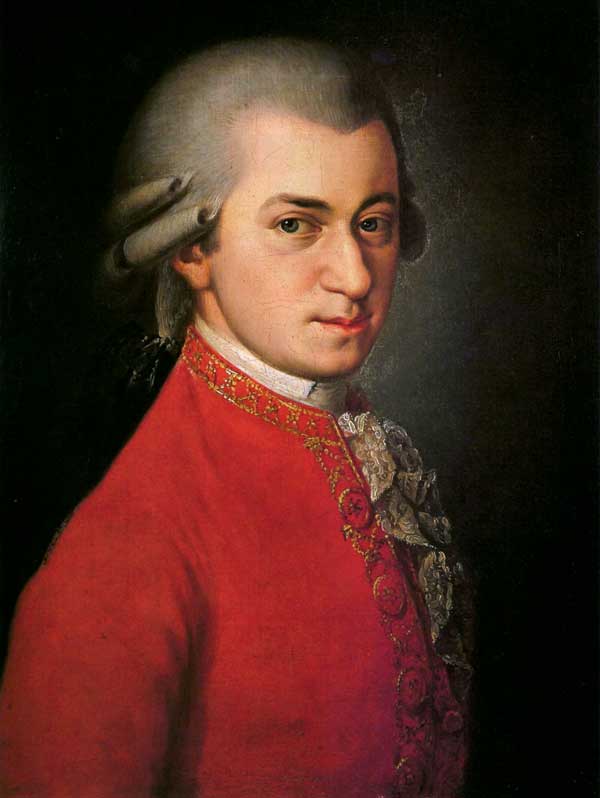 Just when Mozart’s success leapt to unprecedented heights and it seemed he could do nothing wrong, fortune turned against him. A new exhibition puts the spotlight on Wolfgang Amadeus Mozart’s five distinct years in Vienna, 1784-1789.

Wolfgang Amadeus Mozart, the genius we all know for his myriad operas and concertos, is still hitting the headlines today. During the ongoing work being done for the Répertoire International des Sources Musicales (RISM/International Inventory of Musical Sources), Dr Hildegard Herrmann-Schneider came across a music book from c.1780 in Tyrol.

This manuscript contains, among other titles, a hitherto unknown piano piece that is clearly attributed to the young ‘Wolfgango Mozart’. Mozart loved to keep springing surprises on his audience, and continues to do so, it seems. Fittingly, this piece for piano was presented in March in Salzburg, where he was born and brought up. But it was in Vienna, where a current exhibition focuses on his success and misfortune, where he really flourished.

Back in the middle of the eighteenth century, Salzburg was governed and controlled by the archbishop. And although the young Mozart was nurtured by the archbishop at the time, Count Schrattenbach, he soon began to feel its limitations. Travelling throughout Europe as a young man, he enthralled audiences in the foremost cities of music, from Munich, Vienna, Paris, London, to Rome and Milan.

He was admired by everyone and was even received by Pope Clement XIV, who awarded him the Order of the Golden Spur (1769). It was then that he noticed that Salzburg was too small for him; with regard to music it was, after all, a provincial town. The next Prince Archbishop of Salzburg, Count Colloredo, took a harder line with Mozart. Under him, there was no opera in Salzburg, although opera was clearly the pinnacle of musical art around Europe in the middle of the eighteenth century.

Seeking recognition elsewhere, Mozart went to Munich to premier his first big opera Idomeneo to great critical acclaim. But Colloredo ordered him back to Vienna where he resided from 1781 to the year of his death in 1791. Employed by the new archbishop, Mozart obeyed, but was treated badly, according to the curator of the Mozarthaus Vienna, Dr Gernot Friedel. He noted: ‘Even great people like Mozart were not treated very well at the time. Even geniuses like established musicians or philosophers and poets were basically entertainers for the courts. Boredom was the worst disease in the courts back then.’

Leaving Salzburg behind him at the age of 25, Mozart gained a foothold in Vienna and was soon one of the most sought-after keyboard virtuosos. Even the emperor took note, shouting ‘bravo’ during Mozart’s concerts in the Hoftheater.

Friedel recounts: ‘He was incredibly successful, and the first opera he has written in Vienna, Die Entführung aus dem Serail, was to be his biggest Viennese success of all time. This led to invitations to many aristocratic families of great influence, who all supported him. Names like Schwarzenberg, Liechtenstein, Waldstätten, Freiherr von Trattner, Wolkenstein etc., some of the wealthiest people in the capital, did a great deal to support him.’

In 1784, Mozart started the first of his subscription concerts; advertising new compositions in Vienna’s newspaper and then inviting people to sign up. They were then invited to attend private performances of three piano concertos (KV 449, 450 & 451) and presented with sheet music, which Mozart had engraved. Cleverly, these quality engravings were both the orchestra version and the quartet and piano versions, meaning they could be performed as chamber music at home, an innovative idea which was a great hit with his patrons. Mozart did very well out of these subscriptions. The list contained 176 signatures, which Mozart proudly sent to his father.

But then it all changed. Mozart was recruited as a Freemason by Baroness Waldstätten, his patron and a woman he greatly admired. Friedel explains: ‘Mozart didn’t mind becoming a Freemason, many aristocrats were. From the 800 members of the various Masonic Lodges in Vienna, about three quarters were aristocrats. Furthermore, the secrecy and connection to nature appealed to Mozart.’

Towards the end of the 1780s, however, Freemasonry became unpopular. They were accused of supporting the French Jacobites, who wanted to overthrow the French monarchy. Marie Antoinette, wife of the French King, was the sister of Joseph II, which caused great affinity with the court and anger with the riots. People turned against the Masonic Lodges, which resulted in the majority of aristocratic members leaving the organisation. Only a very small circle remained, to which Mozart still belonged.

Politically naive Mozart was oblivious to these troubles. During this time, he composed a comic opera, The Marriage of Figaro, adapted from a play by Beaumarchais, a playwright and a radical during the revolutionary period in France. This was the first time that a member of the aristocracy was not likened to a Greek god or a hero—as was the norm until then—but was portrayed as the philanderer that he was.

Figaro chased anything in a skirt, which was, of course, an affront to the Viennese aristocracy. Cunning schemers did their best to make sure the premier was a failure. Having been bribed, several singers were overdoing their parts and didn’t give the performance their best. The premier flopped and the reviews were dismal.

Karl von Zinzendorf, Finance Minister to Emperor Joseph II, who kept a diary during that period, rated the opera very badly and went back nine times to find out where exactly this opera went wrong. He said that, fundamentally, the opera was a catastrophe and could be forgotten. It is now one of the most significant operas in the world. Only when it was performed in Prague did it become an almost continent-overarching success.

In Prague, Mozart was commissioned to write another opera: Don Giovanni. However, while in Prague, he yearned for Vienna, the city that offered significantly more musical opportunities; in addition to Italian, Russian and Spanish musicians, there was a bigger exchange of interest, architecture and painting, which was all of great interest to Mozart.

In 1784, his concerts were sold out, whereas in 1788, Mozart complained of a lack of interest. ‘Fate is against me, but only in Vienna, I cannot earn any money even when I want to; for 2 weeks now I have sent around a list for subscriptions, and there is only one name on it: Swieten!’ he wrote to his friend Puchberg in 1789. Having lost the favours of so many of his patrons towards the end of the 1780s, Mozart got into money troubles. Friedel explains: ‘He led a relatively lavish lifestyle.

He always owned the best pianos, coaches and horses. He had his works intricately engraved. We also know from the visits by his father in Vienna that he lived and ate lavishly. When he worked on a piece for days and nights on end, he needed to balance this out somehow. He kept insulting people, he played billiard and gambled, which was prohibited in Vienna. But he never abided by these rules anyway. When the emperor ordered grey clothes for his audiences because of the problems in Paris, Mozart wore violet and red with big hats.’ Mozart hardly ever followed the rules, which the aristocracy resented. He came across as arrogant, especially as he was not a part of the aristocracy.

The exhibition ‘Between Fear and Hope – Mozart’s Rise and Fall in the Viennese Society’ looks at five specific years (1784-89), featuring original subscriptions and the announcements by Mozart in the Viennese paper. All 176 names are printed on one wall, juxtaposed by the only name on the opposite wall from the subscription five years later.

Between these walls there is a console with an electric installation of Mozart’s head inside a glass dome, which turns from side to side, from one extreme to the other during his residence in Vienna. The exhibition, situated in Mozart’s apartment, also features various objects from the time such as pictures, books, currency and documents. It runs until May 6, 2012 at Mozarthaus Vienna, Domgasse 5.

‘Here you have a list of all my subscribers;—I have 30 subscribers more than Richter and Fischer put together. The first concert on the 17th of this month went very well—the hall was filled to the brim;—and the New Concerto that I performed won extraordinary applause;—wherever I go now, I hear people speak in praise of that concert.’—W.A. Mozart to his father on  March 20, 1784