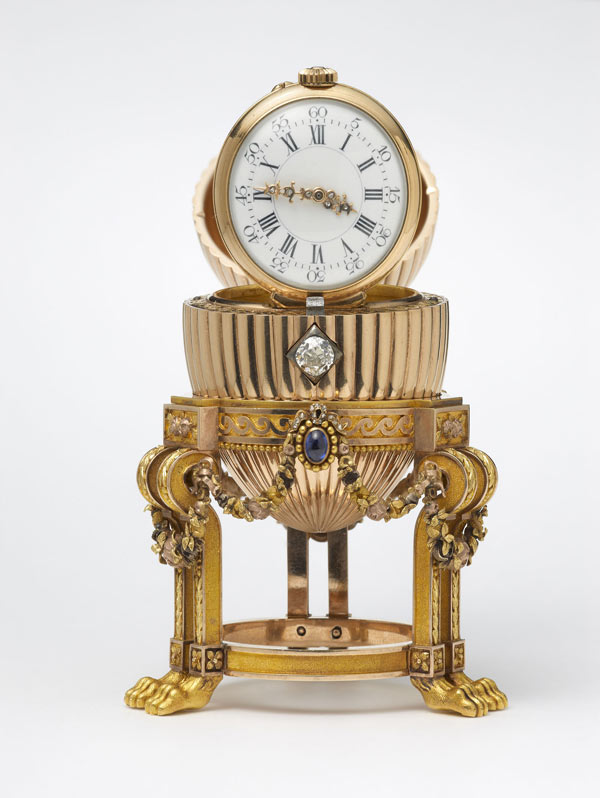 Jewellers to six generations of the Royal Family, as well as a having a clientele of celebrities, it was Wartski, the London Fabergé egg specialists, who also made the headlines in 2014 by discovering the lost Third Imperial Fabergé Egg, valued at £20 million.

The family-run business of Wartski gained mass media attention in 2014 when the company made history by identifying the long-lost Third Imperial Fabergé Egg, a masterpiece of peerless craftsmanship and inventive design. The story goes that after being delivered to Alexander III Emperor by Carl Fabergé, the Emperor gifted the Egg to Empress Marie Feodorovna for Easter in 1887. Some 120 years later, a dealer who had purchased the piece for $14,000, intended selling the exceptionally valuable Egg as scrap metal—unaware of its £20 million value.

Prior to the recent exhibition at Wartski’s showrooms in Mayfair in April 2014, The Egg had not been shown for over 112 years. It was Director Kieran McCarthy of Wartski, also a lecturer on Fabergé, who identified the Egg, explaining, ‘The dealer brought pictures of The Egg and I knew instantaneously that was it. I was flabbergasted—it was like being Indiana Jones and finding the Lost Ark.’

The firm of Wartski, founded in Bangor, North Wales in 1865 by Morris Wartski, maternal great-grandfather of the present day chairman, has enjoyed substantial success during 150 years of antique dealing. The business flourished under the patronage of Edward VII and has attracted a celebrity clientele, including the fifth Marquis of Anglesey, Frank Sinatra, Ian Fleming, Barbra Streisand, and Jacqueline Kennedy Onassis.

In 1911, Emanuel Snowman, Morris Wartski’s son-in-law, opened another branch of the firm in London. For over a decade, he obtained an impressive collection of important works of art, including a gold chalice commissioned by Catherine the Great. He also managed to acquire many treasures that had been confiscated after the revolution of 1917, being among the first to negotiate with the new government of the Soviet Union.

Despite being highly successful in antique dealing, the current directors of Wartski also have an outstanding academic presence.  They have produced a number of specialist books as well as curating exhibitions (Wartski is currently sponsoring ‘Bejewelled Treasures: The Al Thani Collection’ at the Victoria & Albert Museum—see pp.52-55).  This scholarly tradition perhaps stems from A. Kenneth Snowman, Emanuel Snowman’s son, who built upon his father’s pioneering work through his innovative research—his first book, The Art of Carl Fabergé, was published in 1953. Kenneth Snowman was immortalized by Ian Fleming, a Wartski customer, in the James Bond novella Property of a Lady (1963), which described Bond in Wartski’s premises, then in Regent Street.

Geoffrey Munn, Managing Director of Wartski (and well-known as a regular expert on the BBC’s ‘Antiques Road Show’) has written a number of books on his craft, and has marked Wartski’s 150th anniversary by compiling a comprehensive and colourful history of the firm—from humble beginnings in North Wales to becoming jewellers to six generations of the British Royal family.

Intriguingly, there is another Fabergé Egg that Wartski has recorded as ‘lost’. Known as the Nécessaire Egg this masterpiece was last recorded at Wartski on June 19, 1952, when it was sold to a buyer mysteriously named as ‘A Stranger’—for £1,250.