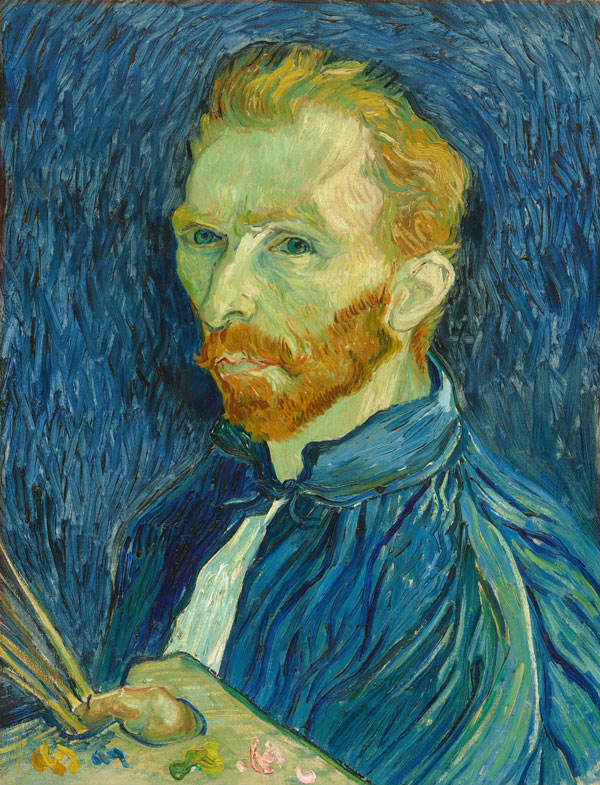 At 27 years old, Vincent Van Gogh decided to become at artist; and just like that, the history of art was changed forever.

Born on 30 March 1853 in Brabant, a region in the south of the Netherlands, Vincent Willem Van Gogh was the son of a Protestant minister and an artist with a love for nature. The eldest of six, although not the first-born (his parent’s first son, also named Vincent, was stillborn), Vincent had two brothers and three sisters but was lonely and melancholy from a young age.

Van Gogh attended school in his village until he was transferred to boarding school in Zevenbergen at age 11 where he was deeply unhappy. At 15, he was forced to leave secondary school and take up work at his uncle’s art dealership, Groupil & Cie. in The Hague to ease his family’s financial struggles.

In the summer of 1873, Van Gogh was transferred to the London branch of the Groupil gallery. This is, perhaps, where his interest in art began. He visited art galleries in his spare time and grew fond of British authors like Charles Dickens and George Eliot.

Van Gogh had little luck finding love. Biographers have long maintained he was attracted to women who were troubled, thinking he could save them. Whilst in London, Van Gogh fell in love with his landlady’s daughter and suffered a breakdown when she rejected his marriage proposal. He also developed feelings for his widowed cousin—who, in response, fled to Amsterdam—and found somewhat of a partner in Clasina Maria Hoornik, an alcoholic prostitute who became his mistress and model. He left her in 1883 partly as a result of loss of the support of his family caused by his relationship with her.

The Flemish-born painter is most known for his contribution to Post-Impressionism. His work, rife with beauty, emotion and colour, highly influenced 20th century art. It all began in 1883 when Van Gogh moved back with his parents in Nuenen, an ideal setting for a ‘peasant painter’. He began drawing hands and other anatomical features of the people he saw there. He proposed to his brother Theo to take the work he produced in exchange for an allowance. The idea was for Theo to sell his paintings in Paris, where the impressionist movement was making waves.

In the Spring of 1886, Van Gogh moved to Paris. There he met Edgar Degas, Camille Pissarro, Henri de Toulouse-Lautrec and other artists who deeply influenced his style and introduced him to Impressionism and its use of light, colour and Pointillism. In 1888, he left the French capital for Arles, where he hoped to found an art colony. Here, he suffered a mental breakdown, during which he famously cut off his own ear, gifting it to a prostitute. The only painting he ever sold during his lifetime, The Red Vineyard (1888), was created during this time—it is now on view at the Pushkin Museum in Moscow, Russia.

During his career, Van Gogh completed over 2,000 works including 860 oil paintings and 1,300 watercolours, drawings and sketches. Although he never found fame during his lifetime, he is now known as the most famous Dutch painted after Rembrandt. His work has broken various auction records—Irises (1889) and Portrait of Dr. Gachet (1990) sold for $53.9 and $82.5 million respectively.

His most notable works include:

Painted a year before his death, this oil painting on canvas is full of colour and emotion. Currently housed in the Museum of Modern Art in New York, this work of art depicts a swirling night sky and a sleeping village with a large cypress.

Vincent Van Gogh painted two series of sunflowers; four in 1888 and one in early 1889. Depicting swirling, bright yellow sunflowers in vases, these works of art are on display in London, Amsterdam, Munich, Tokyo and Philadelphia.

Van Gogh’s self-portraits are, perhaps, his best-known works of art. He produced over 43 during his lifetime. Characterised by the painter’s swirling brush strokes, they are on view in Washington D.C., Amsterdam, New York and Paris.

In 1889 Van Gogh was hospitalised in a psychiatric centre. During this time, he began painting small stripes and spiral curves instead of Pointillism’s characteristic small dots. This is where he painted his most famous work, The Starry Night. When he left the clinic in 1890, he went to see Dr. Paul Gachet, a physician who had treated several artists and was highly recommended by Pissarro.

On July 27, at the age of 37, Vincent Van Gogh shot himself in the chest. The bullet didn’t kill him. The tormented artists died two short days later at home with his brother Theo by his side. Ten years after Van Gogh’s death, his art started gaining international recognition. Large exhibitions were planned around the world, from Paris and Amsterdam to New York and Berlin.

If you liked this artist profile on Vincent Van Gogh, click here to read more on Arts & Collections about Pablo Picasso and his career.

A History of the Colour Orange