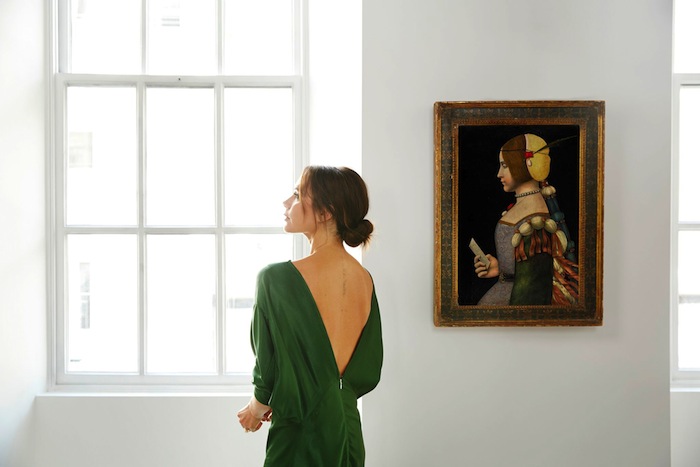 It is Victoria Beckham’s first collaboration with the international auction house and perhaps her most significant partnership since her duet with Dane Bowers.

But it is not the first time the flagship store of her eponymous brand has played host to notable artwork—Turner prize winner Martin Creed and artist Eddie Peak have also exhibited there.

Presenting 16 portraits selected by Victoria Beckham, the Sotheby’s exhibition aims to contrast the classical appeal of Old Masters with the modern aesthetic of the boutique Mayfair store.

The portraits—which include works by Sir Peter Paul Rubens and Lucas Cranach the Elder—will be shown until 27 June.

‘It was my first visit to the Frick in New York last year, that really opened my eyes to Old Masters, and is where my fascination began,’ explained the fashion designer and former Spice Girl-turned-curator.

Victoria Beckham revealed it was literally a dream come true to have these portraits hanging in her retail space and she hoped their installation would be as inspiring to her customers as it was to her.

‘Portraiture is a genre of art the appeal of which has endured throughout the centuries, so it’s great to be able to shine a spotlight on all the tremendous history and romance that can be wrapped up in a single face,’ said Sotheby’s Old Master specialist Chloe Stead.

‘I hope, that in presenting Victoria’s selection of portraits by the Old Masters in this wonderfully unexpected, modern and sleek space, we will be able to participate in some small way in the dialogue surrounding the magic of painted portraiture, and its enduring appeal, even in our modern age of selfie-overload!’

It is the first time Old Master paintings will be on display on the store’s walls.

The works Victoria Beckham has selected include some from the most celebrated artistic movements, from the Renaissance and the Dutch Golden Age to the British 18th century. From famous duchesses and viscounts to self-portraits and sitters entirely unknown, the portraits in the exhibition tell the remarkable stories of both the sitters and the artists.

Speaking about the tradition of portraiture, Chloe Stead explained: ‘There was a moment when its popularity might have given way to the more abstract, conceptual movements in contemporary art during the 20th century, but it was kept alive by the efforts of artist such as Freud, Bacon and Warhol.

‘Over recent years portraiture has found new champions in artists like Hockney, Jenny Saville and Marlene Dumas (to name but a few), and interest in the genre appears stronger than ever.’

The exhibition runs at the store until 27 June in the lead-up to the Sotheby’s sale on 4 July. If you want to get your hands on one of the portraits, you will have to get your paddle out and make your bid. 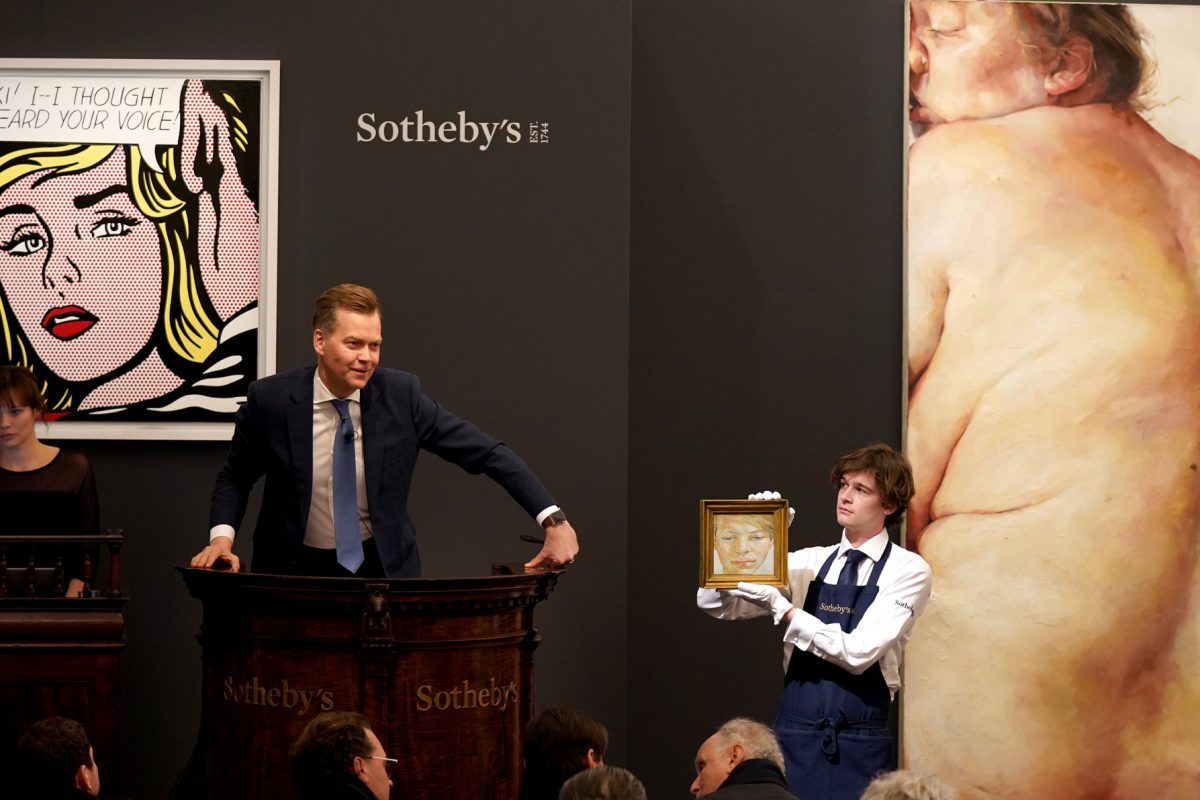