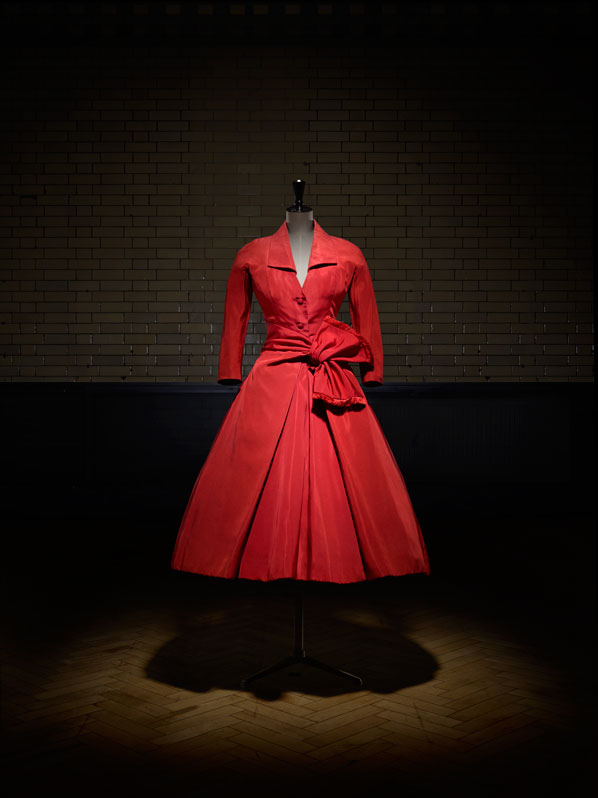 Christian Dior: Designer of Dreams, the most comprehensive Christian Dior exhibition in the UK to date, is set to grace London’s Victoria & Albert Museum in 2019.

Tracing the history of one of fashion’s most iconic names, the exhibition will span from 1947 to present day, highlighting the couturier’s vision of femininity and encompassing garments, accessories and fragrances.

In addition to showcasing the impact the influential couturier had on the industry, the display will also look at how his six successors—from Yves Saint Laurent and Marc Bohan to John Galliano and Maria Grazia Chiuri—kept the fashion house’s name, standing and fame alive.

Based on a major exhibition of the same name, which was organised by the Musée des Arts Décoratifs in Paris, the V&A’s Christian Dior exhibition has been reimagined exclusively for the London museum.

In a brand-new section, the French fashion icon’s love for Britain will be explored and celebrated. He was fascinated by British culture, appreciated British design and even had a preference for Savile Row suits.

The designer himself once famously said: ‘There is no country in the world, besides my own, whose way of life I like so much. I love English traditions, English politeness, English architecture. I even love English cooking.’

Dior reached important milestones in Britain: in 1947, he organised his first UK fashion show at the Savoy Hotel, and in 1952 he established Christian Dior London.

The V&A’s major Christian Dior exhibition will explore the fashion designer’s collaborations with British manufacturers and showcase his most famous British clients.

Presenting over 500 objects and over 200 rare haute couture garments, the Christian Dior exhibition promises to be a must-see for lovers of fashion and style. A particular highlight within the display will be a Christian Dior dress worn by the late Princess Margaret for her 21st birthday celebrations, which is on loan from the Museum of London.

Oriole Cullen, Fashion and Textiles curator at the V&A, said: ‘In 1947, Christian Dior changed the face of fashion with his New Look collection, which redefined the female silhouette and reinvigorated the post-war Parisian fashion industry.

‘The influence of Christian Dior’s designs was all-pervasive and helped to define an era. In their own individual ways, each of the House’s successive artistic directors have referenced and reinterpreted Dior’s own designs and continued the legacy of the founder, ensuring that the House of Christian Dior is at the forefront of fashion today.

‘More than 70 years after its founding, the V&A’s exhibition will celebrate the enduring influence of the House of Dior,’ she added.

Christian Dior: Designer of Dreams will run from 2 February until 14 July 2019. Tickets will go on sale in Autumn 2018.