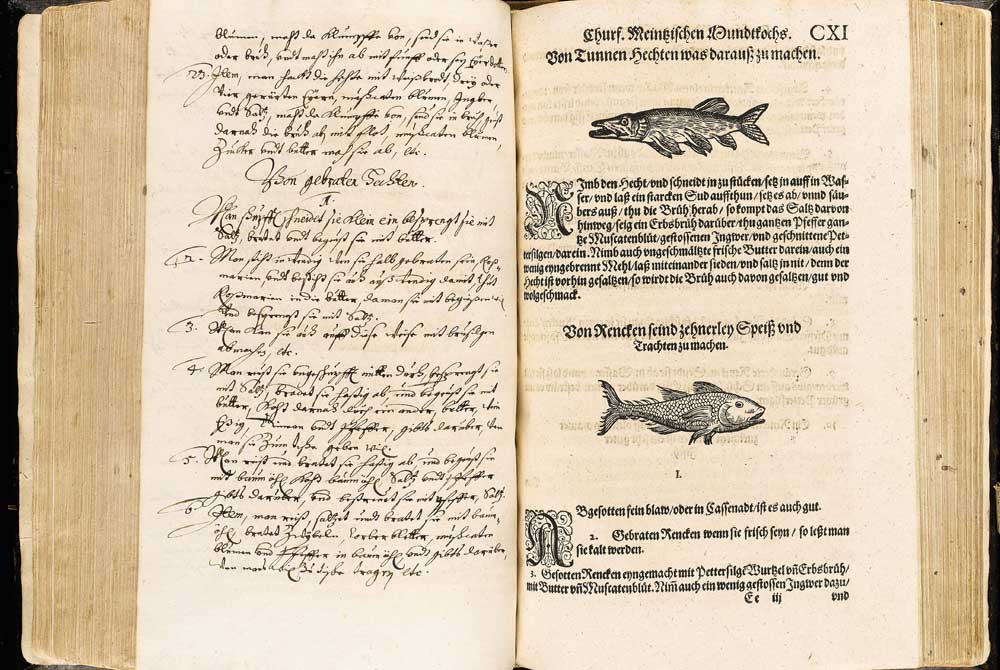 A sale of a unique collection of cookbooks made the headlines in July 2013, while a soft toy menagerie delights collectors.

July 2013 saw a feast of cookbooks come up for sale at Sotheby’s, in one of the most remarkable specialist books sales for many years. It was a remarkable both for the breadth of cookery topics covered, the age range of these culinary compendiums (from the sixteenth to the twentieth century), and for the sheer quality and scarcity of many of the items.

The unique cookbooks were the sale of the collection of the reclusive billionaire, Stanley J. Seeger. Looking back to 1993, 88 Picassos were sold at auction from Stanley J. Seeger’s collections and in March, 2001, you may remember, more of this collector’s treasury of twentieth-century paintings went on show in London—works by Francis Bacon, Braques, Miró, Egon Schiele and Jasper Johns, and no less than three Picassos—estimated to realize £45 million.

I digress, but this sets the scene—so rarely do such fine books and paintings from one of the major collectors of the twentieth century come onto the market.

For the ‘Books for Cooks’ sale, Philip Errington, Specialist in Sotheby’s Books and Manuscripts department, commented: ‘We were thrilled with the result of this hugely successful sale which attracted a high level of interest from around the globe throughout the entire sale process. Making a total of £396,833—above a pre-sale high estimate of £341,600—the sale achieved strong sell-through rates of 92.9% by lot and 90.6% by value, and attracted a large number of bidders and buyers new to Sotheby’s.’

While Sotheby’s were thrilled with the results of this sale, so too were many of the bidders—because books in the cookery and gastronomy sector are set to show a continuing growth in terms of value. One of the highest prices paid (at the low estimate) was Jacques Vontet’s L’art de trancher la viande et toutes sortes des fruicts, Lyon, c.1647, going to an anonymous bidder for £15,000.

This sale was also carried along by its celebrity chef support from the former executive chef from the Savoy, the great Anton Edelmann, who provided a fascinating introduction to the sale catalogue (a mouth-watering catalogue that all serious chefs and collectors should have on their shelves).

Anton Edelmann also provided Sotheby’s guests, that included Giorgio Locatelli, Brian Mosimann, Mark Hix and John Williams, with a feast to celebrate the cookbook sale that included a 16th-century recipe for dormice (before our readers snatch up their fountain pens to write in protest, let me reassure you that Anton substituted rabbit for dormouse for this particular recipe). As well as Apicius Coelius’s mock dormouse dish on Anton’s menu, there were also canapés from Athenaeus, peaches à la Varenne, and chocolates from a 1644 culinary text.

A private collection of Steiff teddy bears and cuddly toys said to be worth around £1.2m is to be sold by Christie’s on October 13. Christie’s toy expert, Daniel Agnew said: ‘This is by far the best toy auction there has ever been.’

The collection, including an 85-year-old bear expected to fetch over £100,000, has been amassed by a couple over fifteen years. An auctioneer who visited their home was amazed to discover the unique collection of soft toys including bears, rabbits, cats, dogs, monkeys, lions, elephants, and frogs.

No doubt world famous personalities who were always accompanied by their teddy bears would be present at the above sale if they could. These include the Poet Laureate Sir John Betjeman and Sebastian Flyte, a central figure in Evelyn Waugh’s Brideshead Revisited.