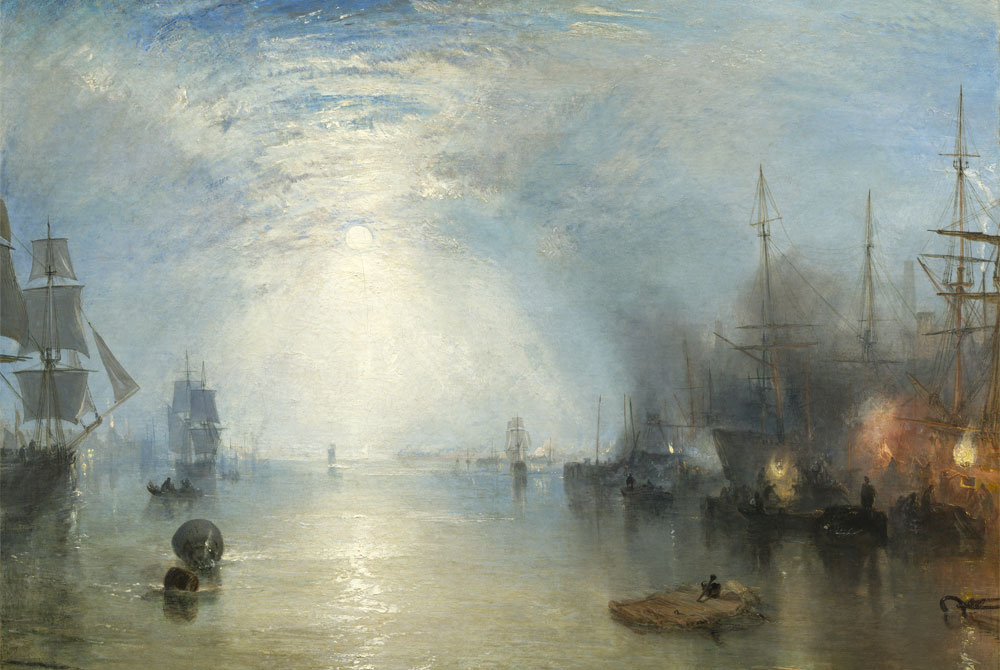 This exhibition is the first full-scale examination of J.M.W Turner’s lifelong fascination with the sea. Dramatic, contemplative, violent, beautiful, dangerous and sublime—the sea was the perfect subject to showcase Turner’s singular talents, and the 120 pieces on display include some of the most celebrated paintings of the artist’s long career.

The extraordinary quality of the works gathered together for Turner and the Sea confirms his status as the pre-eminent painter of water, and demonstrates his unique ability to represent the elemental power of the sea. The exhibition features items on loan from some of the world’s most prestigious artistic institutions including: The National Gallery, Tate, Yale Center for British Art, British Museum, Metropolitan Museum of Art, Royal Collection Trust, Calouste Gulbenkian Foundation, Lisbon and National Gallery of Art, Washington.

From his transformative Royal Academy paintings of the late 1790s and early 1800s to the unfinished, experimental seascapes he produced towards the end of his life, more than half of Turner’s artistic output depicted maritime subjects. It should come as no surprise that a man who spent much of his life along the coastlines of Britain and Europe, who spent days fishing on the river Thames, and who reportedly had himself lashed to the mast of a ship better to paint a storm at sea, captured this subject so often and with such evocative mastery. Nonetheless, the sheer volume of material Turner created in his quest to depict the sea is remarkable.

The catalogue, Turner and the Sea, is published by Thames and Hudson at £35.

Court and Craft: A Masterpiece from Northern Iraq