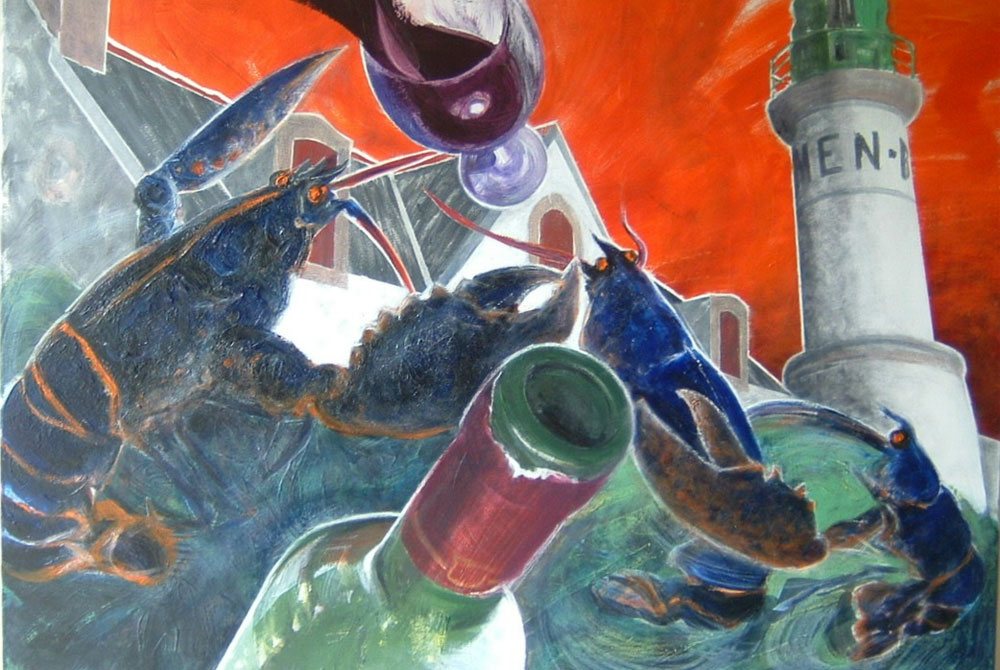 Fortunately for us but unfortunately for lobsters, they are delicious to eat. However, a recent exhibition of paintings entitled Les Homards D’Abord in the port of Audierne, Brittany, presents these crustaceans as inspirational art forms rather than as the more usual bisque or thermidor.

The painter, Tim Phillips, is currently gaining local and international interest in his flamboyant depiction of lobsters in particular and Breton seaside life in general.

His colours are bold and his style is vigorous, and there is not much evidence of a steady hand on the helm of his enthusiasm as his sea fever sweeps us along on a turbulent tide of unselfconscious bonhomie and lobster lore, from sea-tossed lobsters near the Men Brial lighthouse, to a chef lobster overseeing a cauldron of Soupe de Marin.

While some of the paintings give a nod in the direction of surrealism (with perhaps distant echoes of Cecil Collins), the overall effect opens a door on Phillips’s serious joie de vivre, which many will relish.