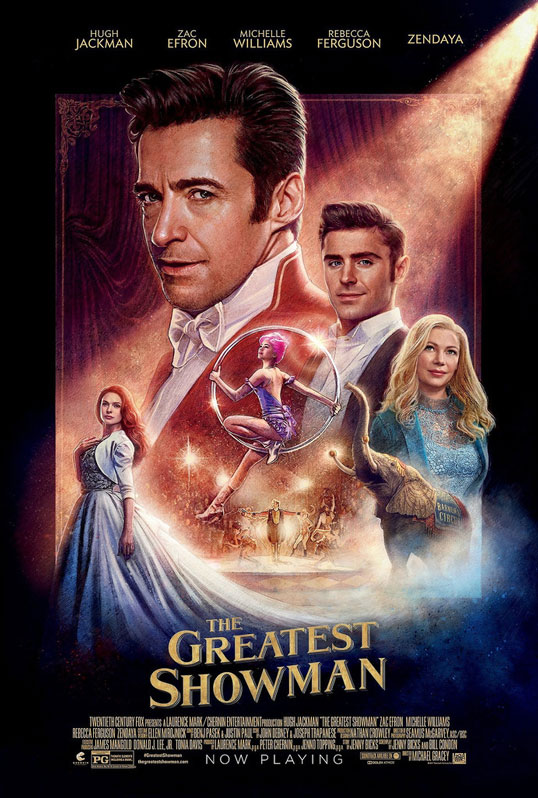 Arts & Collections speaks to costume designer Ellen Mirojnick about her work on The Greatest Showman, one of the year’s best-performing blockbusters

Ellen Mirojnick has worked on many great films: What Women Want (1999), Basic Instinct (1992) and Wall Street (1987) to name a few. She won an Emmy for the costume design of Liberace biopic Behind the Candelabra (2013) and is now being celebrated for her work on one of the most successful films this season: The Greatest Showman.

The Greatest Showman is the fictionalised story of PT Barnum, played by Hugh Jackman, as he creates a revolutionary circus show filled with unique and wonderful people. It’s an explosion of colours and sound that has already won several awards including a Golden Globe for best song (This is Me). While the film is set in Victorian times, the costumes work to create a fashionable, magical atmosphere in which the circus breaks free of society’s conventions.

“The first words Michael Gracey [the director] said to me about the costume design, was  ‘I want the costumes to be very fashionable. I want the overall look to feel like a fashion editorial,’” Ellen told Arts & Collections. “He insisted the look be fresh and magical, and not period-centric. Michael’s references were inspired by the Technicolor musicals of the 1960’s.

“I went about creating a look that was relatable for today’s audience that was an explosion of colour that would paint a picture that was fantastical and romantic.“

There are some undeniably iconic pieces in this film that define both the characters and the magical nature of the film. These include PT Barnum’s ringmaster coat, trapeze artist Anne’s purple leotard and Jenny Lind’s celestial dress. Ellen commented: “By defining their individual characteristics and unique qualities… I was able to specifically design each character and bring to life their individual greatness.”

PT Barnum’s wife Charity, played by Michelle Williams, wears very feminine, simple lavenders, pinks and powder blues, while Jenny Lind, played by Rebecca Ferguson, wears icy whites. Each performer in Barnum’s circus has their own colour palette and specific type of costumes to define both their character and their act in the production.

Ellen added: “I love Barnum’s Ringmaster and all the Jenny Lind gowns, but I never tire of the oddities and dancers…”

A great deal of The Greatest Showman’s success lies in its music. Ellen Mirojnick was given the task of not only designing costumes that would work as part of the film, but also create garments that would allow the actors to move about and dance.

“The music and choreography informs all you do,” Ellen said. “I think the vibration of the music created by the great Pasek and Paul and the feel of movement calibrate my imagination and process while designing a musical. I am always feeling the performance and what the dancers will need for each number and, of course, how it will come together with the rest of the film.”

“Every night I lie in bed, the brightest colours fill my head. A million dreams are keeping me awake” sings Hugh Jackman in his role as PT Barnum. Ellen Mirojnick brings this kaleidoscope idea alive in her designs. She said: “I think I found my DNA designing flamboyant showmen. I couldn’t be happier doing such layered encrusted projects—I love the sparkle, there is never too much, the excitement that comes from the art of showmanship. I could continue to design flamboyance forever.”

Ellen Mirojnick has been nominated for both a Costume Designers Guild award and an Empire Award for the costume design of The Greatest Showman. She told Arts & Collections that she is “honoured” to have been recognised for her work.

Ellen added: “I feel both blessed and always grateful for each experience.”

Read more: Winston Churchill: The Artist Behind the Politician

The Art of the Statement Handbag