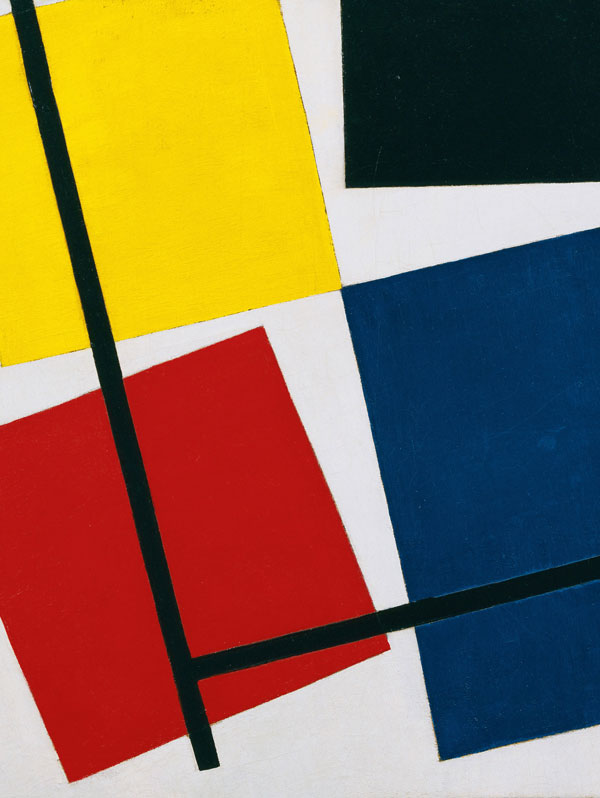 The early twentieth century saw one of the most influential artists of the time, painter, designer and architect, Theo van Doesburg, leading the charge for what the avant-garde has always represented: the dangerously new.

One of the most influential art movements of the twentieth century, regarding abstract art and design, was De Stijl or ‘The Style’ formed in the Netherlands by the Dutch artist Theo van Doesburg. Through his enthusiasm for the arts—he was also a poet, art critic, designer and publisher— Theo van Doesburg launched his first publication of De Stijl in 1917 which brought together a group of artists, designers and architects with the idea of promoting their new vision.

While it seemed Paris was the only place to be for the avant-garde, the group’s isolation due to the Netherland’s neutrality during the World War I proved an unexpected advantage for these artists, taking them on an entirely different path to their foreign contemporaries.

Theo van Doesburg’s philosophy regarding art formed in his early thirties. Though he had started his career as a traditional painter concerned with painting realistic imagery of landscape and people, his ideas later became more radical. He questioned the reason for making representational paintings and came to the conclusion that art should be made not only for its own sake through the exploration of colour, shape and materials but that it should also serve a functional purpose.

Theo van Doesbug’s passion for every type of design from painting and architecture to lettering and typefaces resulted in his contact with an extraordinary number of artists, designers and architects and involved him in a plethora of art movements.

A key member of the De Stijl group, who later had an extensive influence on modern art, was an artist of reserved character completely the opposite in temperament to the gregarious and outgoing Theo van Doesburg. Piet Mondrian had just arrived from staying in Paris, only to find he was unable to return there due to the outbreak of war.

In Paris he had been deeply impressed by the Cubist works of Picasso and Braque whose ground-breaking paintings of still lifes and landscapes used flat planes of colour and revolutionised the traditional manner of depicting space. Theo van Doesburg was delighted to meet Mondrian and exchange his ideas and especially discover they had similar thoughts regarding the development of painting.

Piet Mondrian’s striking reductionist paintings must have seemed shockingly different at the time to the general public’s idea of art. His compositions of carefully considered grids of vertical and horizontal black lines counterbalanced by selected areas of red, blue and yellow focus entirely on the creation of spatial depth on a two-dimensional surface.

Mondrian was invited by van Doesburg to write his first treatise Neo-Plasticism in Painting for the inaugural issue of De Stijl in 1917. He wrote: ‘As a pure representation of the human mind, art will express itself in an aesthetically purified, that is to say, abstract form … The new plastic idea cannot therefore, take the form of a natural or concrete representation … this new plastic idea will ignore the particulars of appearance, that is to say, natural form and colour. On the contrary it should find its expression in the abstraction of form and colour, that is to say, in the straight line and the clearly defined primary colour.’

Through their close intellectual friendship, van Doesburg proved his ability to encourage and confirm Piet Mondrian’s ideas. But his final insistence that the inclusion of diagonals within compositions should also be used, proclaiming this through his publication De Stijl, appalled Piet Mondrian, who wrote: ‘After your arbitrary correction of Neo-Plasticism, any collaboration, of no matter what kind, has become impossible for me. I regret that I cannot prevent publication of my photos and articles in the current numbers of De Stijl. Beyond that, no hard feelings.’

Designer and architect Gerrit Reitveld also joined the De Stijl group and was influenced by Mondrian, one of his most successful three-dimensional designs being his now iconic Red-Blue Chair made in 1917. Originally painted black, grey and white, Reitveld later repainted it using the colours in Piet Mondrian’s paintings.

As an architect he is also famous for the Reitveld Schroder House built in Utrecht which is arguably the only existing building that strictly adheres to De Stijl principles. It was originally commissioned as a family home but has since been restored as a museum and is now preserved as a UNESCO World Heritage site.