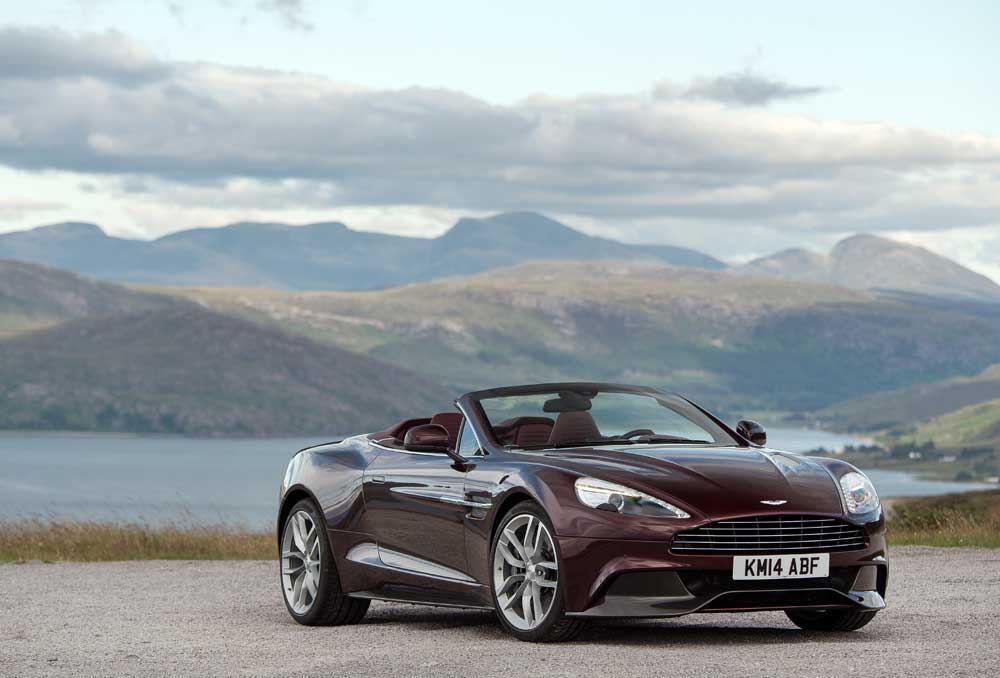 Driving at 100+ with 197 possible, pundits are in double-declutching ecstasy, crooning adjectives like falling confetti—awesome, astonishing, beautiful, blistering, breathtaking, thrilling. And of course they are talking about new-to-the-stage Aston Martin’s 2015 Vanquish Volante, aka ‘the ultimate grand tourer’. No doubt the superlatives are well earned, given not only the Volante’s performance (catch your breath at the ‘blistering’ 0-60 in 3.8 seconds as the g-forces make themselves felt), but also, yes, but also that beautiful body to die for: ‘This super GT is sculpted to convey sophistication as much as raw power,’ says Aston Martin design director, Marek Reichman.

For your starting price of around £240,083 you need to get a lot of car for your money. And you do. You get raw power and smooth sophistication, you have an engine that delivers that reassuring growl of pure power, and you undoubtedly have a collector’s car that will maintain its desirability for a long, long time.Harnessing the power of AM29 V12 engine is the all-new Touchtronic III ZF eight-speed automatic transmission. Touchtronic III sets new standards for performance and shift speed. With eight gears produced by four gear sets and five shift elements—always operating at their optimum level—you experience exceptional shift quality and even faster acceleration.

There’s an awesome 568bhp of power under your command, and eight gears shifting in just 130 milliseconds. The 2015 Vanquish Volante, ‘honed for a truly remarkable driving experience’, is an Aston Martin boast that few would wish to argue. With the Aston Martin interiors, we’ve come to expect nothing but the very best—and that’s exactly what we get, as we climb into the 2015 Vanquish Volante… With its soft leather interior, hand-stitched to the highest standards, and given a wide range of colour choices, we’re buying into a thoughtful combination of ergonomic elegance, passenger comfort and security.Aston Martin says that the Vanquish Volante is ‘the most technologically innovative convertible we’ve ever made, truly engineered to be a convertible’.

The three-layer lightweight fabric roof takes just 14 seconds to fold (operating at up to 30mph). The 1000W Bang & Olufsen BeoSound system monitors and adapts, based on open-top conditions. And the boot loading capacity is more than 50 percent higher than that of the DBS Volante, whether the roof is up or down. This is more than a supercar—it’s adesign statement.