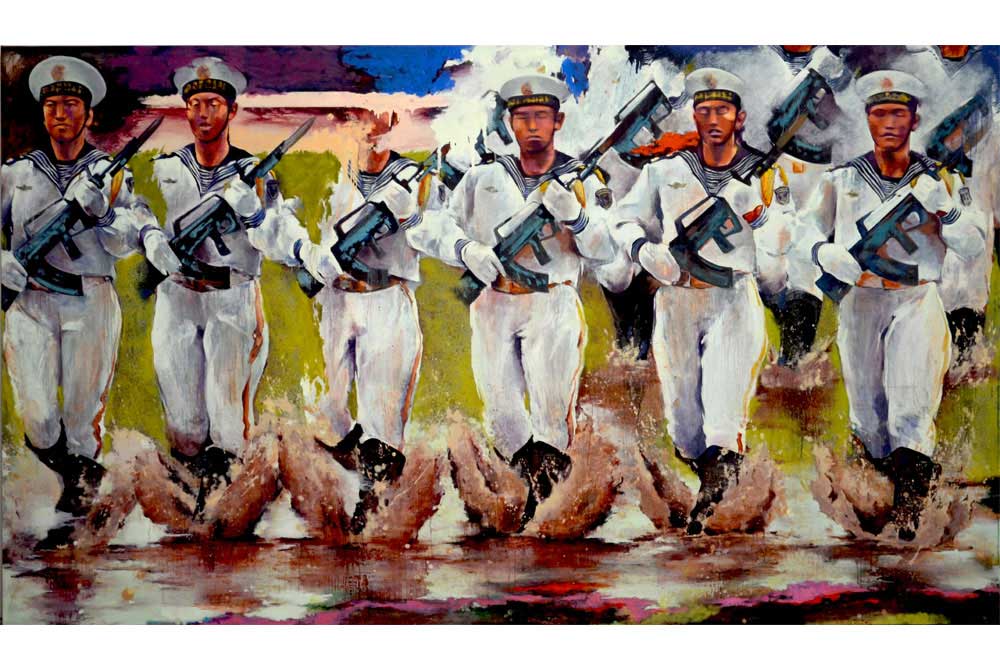 Based in Europe and having travelled regularly to the Middle East region over the last two decades, Iranian art collector Ramin Salsali witnessed the fast-paced transformation that the city of Dubai underwent over a short period of time. In the space of twenty-five years Dubai transformed itself into a modern metropolis that now boasts world famous luxury hotels, shopping malls, restaurants and a business hub. Yet, as Salsali despaired, no art museum or national galleries were among the priorities driving the city’s development.

While the mega-institutions such as Louvre and Guggenheim planned for Saadiyat Island (‘the island of happiness’), off the coast of Abu Dhabi, will create a significant cultural district for the U.A.E, the collecting practices for such museums will be unavoidably institutionalized. Salsali is determined to offer a complementary, individual and niche program to this institutional program by encouraging the creation of Private Museums.

Due to lack of a clear legal framework, there are a number of critical issues facing collecting and museum practices in the Middle East, but Salsali maintains that at the core, a collector is a Patron of Art and a Museum of Art is a responsive and supportive tool to be utilized in the development of a city. With a firm belief that art is not only fundamental to all civilizations but that it also serves as the peaceful and universal language for individual and global commitment, Salsali resolved that he himself would create the first museum for contemporary art in Dubai, in the hopes that this spark of creative enterprise might act as the catalyst for greater evolvement throughout the city.

Salsali Private Museum is a contribution to the unique process of the development of the United Arab Emirates and Dubai as an evolving hub for the art and culture for the Middle East. The core simplicity of the concept of SPM – in that it is not a foundation or institution but a museum owned by one individual and open to the public free of charge – eliminates any potential intimidation or trepidation other individual collectors might feel upon considering opening their own spaces.

Salsali views the practice of collecting to be as important as a collection itself. SPM is the first collector’s center in the world to provide a non-profit service to local and international art collectors. Showcasing the Salsali Collection through a series of rotating exhibitions and hosting international guest exhibitions, SPM is a cultural base and platform for new and established collectors to meet, and acts as the catalyst in the creation of a new generation of collectors.