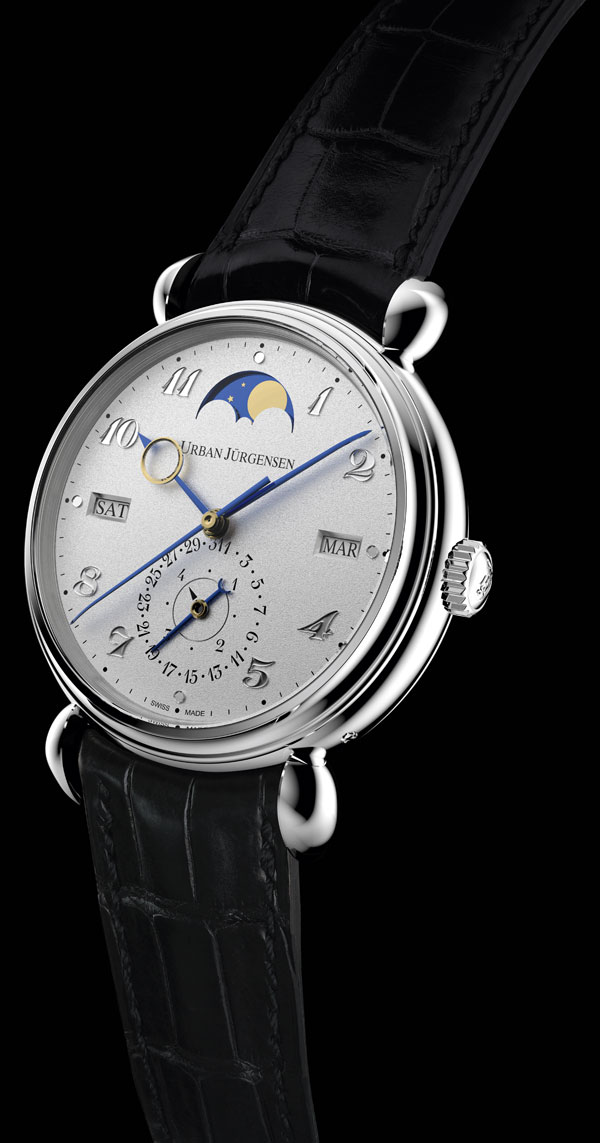 Of course none of this has come about by accident; instead it is the product of years, indeed centuries, of artistry and commitment. To understand Urban Jürgensen today it is necessary to take a step back and understand a little of their past.

Their story starts in 1745 with the birth of Jürgen Jürgensen in Copenhagen, founder of the watchmaking dynasty that still bears his name. Jürgen’s son, Urban Jürgensen (1776 – 1830), quickly followed in his father’s footsteps.

After being apprenticed to such extraordinary watchmakers as Breguet in Paris and Arnold in England, Urban steered the Jürgensen brand to new heights. King Frederick VI of Denmark granted him a Royal Appointment to supply the Court with watches and the Danish Admiralty with chronometers, and in 1815 Urban was even admitted to the Royal Danish Academy of Science, the first craftsman to be honoured in this way.

Urban’s two sons, Jules-Frederik and Louis Urban, continued the family tradition. Jules studied in Switzerland and moved to Le Locle, while his brother Louis remained in charge of the factory in Copenhagen, giving the company a base in both countries it has maintained ever since.

Such was the innovation and excellence of Jürgensen’s output that the company exerted a tremendous influence on the watchmaking industry of Le Locle, and indeed the entire Canton of Neuchatel, introducing the latest techniques from around the world. As a result, Jules Jürgensen was honoured in 1864 with a Gold Medal by the Canton of Neuchatel for his efforts in precision horology and betterment of Swiss Industry.

After the death of the last watchmaker in the family, Jacques Alfred Jürgensen, in 1912, the company passed through several hands. Despite these changes the name Urban Jürgensen always possessed a very particular cachet, testimony to its reputation amongst watch aficionados.

The Urban Jürgensen collection embodies unswerving commitment to quality and brings to perfection groundbreaking UJS-P8 movement, the world’s first to use a chronometer escapement. The result connects the marine chronometers and clocks made by Urban Jürgensen in the 18th and 19th centuries to watchmaking in the 21st century. As so often in the Urban Jürgensen story, the past defines the present.

And so the story of Urban Jürgensen ends where we began, with that elusive, indefinable something that separates the superlative from the merely exceptional. In an industry where money and machinery can solve most production problems, including the challenges posed by miniaturisation, Urban Jürgensen have chosen to deploy old craft methods for the simple reason that no automated process can possibly match the integrity a true craftsman can achieve.

This reflects their core philosophy that a fundamental measure of any enterprise is the quality of the choices it makes. Urban Jürgensen have chosen heritage and tradition because they believe there is no automation shortcut to excellence. This attitude gives every Urban Jürgensen wristwatch a unique aura – invisible to many, but appreciated by true watch connoisseurs everywhere. For those who seek the very finest things in life.