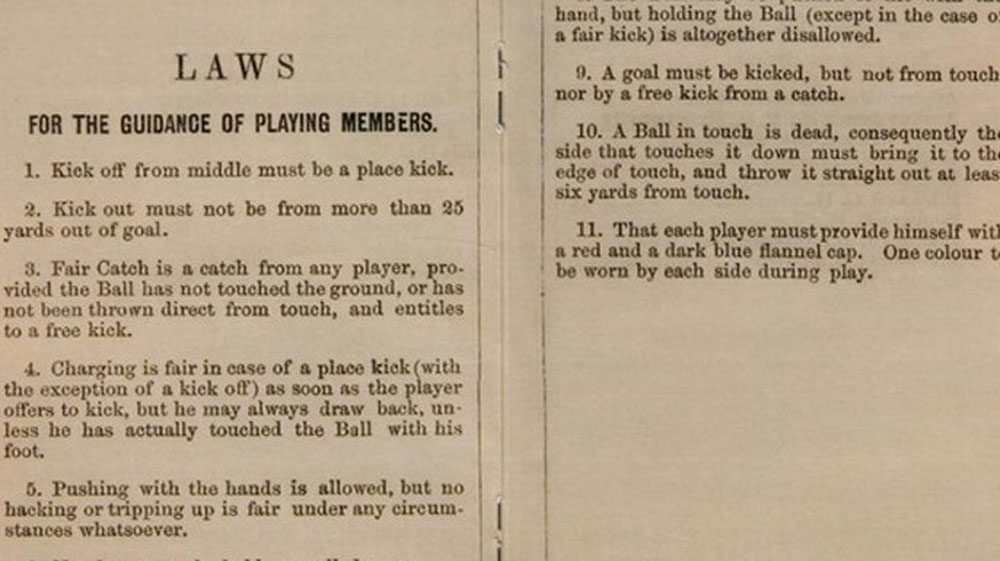 Antique marketplace LoveAntiques.com has revealed a list of the top five most valuable football memorabilia as well as a set of guidelines for potential collectors.

The list, created in collaboration with sporting memorabilia expert Chris Williams, puts a football rulebook from 1863 at the top of the list. It was sold by Sheffield FC—the oldest known club—in 2011 for a staggering £881,250.

Williams, who is a sports expert and owner of Sportingold, said that while it’s unlikely that items of this stature are sitting in people’s attics, sports fanatics may have old programmes and signed items ‘hidden in a drawer or at the back of a wardrobe’.

Collectors should keep hold of these: ‘You never know, you could have your hands on a small fortune!’ he added.

‘The World Cup has already been full of surprises, and it’s likely we’ll see memorabilia from this tournament rising significantly in value over the next 10, 50, 100 years—so it’s definitely worth investing in the right items now.’

Will Thomas, managing director at LoveAntiques.com, said: ‘Football is the UK’s most popular sport and with the World Cup on, the whole country is hooked.

‘Sporting memorabilia is something that has always been a popular area for people to collect and invest in, but we never realised how much some of these items could be worth.’

According to the experts at LoveAntiques.com and Sportingold, other items of football memorabilia that regularly sell at auction include cup final medals and programmes.

When looking for their next investment or collectable, individuals are advised not to buy commercial items sold in a Club’s shop. For a higher ROI, collectors should instead buy genuine items—such as match-won shirts—with authenticity from a reliable source.