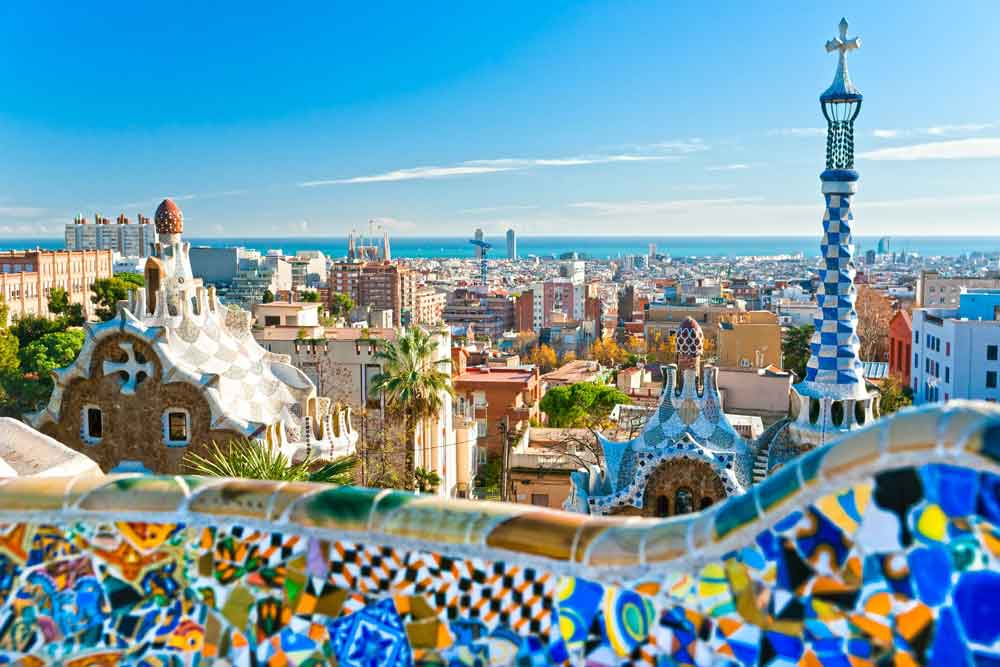 London, Paris, New York, Rome—these cities have always been celebrated for the breadth and depth of their artistic and cultural offerings.

Because of this, it’s easy to overlook other locations that can present an equally rewarding experience for the discerning visitor. Read on for our take on some of the most cultural cities in the world.

Gracious southern hospitality, carriage rides, antebellum architecture and the scent of blooming jasmine—the romantic charm of this elegant cultural city makes it a destination for millions of tourists every year.

You can happily while away the hours strolling down the beautiful waterfront or exploring the French Quarter but there are also some cultural gems worth a visit, including the Gibbes Museum of Art—housed in a beautiful Beaux-Arts building—and the elegant Dock Street Theatre. There are also over 50 galleries to explore, numerous cultural events throughout the year and a live music scene that’s surprisingly vibrant for so small a city.

Gaudí is often the first name that springs to mind when it comes to Barcelona, yet while his distinctive, instantly recognisable architectural works—such as the Park Güell and the Sagrada Familia—are a must-visit, they’re not the only thing to explore in this buzzing cultural metropolis.

Famous museums such as the Museu Picasso—containing one of the biggest collections of Picasso pieces in the world—can’t be missed but do make sure you also investigate this cultural city’s thriving, eclectic contemporary arts scene, taking in galleries and museums such as Artevistas, Miscelänea, the MACBA Centre, Espai (b) and +R Galería. If you like to wander, explore historic neighbourhoods such as El Born and the Gothic Quarter, both full of street art.

Aside from being the stage for America’s political power players, Washington D.C. is also a museum lover’s dream, with a lot to choose from—the Smithsonian Institute has 19 alone. With many conveniently located along or near the majestic Mall, they cover everything from classic front page headlines at the Newseum to confronting slavery and oppression at the recently opened National Museum of African American History—there’s even an International Spy Museum.

As well as hosting many prestigious cultural venues such as the Kennedy Centre, Washington—fitting for a place that the likes of Duke Ellington and Shirley Horn called home—is also a jazz hub, with multiple clubs centred on the U Street Corridor.

From cherry blossoms to a multitude of exquisitely crafted Buddhist temples and Shinto shrines, the ancient capital of Japan is an aesthete’s dream, with beautiful architecture and exquisite food to boot. Since the 1990s, it’s also been challenging Tokyo’s position as king of Japan’s contemporary arts scene. A deeply cultural city, it’s crowded with lots of independent galleries that champion local talent such as the Kodama Gallery, which promotes Kyoto and Osaka artists, and En Arts, set in the beautiful surrounds of Maruyama Park. Museums range from traditional heavyweights such as the Kyoto Municipal Museum of Art to quirky examples like the wonderful International Manga Museum.

Whether it’s thronging your way through the mayhem of the Djemaa el-Fna with its street performers and food stalls, hunting for treasures in the labyrinthine souks or sipping mint tea at a terrace top cafe there’s plenty to see and do in vibrant, bustling Marrakech.

While the country as a whole abounds in exquisite examples of ancient Islamic and Berber art, Marrakech in particular is a hub for Morocco’s contemporary culture scene. Try the likes of the acclaimed Marrakech Museum for Photography and Visual Arts, the Matisse Art Gallery (a platform for both international and Moroccan artists) and funky Galerie Rê, to name a few. Special mention should also go to the Jardin Majorelle, located on the outskirts of the medina. Painted a vivid electric blue this exquisite house and gallery, set in beautiful botanic gardens, was once the home of the late French designer Yves Saint Laurent.

The former imperial capital, once the seat of the Romanovs, is now a dynamic cultural hub crammed with must-see sights—from the world-renowned ballet and opera at the Mariinsky Theatre to the treasure troves that are the Hermitage and the sprawling State Russian Museum, the latter spread out over four luxurious palaces. There’s also a burgeoning independent arts scene that covers everything from scrappy little galleries to the modern Erarta Museum—the biggest contemporary art gallery in Russia. A particular highlight is the city’s famous White Nights in the summer, when the sun never sets and the whole city comes out to indulge in festivals, concerts and parties all night long.

Want to discover other cultural cities in the world? Click here to learn about bustling Buenos Aires.