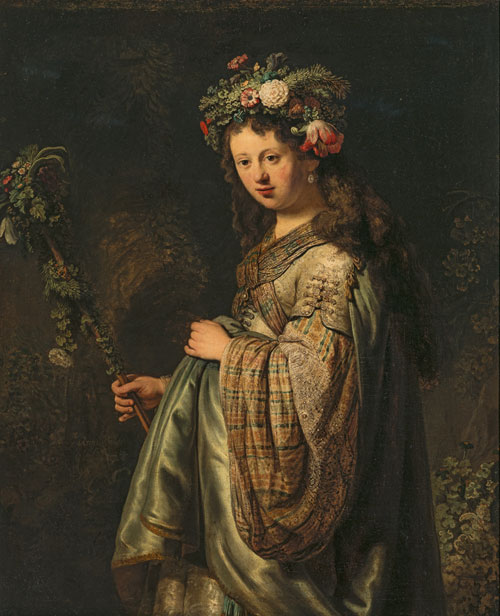 An exhibition at the Hermitage Amsterdam museum will highlight the vast success of 17th century Dutch art.

During the Dutch Golden Age, a period spanning the 17th century, the Dutch nation flourished, leading European art—among many other things—and triggering a boom in the production of artwork. Dutch Golden Age painting thrived during this time—it is said that around seven million works of art were produced during this period. Out of these, around 1.3 million were created in the 20 years after 1640 alone.

Dutch Golden Age paintings reflect many characteristics of the Baroque style, though it fails to show the idealisation of subjects and love of splendor typical of the exuberant movement. In fact, most of the work demonstrates the attributes of realism—especially in the depiction of light and shadow—which it inherited from Early Netherlandish painting.

Art during this time was not the domain of the rich: even the poor could find the money to purchase a print. At the beginning of the century, art training was still predominantly undertaken through the somewhat medieval system of apprenticeship to a master. Workshops tended to be small in the Netherlands, with their size often restricted by the guild.

Paintings—or rather, what was portrayed in them—were divided into somewhat of a hierarchy and some were considered more prestigious than others. History and portrait paintings enjoyed high standings on this ‘ranking of genres’, while landscapes and still lifes held a much lower status.

A distinguishing characteristic of the period, when compared to earlier European work, is the small amount of religious portrayals and paintings. In fact, the period in itself is famous for depictions of peasant life, landscapes, townscapes, flower paintings, maritime paintings and still lifes. Even though Dutch artists concentrated on these ‘inferior’ categories, by no means did they reject the concept of hierarchy altogether.

Well-known masters from this epoch, including Vermeer, Rembrandt and Hals, created pieces that now occupy pride of place in prestigious museums worldwide. However, it wasn’t until the 18th century that wealthy collectors around Europe and the rest of the world recognised the true worth of their art.

The demand for these Dutch masterpieces grew—especially in Russia. Tsar Peter the Great began forming his modest collection with the acquisition of Russia’s first Rembrandt, David and Jonathan (1642), when he was just 25. When Catherine the Great became Empress of Russia in 1792, she acquired works from a number of private collections from around Western Europe and created an impressive art gallery to appear an enlightened monarch to her subjects. This led to a shift in opinion and a growing respect for the Masters of the Low Countries, ultimately leading to increased international investment into Dutch art.

From 7 October 2017 until 27 May 2018, the Hermitage Amsterdam will be an unmissable destination for lovers of art from the Dutch Golden Age. For the first time ever, the museum is holding an exhibition devoted to the artistic gems of the State Hermitage museum in St Petersburg: its collection of 17th century Dutch paintings.

The display, which will showcase an impressive selection of 63 works by 50 different artists, will seek to highlight the Russian Tsar’s love of Dutch Masters and explore the way these masterpieces found their way to Russia. It will feature portraits by Rembrandt, Gerrit Adriaensz Berckheyde, Ferdinand Bol, Gerard ter Borch, Gerard Dou, Govert Flinck, Jan van Goyen and other gifted painters who held a prominent role at the time. Most of these works, which will be exhibited in their original period frames, have not been seen in the Netherlands since their acquisition for the Russian collection.

The exhibit will also widely cover Dutch Golden Age painting—spanning from 1650 and 1670—which will be represented by no less than 37 works. World-famous highlights on display will include Rembrandt’s Flora (1634) and Young Woman with Earrings (1657), one of Frans Hals’ male portraits and Bartholomeus van der Helst’s Nieuwmarkt in Amsterdam (1666).

The vast success of 17th century Dutch painting somewhat overshadowed and overpowered the work of ensuing artist. It is argued that until Vincent van Gogh, no 18th or 19th century artists became well known outside of the Netherlands, or quite measured up to the fame and fortune of the Dutch Masters.

Dutch Masters from the Hermitage will be on show in the Nieuwe Keizersgracht wing of the Hermitage Amsterdam from 7 October 2017 until 27 May 2018. For more information, visit hermitage.nl

If you have enjoyed this article, click here to read more on Arts & Collections about Modigliani.