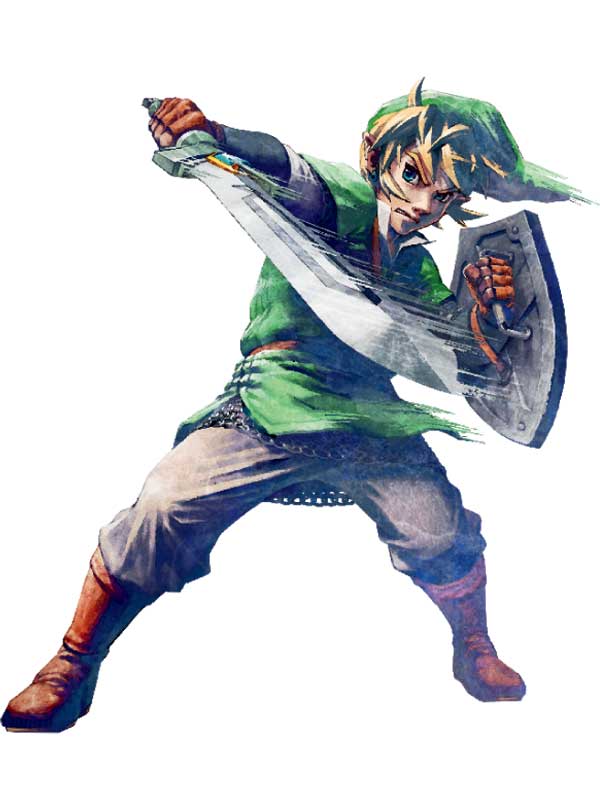 The Legend of Zelda and the journey that follows—a journey that may take you onwards to classical operas such as Anna Bolena, Siegfried, and La Traviata, courtesy of The Met: Live in HD, as the curtain rises on a glittering new opera season.

As everyone knows, October, 2011 saw the 25th anniversary of Nintendo’s The Legend of Zelda. This quarter-century landmark was celebrated with an anniversary concert in two cities, LA and London.

The first concert took place on October 21 at the Pantages Theatre in Los Angeles, and included songs from the iconic series, hand-picked by Nintendo composer Koji Kondo and his team. Then, on October 25 at London’s Hammersmith Apollo, The Legend of Zelda 25th Anniversary Symphony arrived in the UK with a 70-strong orchestra and choir to perform especially re-worked arrangements from the legendary video game’s 25-year history.

Scott Moffitt, Nintendo of America’s executive vice president of Sales and Marketing, comments: ‘The Legend of Zelda has few peers in the pantheon of video game giants, and the games and their music have always shared a deep connection. Through these concerts, fans nationwide will be able to gather and show their love for the quarter century of action, adventure and excitement that The Legend of Zelda games have brought to their lives.’

If you played Nintendo games in the 1980s, you’ll know many of the themes composed by Koji Kondo: The Legend of Zelda, Super Mario Bros., Starfox, and nearly all of their sequels.

The live concerts are hugely popular—when Kondo attended the world-première of Play! A Video Game Symphony at the Rosemont Theater in Rosemont, Illinois in May 2006, the event drew an attendance of over four thousand Nintendo devotees.

Although video game music has yet to enter the classical concert repertoire, it does seem to be spawning its own particular musical genre. For example, Symphonische Spielemusikkonzerte, or the Symphonic Game Music Concerts, is a series dating back to 2003. These concerts present annual German video game music (and are the longest running concert series outside of Japan, where the ‘game music concert’ idea first took off) which are produced by Thomas Böcker and performed by various orchestras conducted by Andy Brick (2003–07), Arnie Roth (2008, 2009 and 2011), and Niklas Willén (2010).

Game music concerts don’t rely on showing game footage, and in fact rarely do, but focus rather on the quality of the music and its performance. So, whilst the divide between classical music and game music is as wide as ever, the upside is that well-crafted game music is serious in its own way, it excites its young devotees and may ultimately take them on a journey that will lead them to appreciate—who knows—Haydn, Mozart, Beethoven, Schubert and many others besides.

Music for screen performances of a different kind comes in a series of live operas relayed to selected cinemas. Yes, it’s New York’s famous Met that has a series of award-winning live performances relayed in high definition to movie theatres around the world. The Met blazed a trail with the series which started in September with Donizetti’s Anna Bolena and starring the great soprano Anna Netrebko.

They even told us why we should see this opera (perhaps they are talking to Nintendo followers who might think of taking in a movie), ‘You should see it because: Donizetti’s moving depiction of an ill-fated queen contains some of the most beautiful vocal writing in Italian opera.’

Anna Bolena was followed on November 5 by Siegfried, the third installment of Wagner’s Ring cycle, conducted by James Levine and starring Patricia Bardon, Bryn Terfel, Deborah Voigt/Katarina Dalayman, Gary Lehman/Stephen Gould, Gerhard Siegel/Robert Brubaker. And why should you see it? ‘Wagner, the undoubted master of operatic drama, is at the peak of his mighty powers.’.

This sixth series of The Met: Live in HD treats this potentially massive audience to no fewer than 11 great operas, concluding on April 14 with Verdi’s La Traviata (and we’re advised, ‘See it if you liked: La Bohème, Tosca, Carmen.’). If you’re unable to ‘see it’ in a cinema near you, then you can hear it—the operas were broadcasted on the UK’s classical music station, Radio 3.