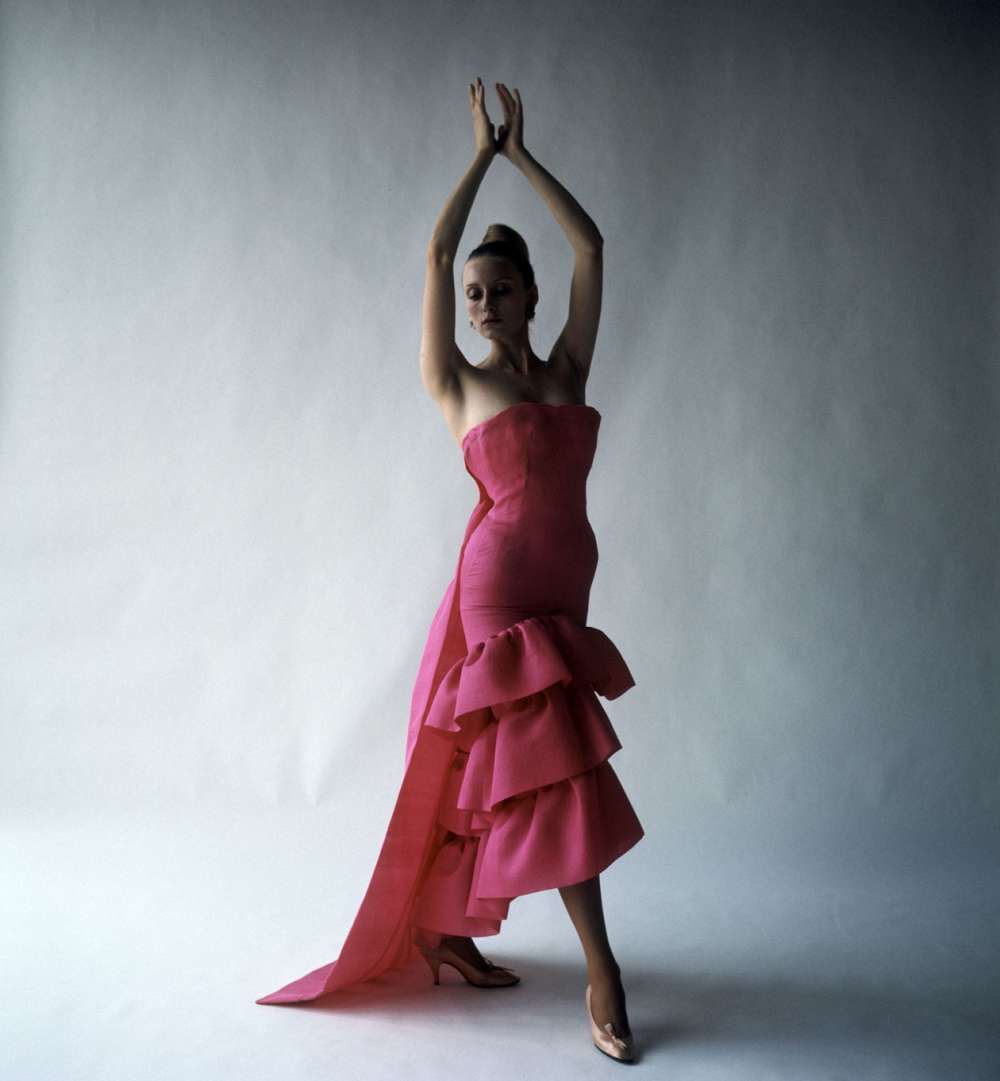 The V&A unveils its newest exhibition to celebrate the Spanish couturier Cristóbal Balenciaga—famed for his pioneering fashion designs founded on structure, fluidity and breaking the status quo.

His innovative clothing designs and groundbreaking manipulation of fabrics helped craft an immovable legacy within the fashion industry. Regarded by his peers as the pinnacle of style, his former apprentice Oscar de la Renta revered him as a designer ‘who never did anything in bad taste’, while his protégé Hubert de Givenchy described him as ‘my religion’.

From the 27 May a retrospective entitled, Balenciaga: Shaping Fashion will be exhibiting at the Victoria & Albert Museum to celebrate works from the illustrious career of Cristóbal Balenciaga. Showcasing over 100 garments and hats, crafted by ‘the master’ of haute couture along with his protégées and other designers that have been influenced by his techniques. This event marks the 100th anniversary of the opening of Balenciaga’s first fashion house, Eisa, along with the 80th anniversary of the opening of his famous fashion house in Paris.

Born in 1895 in a small fishing village in northern Spain, Balenciaga was the son of a popular seamstress who acquired an eye for fashion early. From the young age of 12 he began an apprenticeship in a local tailor shop, nurturing his skills and passion for the craft. Many of his memorable designs are inspired by his Spanish heritage—his Infanta dress being a prime example. The layering of the fabrics and vibrant colours echoes that of a flamenco dancer’s dress. Other samples of his garments reveal similar nods to his roots with details of black lace, silk, complex beadwork and Latin-inspired patterns.

The V&A’s collection focuses on his work from the 50s and 60s, arguably the most creative era of his designs. His iconic shapes are still valued as wardrobe staples today—examples appearing within the exhibit include: the tunic, sack, baby doll and shift dresses.

Balenciaga’s soaring reputation gave him the opportunity to style various members of the elite; he made it a priority to build strong relationships with these clients. A few privately commissioned ensembles will be displayed at the exhibition, most notably outfits created for: Ava Gardner, Gloria Guinness and wealthy socialite Mona von Bismarck. Von Bismarck, who was a particularly prestigious client, often came to him for both casual and luxurious attire.

From lavish ball gowns to garden-wear, her commissioned pieces all take pride of place in the collection. It is rumoured that after his death in 1972, von Bismarck took to her bed for three days to mourn his passing.

During the 50s, while most designers were stuck in the ‘New Look’ fashion mentality with hourglass waistlines, Balenciaga was reimagining the future of fashion. He introduced glamour without a waistline with the release of his sack dress.

Never before had non-figure-hugging designs been considered chic. His aim was to break away from the restrictive nature of haute couture, instead emphasising the body with flow and movement of material. Although his designs were originally met with a degree of apprehension by the press, it didn’t take long for them to be accepted for their ingenuity and filter down into the mainstream. Balenciaga’s advanced skills in tailoring allowed him to translate his structural ideas from paper into real-life, giving him an edge over his competitors.

The collection will be brought together with archive sketches, patterns, photographs, fabric samples and catwalk footage to provide an in-depth look into the unique work that led to Balenciaga’s reputation as one of the most influential fashion designers of the 20th century.

The first room of the show seeks to diminish the millennial visions of fashion as solely constricted to trend and pattern, by putting a larger emphasis on garment construction. Participants will be transported back to experience Balenciaga as it would have been in its heyday.

Meanwhile, the museum is also featuring a collaborative digital pattern-making project with the London College of Fashion, along with a high-tech forensic investigation into the garments with X-ray artist Nick Veasey. X-ray shots capture the outfits from an original perspective; unveiling the intricacies and detailing that make up each garment’s complex silhouette.

The second half of the exhibition focuses on Balenciaga’s lasting impression on the fashion industry, revealing elements of his style in over 30 different fashion designer’s work in a 50-year period. His minimalist aesthetic has undoubtedly been passed on through the designs of his former apprentices André Courrèges and Emanuel Ungaro, and seen in a later revival by Phoebe Philo.

But the transitioning nature of fashion was difficult for Balenciaga. For a man who had once stated that he could not imagine creating clothing without knowing who it was intended for, the mass-produced culture that was emerging left him side-lined for a while. However, the cyclical nature of design has meant that the concept of customer experience is hugely emphasised in today’s designs. For that reason, many people believe that Balenciaga’s work and attitude was ahead of its time.

It isn’t hard to find whispers of Balenciaga’s avant-garde flair imprinted on today’s designs—in fact one might only need to open their wardrobe doors. The V&A’s extensive collection aims to shine light on an innovator whose genius transcends time. In the words of Christian Dior, ‘Haute Couture is like an orchestra whose conductor is Balenciaga. We other couturiers are the musicians and we follow the direction he gives.’