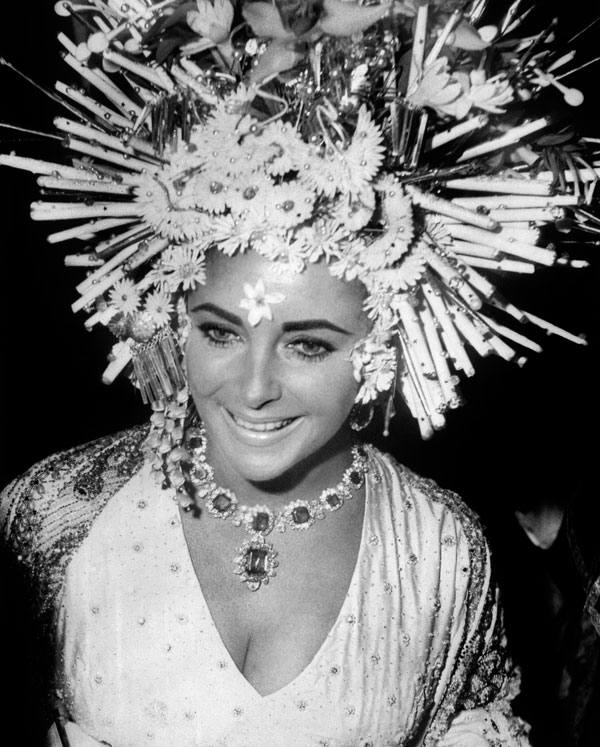 Italian fashion has always been immensely influential in terms of chic style, which has made these couture and ready-to-wear items desirable and collectable.

It’s 12 February 1951 and the stage is set for an event that will transform the face of fashion forever. A select group of American buyers and journalists are gathered in attendance at a Florentine villa belonging to Count Giovanni Battista Giorgini.

A handful of models – some of whom are members of Giorgini’s own family – exhibit a panoply of designs by Roman couturiers and Florentine designers – including creations by a young Emilio Pucci. The success of Giorgini’s first venture whirls into a second show later that year, which ultimately snowballs into a third show under the shimmering chandeliers of the Sala Bianca in Florence’s Palazzo Pitti. This is the event that will later become known as ‘the birth of Italian fashion’.

These early shows were a pivotal focus for Sonnet Stanfill, curator of The Glamour of Italian Fashion: 1945-2014 at London’s Victoria & Albert Museum. The recent exhibition of photographs, correspondence and documentation date back to this period of Italy’s fashion industry.

From couture dating back to the 1950s to striking pieces from 2014’s Spring/Summer collections, The Glamour of Italian Fashion showcased around 120 ensembles, including a blend of garments and accessories. Visitors could even immerse themselves in the opulent glamour of Italy’s fashion industry by feasting their eyes on original footage from the 1950s shows.

With such an expansive chronological and geographical scope to cover, handpicking each item for the collection was one of the greatest challenges Stanfill faced during her research. The final selection was the culmination of two years of research in national museums, theatre collections, textile factories and private archives.

‘The focus for selecting objects was on extremely influential designers, and particularly pieces that represented when those designers were at their highest level of influence. The selection reflected the participants’ contribution to fashion, rather than an exercise in ticking names off a list,’ said Stanfill.

As such, visitors who made their way to the museum could revel in the exquisite aesthetics of design houses that included the likes of Valentino, Gucci and Prada, as well as upcoming designers. However, these elegant ensembles represented more than a display of graceful clothing – they had a story to tell: the ‘Made in Italy’ story.

Following World War II, an injection of American funds through the Marshall Plan galvanized an Italian economy that was in ruins. Factories were re-tooled, and family businesses scattered across Italy’s ‘distretti produttivi’ (productive districts) came back to life.

Como reignited its reputation as the City of Silk and Tuscan leather producers were roused from their slumbers. By the time the 1950s rolled around, savvy entrepreneurs like Giorgini were organising the fashion shows that catapulted Italy’s luxury manufacturing sector onto the world stage.

Competing with Paris for recognition from American buyers was a major component in Italy’s rise to success. The light, unstructured silhouettes of Italian tailoring were a great contrast to the polished perfection of Parisian couture, and by offering more competitive prices Italy made a name for itself. By the late 50s, fashion exports had grown more than 150 percent.

Silver screen stars like Audrey Hepburn and Elizabeth Taylor were instrumental in shaping the global reputation of Italian style. Often bedecked in dazzling Bulgari jewels, Taylor sparkled as an ambassador for the iconic jewellery brand and its exuberant style. Richard Burton himself joked that, ‘The only word Liz knows in Italian is Bulgari’.

Sonnet Stanfill worked closely with Bulgari to select key pieces from the brand’s Heritage Collection to be shown as part of the V&A’s exhibition.

“[The exhibition] parallels the highly creative post-war period at Bulgari when the third generation of the Bulgari family took over the company and brought a bold and youthful spirit to jewellery design,” said Julie Ann Morrison, managing director of Bulgari UK.

Taylor’s striking emerald necklace, which is rarely seen on public display, is comprised of platinum with diamonds and emerald. Reportedly, it was one of the actress’s favourite pieces.

The 1970s ushered in a deluge of prêt-à-porter fashion from Milan, which soon established itself as the fashion capital of the country. The 1990s cemented Italy’s reputation on the global fashion scene, and Italian designers like Dolce & Gabbana and Armani attained cult celebrity status.  The ‘Made in Italy’ label blossomed more than ever.

As well as charting the course of Italian fashion so far, the V&A’s exhibition illustrated what the future holds for Italy’s luxury manufacturing sector, particularly in the face of new production dynamics from the country’s growing number of Chinese-owned garment factories.

According to Stanfill, the future remains bright, with emerging markets across the globe crying out for an aesthetic opulence that only Italy can satisfy.

Angela Missoni is the Creative Director at Missoni – a Varese-based design house started by her parents in the 1950s.

“I don’t think the fact that the fashion world became more global in the past 20 years and that emerging markets are coming will change the way we design clothes,” said Missoni. “We are aspirational.”