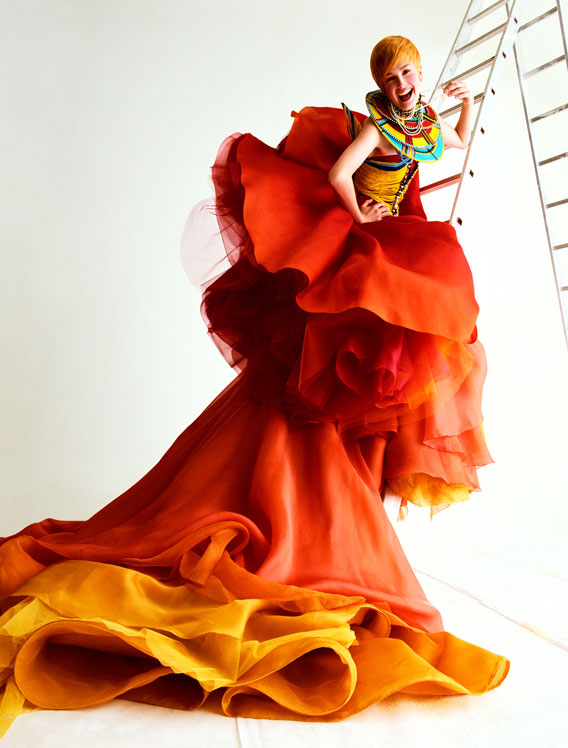 Dior, one of the most prestigious couture houses on the planet, is celebrating its 70th anniversary this year. An exhibition in Melbourne charts its phenomenal history with an exclusive and elegant exhibition.

When Christian Dior was asked by wealthy French entrepreneur Marcel Boussac to design for Philippe et Gaston—a renowned and established Paris fashion house—in 1946, he politely refused. His dream was to make a fresh start in the textile industry under his own name, and later that same year he did just that. On 16 December, with backing from Boussac himself, Dior founded his now legendary fashion house.

Seventy years after his first-ever collection—named New Look by Harper’s Bazaar’s then editor-in-chief Carmel Snow—made its debut in 1947, Dior is still a trailblazer in the international haute couture world. Characterised by a small pinched-in waist and a full skirt falling just below the knees, pieces in this early collection brought back the spirit of haute couture in France and revived and revolutionised the industry as a whole. It didn’t come without criticism, however, with many claiming that Dior’s use of large amounts of extravagant fabrics during a post-war period of cloth rationing and restrictions was wasteful.

As the Dior brand grew, so did its presence around the globe. In 1947, Christian Dior Parfums was established with the launch of its first scent, Miss Dior. A year later, in 1948, the opening of a luxury ready-to-wear boutique on 5th Avenue in New York city signaled a true turning point for the fashion house as it started to expand from its French beginnings. The first Dior lipstick was released in 1955 and its cosmetics business was born in 1969 with the release of an exclusive line.

By then the fashion house had well and truly taken off—it boasted the sale of more than 100,000 garments before its 10th anniversary. When Christian Dior died in 1957, the company went through a brief, but dramatic, period of turmoil. The general manager at the time, Jacques Rouët, considered shutting down the operation worldwide, but it was the promotion of 21-year-old Yves Saint Laurent to the post of artistic director that truly propelled the label back on its feet.

To celebrate this Dior anniversary, the National Gallery of Victoria in Melbourne, Australia is staging a sumptuous display dedicated to Dior’s fashion history and evolution of style through time. Divided into distinct themes, the exhibition will feature more than 140 garments designed between 1947 and 2017 by its most celebrated artistic directors—namely Christian Dior himself, Yves Saint Laurent, Marc Bohan, Gianfranco Ferré, John Galliano, Raf Simons and the recently appointed Maria Grazia Chiuri.

Some highlights on display include Christian’s 1947 New Look collection, ball gowns, haute couture evening dresses and some signature inaugural pieces by the fashion house’s first female creative director, Chiuri. The exhibition, which is organised in collaboration with Christian Dior Couture, will also examine the founder’s early influences, chart the expansion of the brand after his early death in 1957, highlight the role of accessories in haute couture and give visitors insights into the label’s famous atelier workrooms. Dior’s longstanding connection to Melbourne will also be examined; the exhibition will include the historic 1948 Spring fashion parade—the first complete Dior collection of its kind to be shown outside of Paris.

Christian Dior’s flagship item, the iconic Lady Dior bag, has become a true fashion statement as well as one of the most recognizable accessories in the whole industry. The designer’s couture garments are worn by the most famous celebrities worldwide, and the brand is represented by modern-day stars such as Natalie Portman, Bella Hadid, Johnny Depp and Jennifer Lawrence. From its beginnings as a small fashion house in Paris, Dior’s stellar growth into one of the best-known names in fashion has truly been a one-of-a-kind journey.

The House of Dior: 70 Years of Haute Couture will run from 27 August to 7 November 2017 at the National Gallery of Victoria in Melbourne.