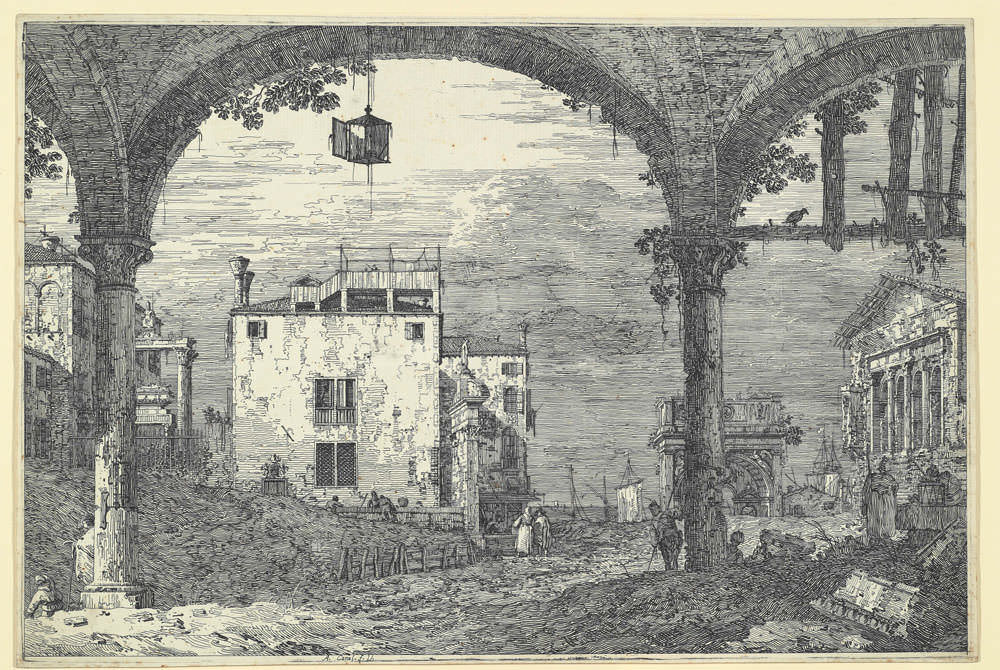 The Courtauld Gallery houses one of the most significant collections of works on paper in Britain, with approximately 7,000 drawings and watercolours and 20,000 prints ranging from the Renaissance to the twentieth century.

The upcoming Summer Showcase from June 19 to September 21, 2014 provides visitors with an introduction to an important part of the Gallery’s outstanding collection – its holding of prints.  This selection of some 30 examples spans more than 500 years and encompasses a variety of printmaking techniques.

The showcase opens with the Italian Renaissance artist Andrea Mantegna’s engraving of The Flagellation of Christ, which powerfully reinvents this often depicted Passion scene.  By contrast, the grand scale of a ten-part engraving after Michelangelo’s celebrated Last Judgment by French printmaker Nicolas Béatrizet exemplifies the ability of a print to reproduce a monumental work of art in spectacular fashion.

Subjects of Christian iconography dominate 15th and 16th century printmaking but from early on were complemented by secular topics, with printmakers catering for a demand amongst collectors for new imagery.  An example is Pieter Bruegel the Elder’s Rabbit Hunt (1560), the only print executed by the artist himself, done with the etching technique: its relative freedom and ease is more closely comparable to drawing, allowing him to render the scene with remarkable naturalism.

The possibilities of printmaking greatly expanded in subsequent centuries. Prints could record historical events such as battles or pageants, as in the exquisite etchings of Jacques Callot and Stefano della Bella.

Moreover Canaletto’s views of 18th century Venice play wilful games with the city’s geography and are shown alongside the striking architectural inventions of his contemporary Piranesi. The following 19th century in France saw avant-garde artists embracing printmaking, with Edouard Manet’s homage to Old Masters, Paul Gauguin’s revival of the woodcut and Henri de Toulouse-Lautrec’s adoption of the newer technique of lithography for his evocative depictions of Parisian entertainment such as his dynamic Jockey. In the 20th century Pablo Picasso’s and Henri Matisse’s tireless experimentation helped ensure the vitality of printmaking in the art of their time.

The showcase concludes with prints by Lucian Freud, now widely acknowledged as a modern master of the medium, and with more recent work by Chris Ofili whose prints, both figurative and abstract, have continued to reinvent printmaking in the 21st century.

The Courtauld’s prints collection is largely the result of a series of remarkable individual gifts which are now presented to the public by the Summer Showcase of the Gallery.

Ruin Lust: Get lost in beautiful ruins in the Tate Modern

Carpets of the East in Paintings of the West to Admire at the Met, New York