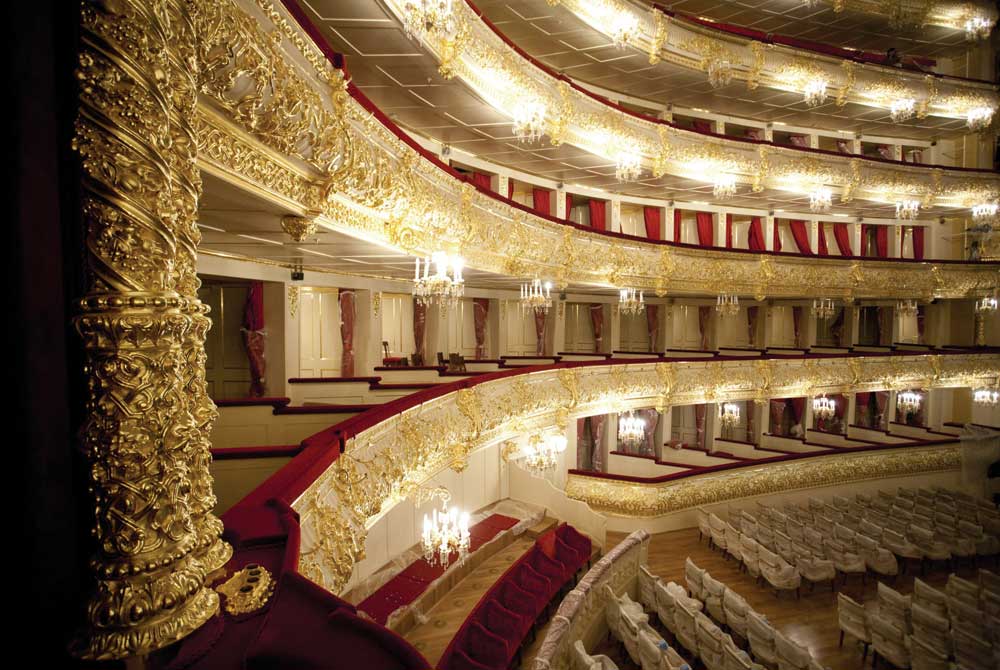 The prospect of a new golden era returns to the Bolshoi, and while London’s opera-goers give Plácido Domingo one of the loudest and longest standing ovations, New York City’s Carnegie Hall is gifted more than $950,000, at the same time enticing us with winter warmers for chilly February nights.

Whether you happen to be in London, New York, Paris, Milan or any number of other major cites, the winter season always offers rich rewards to concert and opera-goers, and of course for those who love ballet, too.

Recently re-opened to a great fanfare is Russia’s Bolshoi, following a lavish renovation that took six years to complete. This magnificent makeover is said to have cost in the region of $700 million and it has revived a revered cultural symbol that was previously scarred by centuries of use and neglect.

The gala opening of the renovated Bolshoi was by invitation only, with a guest list set by the Kremlin itself. In the weeks of opening, there were reports in the local press that tickets were changing hands for as much as 2 million rubles ($6,700). Politicians, billionaires, film directors and fashion designers of the Russian elite strolled the red carpet leading up to the cream-coloured, eight-columned ballet and opera house, an establishment that began life as the personal project of Empress Catherine the Great who founded it in 1776.

Taking to the grand stage on the opening night, President Dmitry Medvedev said: ‘The Bolshoi is one of our greatest national brands so we are all celebrating the opening of the main building of the Bolshoi theatre.’ Yes, brands mean so much more these days than what you keep in the kitchen cupboard.

Fittingly, opening performances are the all-time favourite Christmas brand, Tchaikovsky’s The Nutcracker. Hurry, tickets for the late December performances have only recently gone on sale.

If you were there, it was a moment to remember… Just last month opera’s elder statesman Plácido Domingo marked his 40th anniversary at London’s Royal Opera House with a gala concert that was concluded by one of the longest and loudest curtain calls the venue has seen in many years. The house was packed to capacity, with a sellout crowd paying up to £225 a seat. The mighty Plácido Domingo performed the final acts of three of his favourite Verdi operas to the tumultuous crowd of wellwishers—Rigoletto, Simon Boccanegra and Otello.

This year Christmas has come early for New York City’s Carnegie Hall in the form of a $951,000 donation. The benefactor is Goldman Sachs and the gift is in support of The Academy—a programme of Carnegie Hall, The Juilliard School, and the Weill Music Institute in partnership with the New York City Department of Education.

A two-year fellowship programme, The Academy supports some of the country’s finest young professional musicians in developing careers as top-quality performers and dedicated teachers who are fully engaged with the communities in which they live and work. As an integral part of the programme, each Academy fellow partners with a New York City public school, providing support, inspiration, and artistry to students in all five boroughs.

This donation from Goldman Sachs Gives, a donor-advised fund, is the largest single-season corporate gift that Carnegie Hall has ever received and was made at the recommendation of Edward C. Forst, Carnegie Hall’s treasurer and member of its board of trustees, and Global Co-Head of the Investment Management Division at Goldman Sachs.

Doubtless this will help to ensure a festive atmosphere at Carnegie Hall over the Christmas and New Year period. And just to keep our spirits up when we most need it, the organisers have already announced some sparkling concert highlights for February, 2012.

Chief among these are Sir Roger Norrington who conducts the Orchestra of St. Luke’s in Beethoven’s Piano Concerto No.1 in C Major with guest soloist Jeremy Denk, as well as Haydn’s Symphony No.39 in G Minor and Mozart’s Symphony No.39 in E-flat Major on Thursday, February 16 at 9.00pm.

On Sunday, February 19 at 7.30pm  pianist András Schiff presents a public master class as part of his Perspectives series, sharing his insights on Bach and Bartók with four emerging pianists as part of a Professional Training Workshop presented by Carnegie Hall’s Weill Music Institute.